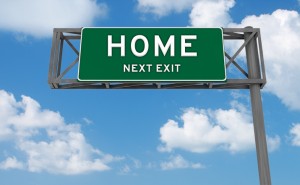 After nearly three months away my Prodigal Son has returned from South America and this weekend has been spent, with all the family, filling in the gaps of the trip that he had not told us whilst he was away in order to preserve our nerves!

All four friends have survived and come home relatively unscathed, apart from a tattoo that not too many people will ever see and some facial hair that he is trying to call a beard but the words ‘bum fluff’ spring to mind, and with only £18.39 left in his bank account. He has memories, that he will not forget for a long time, of experiences that he is unlikely to have again. He learnt some serious life lessons, that the world is not such a nice place and just because someone speaks English well and is very friendly they are not necessarily to be trusted. The latter was proven as their fellow travellers were taken by force to a bank where under threat they were made to withdraw money and hand it over to their abductors.

They have seen one of the seven wonders of the world, Machu Picchu, lain on deserted beaches, taken 48 hour bus trips, met Pablo Escobar’s brother, stayed in the highest 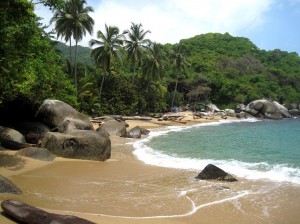 city in the world, and also in the most notorious and the latter gained its notoriety for all the wrong reasons! They have learnt to barter and to budget, to care for each other when ill, to talk and to share with other travellers from all over the world and most importantly they have learnt what to tell their parents and what stories are best left on tour!

He asked for Roast Beef and Yorkshire Pudding as his first meal plus his favourite chocolate brownies, slept for 18 hours in his comfortable bed, made us all realise what it is that we have missed so much which was his humour together with the way he manages to turn any situation into a funny one!

I am happy and relieved he is back but I think he now has the travel bug and will be off to seek out new adventures as soon as the bank account is replenished!