If you have never been to the Globe Theatre, and I had not until now, then I strongly recommend that you take the family to see this wonderful production. 946 The Amazing Story of Adolphus Tips has been adapted by Michael Morpurgo and Emma Rice, from Michael Morpurgo’s book. It is performed by the Kneehigh Production company in association with Birmingham Repertory and Berkeley Repertory company.

Some 20 years ago we took our young family to see the Kneehigh perform outdoors at Trelowarren House on the Lizard in South Cornwall. We were holidaying nearby and this was a perfect afternoon’s entertainment as we were led by the actors around the woods and we became part of the play. I cannot remember the name of the play or the story but I do remember how much we enjoyed it and how my eldest daughter wanted to marry the lead actor – she was 5 years old!

So I was thrilled to see them again and whilst they have increased in size they are as innovative and talented as they were back then. 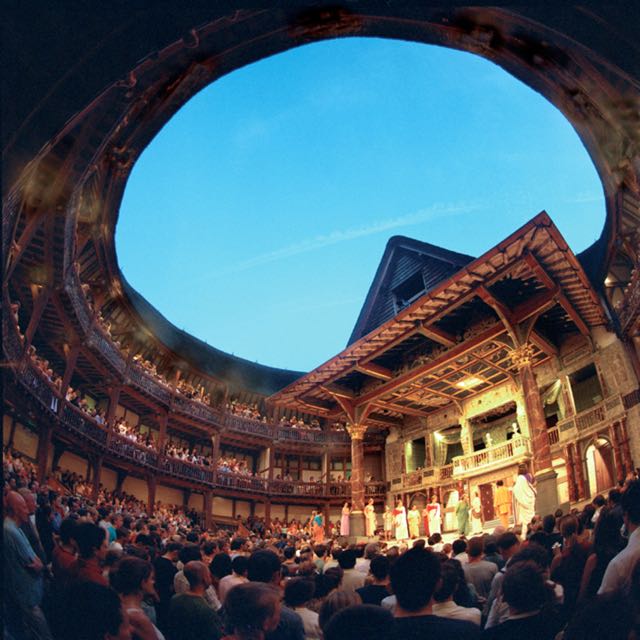 The Globe, rebuilt by Sam Wannamaker, is an art form in itself and as we arrived we saw tourists being given a guided tour. However we made straight for the Swan restaurant and enjoyed a delicious three-course meal sitting riverside with a view of the city and St. Paul’s.

It is a good idea to hire cushions from just outside the main auditorium for £1 as the benches are hard. We were blessed with a warm evening and near perfect conditions – they would have been perfect except we had a very chatty woman behind us who let us all know what she thought of the play as it progressed, luckily all positive.

The story is a true one set in 1944 in Slapton on the south coast of Devon. It is a tale that for 40 years after the war was forgotten as it was a disaster caused by a breakdown in communications. The Americans had arrived in Slapton and evacuated the village so that they could use the beach to practice the Normandy landings in Operation Tiger. However on the night in question one of the British naval escort boats was in port for repair and so there was only one boat available to patrol the English channel and protect the US troops. Unfortunately there were some German E-boats in the channel and they came across the convoy without any obvious naval escorts and they opened fire. 946 lives were lost as they drowned, trapped below deck. Lifeboats were damaged in the attack and could not be launched.  Those soldiers that did manage to leap from their ships soon drowned as they were weighed down with waterlogged coats and many more died of hypothermia. 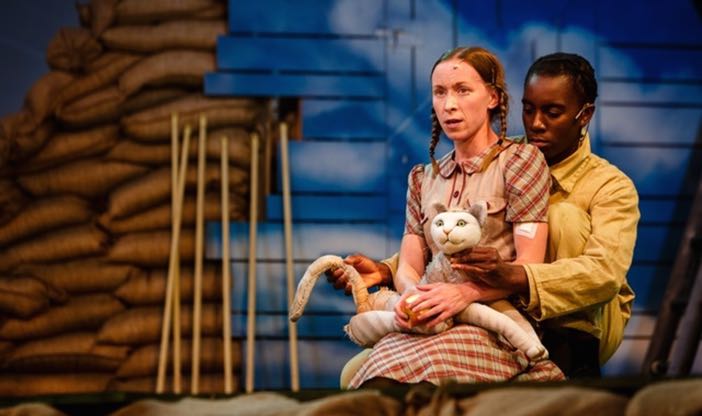 The play, which is part musical, is told through the eyes of a young 12 year old girl, and revolves around her family and the integration with the Americans. Naturally they had never seen black people, heard an American accent or witnessed the war so close. Their own young men were away fighting and the women and elderly men were left to tend to the land.

The direction is so imaginative and there are so many clever touches. The actors mingle with the audience and there is a feeling of complete involvement.

It is only on for two more weeks at the Globe and then it is on UK tour before heading across to the US to New York, Los Angeles and Berkeley so click here to find out where you can catch it.