A story of untold courage and bravery / CountryWives

I have not been able to write a blog for a few weeks, not because of writer’s block but because I have been overwhelmed by grief. For those who have not read my previous blogs, my mother died on 6 September and we buried her last Monday. However whilst this was a very sad time in my life it did not prepare me for the call I received on Tuesday 15 September from a close friend asking that my family should come quickly to a London hospital – his son, aged 26 years, was in the ICU and about to die but wanted to say goodbye. Less than 24 hours later he took his last painful breath and quietly left this world leaving his family and friends broken and devastated. 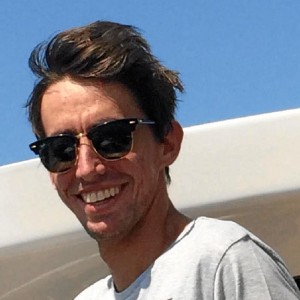 This young man, Leo, was born with Cystic Fibrosis and he and his parents, together with our family had, for over 20 years, spent many holidays together winter skiing in Europe and America, summers in Cornwall and even hotter holidays at their home in Southern Spain where they had moved to soon after he was diagnosed with CF. He had become a brother to my 3 younger children, as close as a son could be to both my husband and I, and an inspiration to so many others. 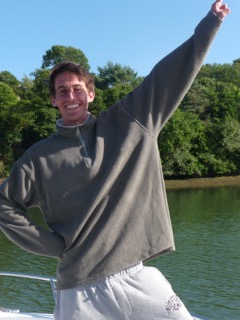 Throughout his life he had fought this disease with an untold level of courage and bravery, so much so that his condition did not define the person that he was.  However, as we stood at his funeral on Tuesday, each of us lost in our own personal memories of this unique and exceptional young man, we were able to reflect on the special qualities that he had. He lived life to capacity never letting his CF hold him back, everything he did he did to the best of his ability and in most cases it was better than everyone else. His relationship with his parents was stronger and closer than most other children have with their parents, and when he made a friend he kept them for life as he was so loyal, but also he realised how important these friends were to him. I do not believe I will ever meet anyone as loved as he was so the grief for all who knew him has and will continue to be overwhelming.

It is times like this that pull you up in your own life. I, as a parent, have watched the parents of this child lead us by their example – not only throughout their only child’s life, when they dedicated every minute to making sure that he was in the best possible health that he could be, but also encouraging him to experience as much of life as he could. They also worked tirelessly for the Cystic Fibrosis Trust raising money to try to find a cure (and will continue to do so), and more recently to making the lives of other patients more comfortable. They, like their son, have never complained and even now, as they try to find some hope and meaning in their life, I have never heard them mention the word ‘unfair’. And yet that is what it is, totally and utterly unfair, and the only way that any of us are able to get up in the morning, get on with our lives, still laugh at the funny times is because we know that is what he would want us to do. Leo had the biggest smile I have ever known, the greatest sense of humour and it was only in the last week of his life, when I visited him with my youngest son in The Brompton Hospital, that he said to us, “I can’t see any light at the end of the tunnel.” This was the first time I had ever heard him say something negative about his life.

In the final 24 hours he told his parents he had no ‘juice’ left to fight this despicable and incurable disease and bravely he and they faced the inevitable.

We are all left bereft, our lives are blessed that we knew him but now lost without him. He will leave a permanent void that can never be filled but we are all now determined to live life as he would, caring, sharing, loving and laughing but always doing the best we can. I think we will fail constantly but we will keep on trying, as he always did, and I hope that everyone who has been affected by his death will find some solace and comfort somehow and somewhere.

I ask now that all those of our CW readers who have read this post and can give money, will donate to the Just Giving page that has been set up in memory of this young man. Your donation will go towards helping other young CF sufferers to live a more comfortable life. Click HERE

Each week five babies are born with cystic fibrosis, and two people die.

As I mentioned earlier he was a brilliant musician and here he is playing keyboard, a lasting memory of a legend of a young man.