Husband managed to secure four tickets to see Adele at the O2 last night – when they arrived in the post we had no idea quite how well he had done. As I sat on my mid afternoon train to London, I wondered what Adele was doing. Was she thinking about how some of her 20,000 strong audience were already making their way to the O2, hours before she was due on stage? 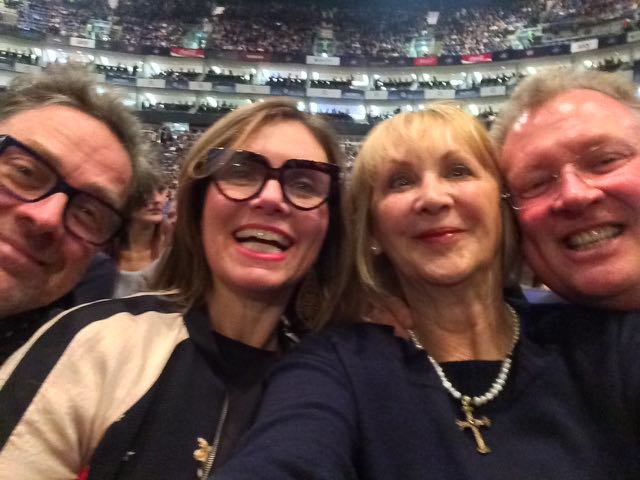 After an early supper at the nearby Greenwich Kitchen (good food, lovely staff), we took our seats in the auditorium which were on the ground floor next to a small raised platform. The lights dimmed and – to our surprise and delight – Adele rose majestically up from this dias right next to us belting out Hello.

She then walked to the main stage and wowed us all not only with her outstanding voice, but with her down to earth personality. We were one very happy audience. 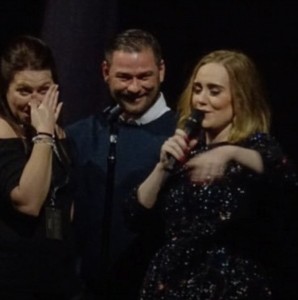 About halfway through, there was somewhat of a commotion in the audience – we had no idea what was happening but it transpired that a man called #JohnnyBiggle was proposing to his girlfriend as Adele was singing “Make you feel my love”. She promptly invited them up on stage and discovered that his (now fiancee) #NatalieKing had been waiting twelve and a half years for him to do so!

My only gripe is the number of people who think it is ok to hold up their mobile phones, obscuring your view of the stage, in order to video the concert. OK, winge over. 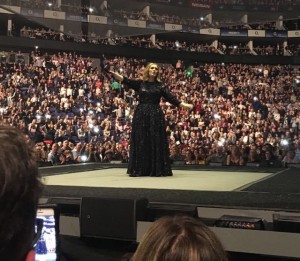 The finale was performed on the dias – with water pouring down from the roof as she sang Set Fire To The Rain. And we could barely believe our luck that we were literally ten feet away from her. Absolutely brilliant. Thanks Adele. And thanks to my lovely Husband for organising such a fun evening.