More to your AGA than just cooking / CountryWives

Grace and I are both AGA ladies and we love these cast iron, continuous heat source cookers. Many of our recipes in our What’s Cooking section have instructions for cooking on an AGA. Mary Berry is a keen advocate of this old-fashioned but very comforting cooker. 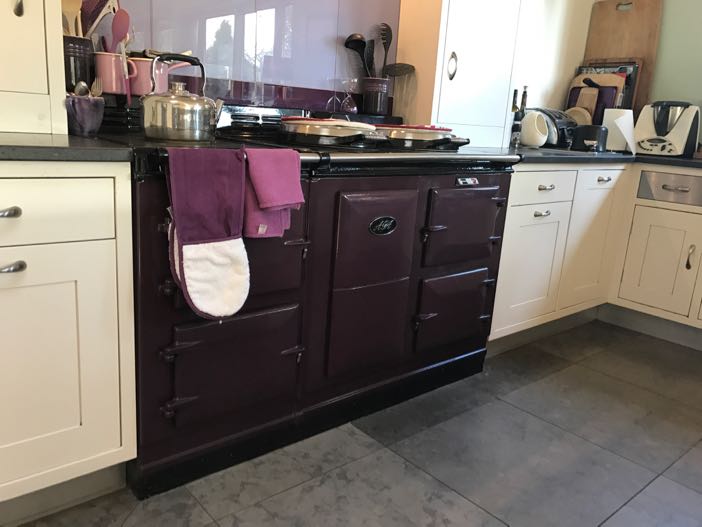 The AGA cooker was invented in 1922 by the Nobel Prize-winning Swedish physicist Gustaf Dalén (1869–1937), who was employed first as the chief engineer of the Swedish AGA company. Originally they were heated by slow-burning coal. The cookers were first imported to Britain in 1929, and manufacturing began there, under licence, in the early 1930s. The cast iron components were first cast at the Coalbrookdale foundry in the 1940s, where they are still made by the AGA Rangemaster Group.

AGA is an abbreviation of the company name, Aktiebolaget Gas Accumulator.

Recently Grace was visiting and she saw how I use my AGA for drying my laundry. It is particularly good for drying jumpers flat so that they don’t become mis-shaped. However all of this is only achieved with the AGA drying racks – the ones that go across the hot plates can be stacked and you can have two layers of jumpers drying with small items hanging at the ends. The one that attaches to the rail on the front of the AGA is great for hanging shirts which cuts back on the ironing. This also applies for bedlinen which, if I fold the sheets and duvet covers neatly, hang them across the rail, the rail keeps them from touching the AGA and avoids any scorching. 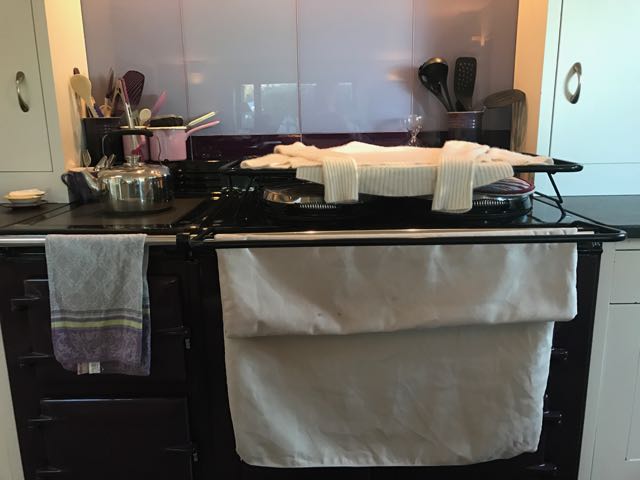 Despite the initial outlay these drying racks will certainly reduce your electricity bills and most items will dry overnight so that you can then, in the morning, remove the racks and keep them stacked tidily away. Unlike tumble dryers they last a lifetime too!!

Just another little Aga tip – if you are making marmalade at the moment and have some orange peel left over then dry it, in either the simmering or warming oven, and use it on your log fires for a delicious winter smell.