All The Light We Cannot See / CountryWives

I have just been away for a long weekend to the south of Spain where the sun shone and we sat outside deserted beachside restaurants enjoying the warmth and the blue skies. I had not read a novel for some time but I took with me the book All the Light We Cannot See by Anthony Doerr. By the time we landed at Almeria I had already read 160 pages and was completely captivated. 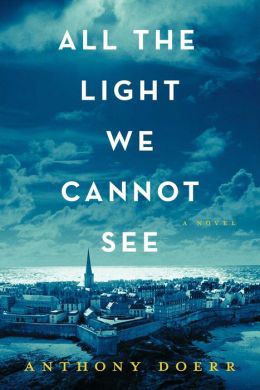 It was recommended to me by a male Australian friend whom OH and I met in a hotel foyer and ended up discussing books (and other things) and became good friends. When we travelled to Australia last Spring OH and I visited this friend and his wife in Melbourne and whilst we had only known them for a few hours we had a riotous three days with them, and realised our first impressions had been correct as we had so much in common with them, apart from the same taste in books!

This summer they were travelling in Europe and he sent me a What’s App message saying I must get this book as it was one of the best books he had read this decade which is high praise from such a voracious reader. I had never heard of this author or this book which incidentally is the 2015 Pullitzer Prize winner for fiction. The Times said it was ‘Sublime’, and that is just one of many superlatives that have been used in the reviews.

The story is about two children, a German orphan, Werner, who has an aptitude for building radio transmitters and a blind Parisian girl, Marie-Laure, both of whom are growing up during the Second World War. This is not a classic WWII story but is more about two children who learn to survive and as Jutta, Werner’s sister, says in the book, ‘It was not very easy to be good then.” And Marie Laure says, “We all grew up before we were grown up.”

The author does not describe each character in minute detail but tells you enough to imagine every detail of each one – the subtlety of his writing is exceptional. Unlike most great books I have read I did want this one to finish because I wanted to discover the end of each of their stories. It was the simplicity of the stories that intrigued me – no huge heroism, but stories of everyday life coping with being invaded and being the invaders. The destruction of the lives that they had imagined, their homes and all that they loved is so tangible in this book that even though you cannot see it visually, like Marie Laure, the author leads the reader out of their blindness and into those dark days of the war.

I do not have the words to describe this masterpiece but I would encourage people to read it if they are looking for a great story beautifully and brilliantly written.