An Alternative Lead Up To Christmas

In this small corner of the Annabel & Grace online magazine, I like to think we’re friends where we can be honest with each other. It’s fine here to admit you don’t stampede to join the herd when Holly Willoughby wears a belted leopard print shirt dress. You’re in the right place if you scrabble for the off switch every time someone says “Brexit” and if you hate Christmas too early, step this way.

We’re all bombarded by festive nonsense in December. The poor girl reeks of it. January, as her best friend, is sympathetic. April gets it too as she is fed up with eggs, bunnies and anything yellow but October thinks she overplays it. July and August don’t care as they’re usually on holiday. 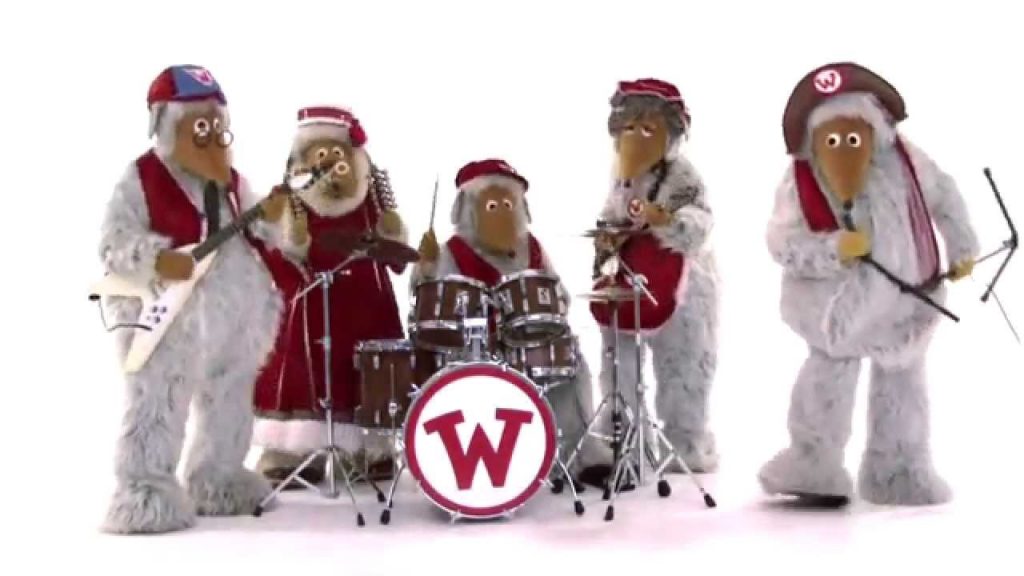 Case for the prosecution: Kate Bush gets wheeled out at this time of year to join Noddy, Bing, Shakey, The Wombles and the rest of the usual suspects on the Xmas royalties gravy train, annoying us yet again with the same old festive pap. 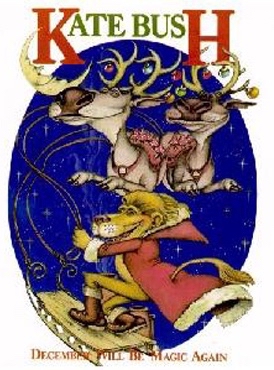 Now despite being a one-of-kind genius Kate went off the boil in 1979 when offering the optimistically titled “December Will Be Magic Again”.  It peaked at number 29 in the UK chart because even her most ardent fans had to admit she was barking up the wrong Nordman Fir.

December is mostly dark. It’s always wet. The roads are choked, the shopping centres and car parks are rammed and everywhere you go there’s people spending money they haven’t got. Which brings me to the principle reason my hackles rise when we reach Yuletide.

We spend almost all of December babbling about Christmas and this is entirely driven by the monetary gain of those who would sell to us using the birth of Jesus Christ as an excuse. Even if we carefully park religion, the fact remains December is one of our twelve precious seasonal months and every year it gets hijacked by people trying to sell us stuff.

So I know I’m asking a lot but I’d like to suggest you fight back and do something other than get entirely swept up by Christmas this year. Nigella will protest and you will consider it radical, but bear with me. I’m not yet suggesting you get in supplies, nail planks across your door and come out blinking on the 2nd of January. Although come to think of it…

At this point I should explain I hate New Year too because I was a DJ in Scotland for many years – and the Scots love Hogmanay. Only the dedicated efforts of a crack trauma team from Edinburgh Royal Infirmary brought me back after the Millennium Celebration party I was hosting spilled out onto Princes Street. Before it all went black, I remember looking up the stony nostrils of Sir Walter Scott from the pavement below and thinking Roger Moore was rubbish as Ivanhoe.

But it’s the annual Season of Goodwill which tests my fortitude to fight off the red mist. Don’t get me wrong. If you’re a small provider of homemade Xmas wreaths which you hope will bring cheer to others doors, I’d not stand in your way. If you want to volunteer to give your services free to homeless people in London for Crisis at Christmas, go for it. 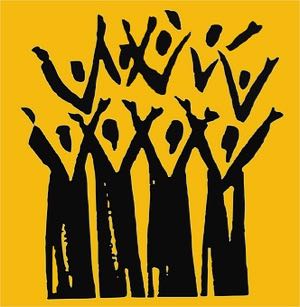 And if you want to join a choir and rehearse so you become a part of the Festival Of Nine Lessons and Carols on Xmas Eve at your local church, then I would encourage you to do so. I might add altos are particularly welcome and you don’t have to be able to hold a tune or read music. I was a head chorister and sang carols for years with some of the most dismally untalented “singers” you’ve ever heard – and somehow it still worked.

What I’m suggesting is you use the weeks up to Christmas to step off the festive whirligig a little more this year. Plan completely different things. Perhaps start by turning off the television. The principle progenitor and chief demon of uncalled-for festiveness. You don’t need endless trailers about Christmas Dr. Who in your life, even if it is a woman. You perform way more miracles than she does and without a sonic screwdriver. As the “opium of the masses” it’s an enormous time waster, and suddenly that becomes an issue if like me you can still remember Roger Moore as Ivanhoe. You may also consider wrapping gaffer tape around the mouth of anyone who tells you they finished their festive shopping in September.

Taking time out from the madness that is the month of Yule is no sleigh-ride in the park. Every radio DJ babbles on about it whilst serving up Cliff Richard, Boney M, Wham, Mud, Band Aid, Perry Como, John Denver and The Muppets. Every shop, pub and garage will again be pumping out the same garbage with no thought for the sanity of their customers, some of whom I’ve seen openly weeping after being exposed to “Christmas In Blobbyland” with guest vocals by Noel Edmonds (this is already illegal in several Scandinavian countries). 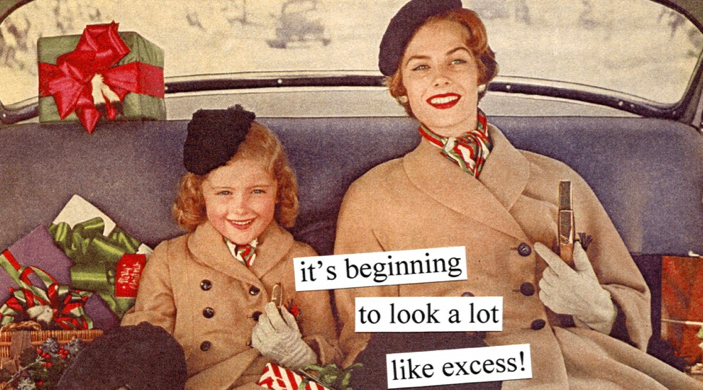 Advertising agencies flood your senses with jingle balls, Chambers Of Trades across the land rub their hands as Z list celebrities switch on high street lights whilst surreal pop-up German markets appear out of nowhere from Stornoway to Solihull to mug you with Rumtopf, Bratwurst and inedible bread.

You’ll have to swerve niftily to avoid being collared by the vicar to run the Mothers’ Union Holly Bazaar cake stall and Dave from accounts will spray you with silly string and say “Baa Humbug” when you try to leave the office Xmas party early.

So it won’t be easy.

However the resulting sanity, peace of mind and sense of normality you’ll achieve whilst the rest of the world goes (brazil) nuts will give you a quiet sense of wellbeing. Plus Christmas, when it finally arrives, will then seem worth the wait and perhaps even magic.

Maybe Kate was right after all.

☕️ Enjoy a coffee & a chat with your girlfriends?
Then you'll love Annabel & Grace: the online magazine created for older women & packed full of fashion, recipes, beauty, wellbeing, travel & stories.
Subscribe free by clicking the link in our bio

September is all about shirts (read our latest fashion article) and here is Grace wearing one that has been named after her. The Grace is a perennial wardrobe staple that's available from Artichoke and features a straight hem with a side split, button through placket, an inverted pleat at the back and a split deep cuff that can be turned back. Available in two vibrant colourways. To obtain £5 off the Grace shirt, enter GRACE at the @artichokegirls checkout. Offer ends midnight 24 September
.
.
#shirts #septemberfashion #transitionalfashion #autumnclothes #annabelandgrace #annabelandgracemagazine #womenover50 #womenover60 #womenover60style

👩🏼‍💼Woman of the week: Jane Gordon
Usually found gracing the pages of the Daily Mail & Stella magazine, Jane describes herself as a woman who does not accept that fun, fashion, creativity or ambition are the preserve of the young.

Search for 'Jane Gordon' on our website to read more.

Magnesium is a nutrient that the body needs to stay healthy. It is essential for many processes in the body, including regulating muscle and nerve function, blood sugar levels, and blood pressure and making protein, bone, and DNA.
People get magnesium from their diet, but sometimes supplements are needed if magnesium levels are too low. Dietary intake of magnesium may be low, particularly among women.
Annabel has now been taking Magnesium+ supplements from FutureYou Cambridge for over two years. "I have had a further test, and my levels have improved. However, I now know that I need to continue to do for the rest of my life. At the age of 62, I feel that any help I can give my body is essential."

Guest contributor, Wendy Cecil aged 73yrs and living in Toronto Canada, gives some style tips which we are sure will be appreciated by many of our readers
Go to our website to read this very warm and inspiring article in our Fashion section.
.
.
#toronto #canada #styletipsforolderwomen #annabelandgracemagazine #fashionforolderwomen #silfluencers #lifestyle #styleforolderwomen #womenover50 #womenover60 #womenover70 #timeofourlife #bestyears

🛍 Whether you are casually browsing for stylish clothes for over fifties, hunting for trendy clothes for your 60s or need some inspiration on how to dress as an older woman we can help.

It’s not all glamour and sparkles at A&G. We have both been away this week. Grace has been bicycling in the New Forest whilst Annabel has been battling the elements celebrating her daughter’s 30th birthday in Cornwall. A day on the beach in the drizzle, hot pasties, cold beers and an extra few layers of clothing helped keep Annabel and her husband warm and their spirits high. Next stop a hot bath and more hilarity with an action packed quiz.
Meanwhile Grace is back at her desk sending out the latest newsletter packed with new articles……
Flower arranging tips, why Magnesium is the supplement we all need, post-pandemic dressing, a vegan sushi bowl, cosy knitwear, and tips for a bird friendly garden.
.
#annabelandgracemagazine #annabelandgrace @futureyoucambridge @rspb_love_nature #newsletter #onlinemagazine #onlinemagazineforwomen #womenover50 #womenover60

👭 Read about our co-founders Annabel & Grace & how our online magazine began life back in 2010 "to showcase all that’s positive about being an older woman in today’s world."

Look for the About Us section on our website.