In this week of Remembrance it is very appropriate that I should be reading the book, Andrée’s War, which is a true story about this extraordinary 19 year old French girl, Andrée Griotteray,  who found he 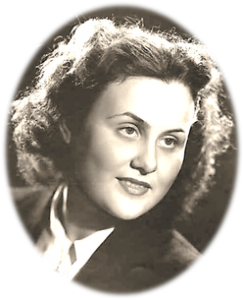 rself living in an occupied city, Paris, during WWII and was forced to work alongside the men who had invaded her country. Her younger brother, Alain, set up an underground newspaper, urging readers to join the Resistance, before going on to create his own resistance work. Andrée risked her life to help him in both endeavours. Through her job at the passport department of the Police Headquarters in Paris, she typed up and printed copies of La France, and stole blank ID cards to be distributed to anyone attempting to escape France. She travelled across France, picking up and dropping off intelligence ultimately destined for the British and Americans, always fearless in the face of immense pressure. And then one day, she was betrayed and arrested…..

The book is written by Andrée’s daughter, Francelle Bradford White, through conversation over the years with her mother and uncle and diary entries written at the time by her mother,  and it is the first time that her story has been told in English.

Andrée was the most courageous and inspirational young girl and through this book you see how young and carefree she was when the Germans invaded her country and how quickly she had to grow up and learn that the world was not as innocent and frivolous as she had hoped it to be. Her bravery under interrogation, when she was arrested and her incredible ability to be able to use the interrogation to find out relevant information to help her brother’s resistance movement was remarkable. Her patriotism astounded me and it is stories like these that are so valuable as they will continue to inspire and educate generations to come.

Andrée was awarded three medals for her actions, the Croix de Guerre, the Légion d’Honneur and the the Médaille de la Résistance (to receive all 3 honours is unusual). Sadly, this brave woman has suffered for years from Alzheimer’s. All royalties from her daughter’s book will go to The Andrée Griotteray White Charitable Trust (Registered Charity No: 1157258), established in Andrée’s name ‘to fund research into any form of Alzheimer’s disease or dementia and to provide support for those suffering from it.’

I cannot recommend this book enough as it is so inspirational particularly as I have daughters who are now in their early 20’s and I am so grateful that they do not have to face the hardships that Andrée had to in 1939.