Well done Grace for swotting up on Lucy Cavendish so if Ellie and I freeze on Friday night you can start asking Lucy questions about her column “How the other Half Lives’. I know I said that I was calm about our first public appearance but that was back in August when I thought we might be pulled from the Henley Literary Festival due to poor ticket sales but that was not to be and now we are less than 48 hours away from our debut.

Ellie is threatening not to come out from behind the sofa so she may need some gentle coaxing, bottle of wine should do it, and she is still keen to keep her back to the audience because then she can pretend no-one is there. Grace and I are having a fashion crisis, and not because of the sudden downturn in the weather, but more to do with the muffin top that appears when we sit down, so, whilst we may look reasonable standing in front of the mirror, it seems that as we sit all the fat in our body rushes to that part  which used to be called a waist. However it is not all of this that is freaking me out.

It started on Sunday when the organiser of the HLF sent me an email asking if I would be interviewed for Radio berkshire on Monday afternoon in the Hotel du Vin and I said yes (second time I have said yes to this very persuasive lady and regretted it so must make mental note to say ‘no’ next time or at least think about it for a few minutes!) I think it was something to do with the Hotel du Vin part that relaxed me (probably the ‘Vin’ bit) as I thought it was going to be me and one other person with a tape recorder and then they would take it back to the studio and all my ‘ums’ and ‘ahs’ would get edited out. However as I was walking to the hotel I got a text from a friend who said she was listening to radio Berkshire and had just heard I was going to be on in 20 minutes. My heart raced and in sheer panic I ran into the hotel passing Emma Freud who had just been interviewed. When I walked into the temporary studio I saw a lot of delicious food and drink laid out on tables and a lot of people with clipboards and headphones. I calmly asked if I had time to go the Ladies and I rushed out, locked myself into a cubicle and phoned Ellie for some words of support.  “Oh my God’ was all she could say before the producer came to find me, I think she sussed that I was a ‘bolter’. I was whisked past the table of cakes, fruit, cheese etc and plonked in front of Mike Reid and all I can say is that I am glad it was radio as my body temperature rose and I adopted the ‘rabbit in the headlights’ look whilst trying to concentrate on Mike’s questions and not sound like a babbling idiot.

I have now been asked to go on the Anne Diamond show on BBC Radio Berkshire on Monday. Again more thanks to Grace (head of CW research) who has sent me a link to Anne Diamond’s own blog which is fascinating because I read that she is currently building a model railway and village, now who would have guessed that?

Another blogger recently said “Blogging is all about sharing our experiences, dipping into others’ lives and maybe learning something in the process – or just having a laugh at how we muddled along but got there…”  and that truly sums us up and sums this week up.

As if this wasn’t enough to scare me senseless then this evening I went with a friend to the HLF, and happily 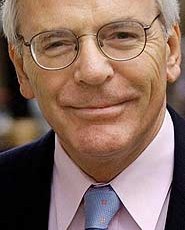 managed to sit next to Back Packing Granny, to listen to Sir John Major talk about his new book, My Old Man. It is a history of the Music Hall from Elizabethan times through to its heyday in the late nineteenth century. Sir John spoke with humour and eloquence without so much as one ‘erm’ or a stutter and you could have heard a pin drop. As he filled us with fascinating facts interspersed with very amusing anecdotes I could quite see what Edwina Currie found attractive in him (allegedly!) as he is mesmerising and not nearly as ‘grey’ as everyone paints him, more like fifty shades of grey!!

At the end I queued up to buy his book, which was £6 more than the Amazon price (slightly annoying), and then for his signature as I think it will be a good stocking present for My Old Man!! When he signed my book he was chatty and charming, I suppose you don’t get to be Prime Minister without being able to communicate but even so he had a word with each one of us – truly impressive.

The scary bit was not meeting him but meeting people who said “looking forward to your show on Friday”. Well I cannot promise eloquence from the three CountryWives but I can promise lots of humour as laughing is a big part of our lives.

Tip of the day: someone told me that if any of us has nerves on Friday then just imagine the whole audience is naked 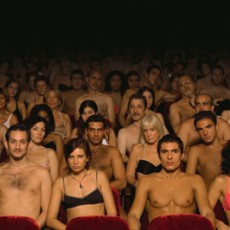 and apparently this completely relaxes one though I think it will be a little distracting!! Will let you know if it works!