What a week I have had……

Monday: Graduation day for my Youngest Daughter. First child to be awarded an Honours degree so it was a proud day for us! YD decided to ignore all the instructions and not wear a black skirt and white shirt and she wore a very pretty, flirty, electric blue dress and the highest heels. If she wanted to stand out she achieved that though my heart was in my mouth worrying that she would fall up or down the two sets of stairs she had to ascend and descend to collect her degree. One ‘mature’ student collected his degree carrying his 3 year old daughter who clearly understood the moment and waved royally to the crowd – the Vice-Chancellor later said that was a first for him! 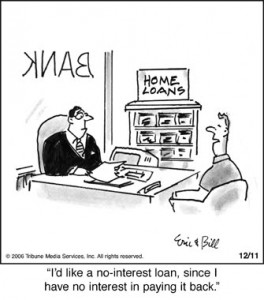 Tuesday:  Spent the day with MEM (mad elderly mother) going for more blood tests though, as she said to the doctor, “all they are going to say is I am old and things don’t work quite so well and I know that”!! I tackled her finances as she rang her bank and was kept on hold for over 30 minutes and again when she eventually got through she said, “at last you have answered because I thought I was going to die waiting and have to be buried with my telephone”! We have cancelled all of her standing orders, warranties for fridges that went to the dump years ago. However the best one was £25.38 p.m. to a company (I can’t name them yet as we are in negotiations with them) who supply her with a digibox. As there is no sign of such a box we called up to explain this only to find that they had bought a well know TV rental company and my MEM had been renting from them a TV since, wait for it, 1971 which equates to over £12,500!! As you can imagine I had a few things to say about this and they are considering what is the appropriate action!

Wednesday: Swan Upping Day: It is an annual ceremonial and practical activity in Britain in which mute swans on the River Thames are rounded up, caught, marked, and then released.Swan Upping is a means of establishing a swan census and today also serves to check the health of swans. Under a Royal Charter of the 15th century, the Vintners’ Company and the Dyers’ Company, two Livery Companies of the City of London, are entitled to share in the Sovereign’s ownership. They conduct the census through a process of ringing the swans’ feet, but the swans are no longer eaten! We have two pairs of swans who nest annually near our island so there is a lot of activity as three sculls appear and attempt to encircle the swans and their cygnets, then they have to capture them and bring them on board all whilst keeping the boat afloat. It always attracts a lot of attention as nowhere in the world holds such quirky but delightful traditions.

Thursday: Up to London to attend a Christmas fair put on by Fire PR for all their clients who have great products for Xmas 2013. It was hard to think about Christmas when it was a mere 32° but no doubt we will be fighting to get one of these innovative gifts later this year. I returned home and on the way popped into Waitrose for some supper and Youngest Son called to ask where I was which may not seem unusual except do note that at 3.45 pm he had only just noticed I was not in the house. The most important point for the call was to tell me he was hungry so I duly stocked up but when I got home he had changed his mind and gone to ‘hang out’ at a friend’s house! Kids we do love ’em!!

Friday: Another trip to London with Youngest Daughter for the inevitable pre-holiday shop…………no need to say more than this was not a pain free experience!

Weekend: Busy with all the family in and out with friends, no meal numbers ever written in stone. Add to this a husband who feels if I am catering for 8 then to add another 4 just before serving is no problem. Now you will understand that once I had waved Youngest Son off to Portugal, Youngest Daughter off to Spain and two eldest and husband on train to London, I whizzed home to put my feet up with my cappuccino to watch Sky news as we all await the Royal Birth!