Annabel's blog ~ old age has been nothing but downhill - Annabel & Grace 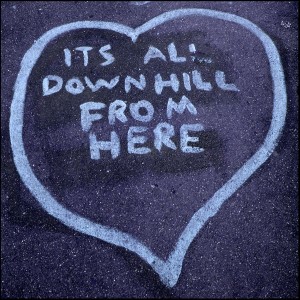 Last week I celebrated my 50 something birthday with my elderly mother in A&E as she had fractured her hip in three places and for the following 10 days I have been burning some rubber going backwards and forwards to visit her. However overall her life has not been improving as, whilst her hip is repaired and she is up and walking with help, her mind has gone and I am talking not just her memory due to the Alzheimer’s but her mind i.e. she now has full blown dementia. She still recognises me as I appear around the end of her bed but my name is never mentioned! As the days have past she has spoken more and more gibberish which some say could be the result of the operation, the shock 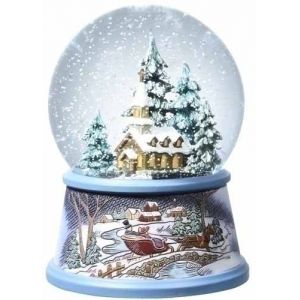 and the change in her environment. However no-one can tell me that she will ever get her brain back. It is as if someone has taken her and given her a good shake like one of those snow globes that I used to get given as a child at Christmas which when shaken the snow flies around and then after a few minutes it all settles however with my mother it has not yet settled. She has the words and thoughts but all in the wrong order and at times she has become delusional. How quickly it all has happened, one week ago we were having a fairly normal conversation but now it is impossible. HOWEVER she is very happy in her world and does not seem at all concerned so it is only upsetting for those around her. One of her oldest friends rang me yesterday evening and was so sad to hear the news and said she did not want to see her again as she wanted to remember her how she was. She herself is 91 years so I can understand that it would be very distressing for her. 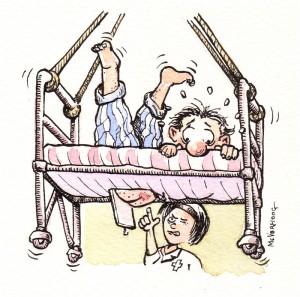 When I went to visit on Saturday, with my OH and eldest son, we arrived in the ward to be greeted by utter chaos which had been caused by my mother who had hit the ‘up’ button on her bed and during the ascent it had taken out a table with a jug of water and a packet of Maltesers so you can imagine what happened when that all hit the floor, not forgetting that my mother was now suspended in mid air with the control in her hand and the notice saying, ‘Adjustable beds to be kept at their lowest level’, and not taking instruction too well from the nurses in order to get her back down!! The lady opposite, who had hardly opened her eyes since her own operation, suddenly sat up and said “ooh lovely, Maltesers my favourites” as they all rolled around the ward floor!

Another distressing fact is that to get her out of the hospital and back to the home, where I am hoping the more peaceful environment will help her recovery, has taken copious phone calls, endless discussions with doctors, signing of papers and so on. Hospitals are great at providing medical care in old age however there is virtually no aftercare and the administration systems are mind-blowingly time consuming with no real advantage in being this way. I do not feel there is any light at the end of the tunnel and I believe it is going to continue to go downhill……Alzheimer’s, Age, Cancer and now brittle bones cannot make for a healthy cocktail.

I just hope that she knows nothing of any of this and can continue enjoying every day life at her own pace though perhaps we should take away any chance of her operating machinery!!