Well I survived another Valentines as a single lady, despite knowing that EH (ex husband) was probably sending cards, gifts and flowers to Fluff, although it has to be said – like the vast majority of men – he is not the most romantic. This year it was easier because BFF (Best Female Friend) and I went off on the 15th for a weekend away.

We had planned it for weeks and I was ready for a break. I am a member of quite a few “meet-up” groups – primarily walking ones where you meet up at a pre-arranged point, walk an agreed route and usually end up at a pub. Generally most people stay for lunch and a chat to those they didn’t talk to on the walk. I usually take my dog along as he’s an instant ice breaker! 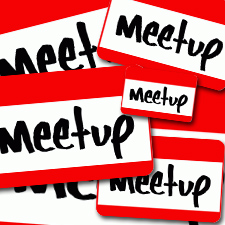 Anyway, I digress. As a “follower” of these meet up groups, I get sent all sorts of emails from other groups, be they photography, yoga  or whatever and mostly I dismiss them as they are either not my cup of tea or are too far away. However the Anti Valentines group definitely caught my eye as they were organising a singles mixer in London on 15th.  It was only £10 a ticket and I found a hotel which was a bargain and had fave TripAdvisor reviews.  When I told other friends of our plans, they all focussed on the “Singles night” part – but actually I was just looking forward to having a weekend away.

Because of the weather and the disruption to the rail network we decided to drive in. Now I drive into London fairly frequently and know my way in and out just fine.  The weather was glorious (a miracle after all the greyness and rain we’ve been enduring) but after we had whizzed passed Harrods, Sat-Nav-Sam seemed to get his knickers in a twist and kept trying to send us down roads that were either closed or one way (the wrong way). It took us an hour longer than we had anticipated but we were enjoying the views (Houses of Parliament and the embankment – at least twice) and each other’s company – so neither of us minded the amount of U-turns Sat-Nav-Sam seemed to ask of us and, to our joy, we managed to park quite literally at the front door of our hotel – and what a gem that turned out to be.

After unpacking we walked to Spitalfields – London’s oldest market and just glorious – a riot of vintage and specialist stalls (all under cover) where we bought a few things including the best brownies I have ever tasted. Back at the hotel we decided what to wear (having packed everything from tee shirts, woolly hats, five – yes five – dresses and a couple of smartly tailored jackets!) and finally got to the venue after teetering around in our heels and getting VERY windswept.

There was a long queue for the cloakroom but it gave us a chance to eye up the other ladies. Some had made a lot of effort, others not so. We managed to make Happy Hour with minutes to spare and were soon joined by two other lively ladies and our ”pack” eyed up the menfolk. Despite the promise of a 50/50 split I am certain there were still at least two women to every man !

One of our new friends saw someone at the bar she liked so, being pro-active, I just went up and told him my friend likes the look of you please come and say hello. He did. He was as dull as dishwater.  I quite liked the look of a guy in a waistcoat but he turned out to be 67! So much for upper age limit of 55.  Although to be fair he didn’t look it – but again no wit, no sparkle. BFF asked another guy to join our happy little throng and he was just delightful company – not just a looker – wit and personality too! Sadly for BFF (and for me) he was 45 and still had aspirations to become a father – I said he needed to go to a younger event and find some foxy chick to breed with – which he thought hilarious. He was Irish with that soft southern brogue that made everything he said sound ten times better. Although he wasn’t for either of us, it transpired he (Sean) was with a group of friends and they came to join us as the music took over and we hit the dance floor to bust some moves (?). I was chatted up by the lovely Seamus (can’t get more Irish than that) nice enough looking but no stunner (probably how best describes me really) but utterly charming. At the end of the evening the boys were off clubbing but BFF and I grabbed a taxi back to the hotel and raided the mini bar of all chocolate (bang goes my good intentions) while we sat dissecting the evening.

I ended up with the numbers of both glorious men – Seamus and Sean.  Seamus lives in Dublin and has already called me twice and we plan to meet when he’s next in town. And Sean has asked BFF and I for lunch in a couple of weeks.

annabelandgracecw
•
Follow
A friendship of over 40 years, some great memories and some naughty ones! Plus lots of future plans. Both wearing jeans by @artichokegirls Annabel wearing jumper by @mistycashmere and scarf by @kettlewellcolours . #friendship #girlfriends #annabelandgrace #sisterhood #womensupportingwomen #womenover60 #womenover50 #womenover70 #womenintheir60s #henleyonthames #timetochat #benchchat #graveyard
View on Instagram |
1/9

annabelandgracecw
•
Follow
Out and about in Henley. Meeting up in person is so much better than a Zoom or an email. We get so much sorted and just walking around a small town gives us lots of inspiration for our articles. PS we are still wearing the jeans from @artichokegirls Don’t forget there is a 15% discount code with JEANGENIE15 (only available until midnight on Friday 3rd Feb . #meetingup #henleyonthames #imspiration #lotsoffun😍 #sisterhood #womensupportingwomen #womenover60 #womenover70 #womenintheir60s #womenover50 #annabelandgrace #annabelandgracemagazine
View on Instagram |
2/9

annabelandgracecw
•
Follow
Four Henley Blondes - from left to right, The Page Turner, Backpacking Granny, @janegordon5100, Annabel and 4 Doodles doing our daily walk. We are determined to keep moving and fit. One of us turns 80 next birthday, and she turned up in gold leggings, leopard print gloves, a stylish hat and excellent makeup. She put the rest of us to shame!! . #henleyblondes #womenover70 #womenover60 #womenintheir60s #womenintheir70s #keepmoving #gettingfit #10000steps #dailywalk #doodlesofinstagram #dogwalking @grannygoldie @janetrotman1
View on Instagram |
5/9

annabelandgracecw
•
Follow
Grace working with her trusted @officialfilofax Read why she loves it in her latest Lifestyle Essentials post which also includes many other products eg @viviscal.uk for thinning hair and a bobble remover for knitwear. It’s all in our latest edition of the Annabel & Grace online magazine for #womenover50 . #annabelandgrace #annabelandgracemagazine #timeofourlives #womenintheir60s #womenover60 #womenover70 #lifestyleessentials
View on Instagram |
6/9

annabelandgracecw
•
Follow
Who would you rather not be without apart from family and friends? For Grace it’s Janice who has been keeping her house spotless for over a decade and she’s a dab hand at sewing too. “Thank you J - you truly are my treasure!” . #housekeeper #houseproud #lifesaver #couldntdowithout #personaltreasure #bestkeptsecret #annabelandgrace #annabelandgracemagazine #womensupportingwomen
View on Instagram |
8/9

annabelandgracecw
•
Follow
I found these pics of Grace which were taken a few years ago by a wonderful photojournalist and friend Clive Limpkin, who sadly moved on in 2020 to that great photo studio in the sky. He worked for the @dailymail for 20 years. He was award-winning for his iconic images of Derry (the Battle of Bogside) in the late 1960s and early 1970s and they came to define the NI Troubles. I love these photos of Grace as Clive has managed to capture her fun-loving spirit and ‘joie de vivre’. Nothing beats a smile and even better laughter! We miss Clive but he is never forgotten. . @alexlimpkin . #grace #annabelandgrace #womenintheir60s #womenover60 #photoimage #laughter #greatsmile #timeofourlives #naturalbeauty
View on Instagram |
9/9
View on Instagram
Tweets by @Countrywives