Two sides to every story (and facelift!) / Annabel and Grace at CW 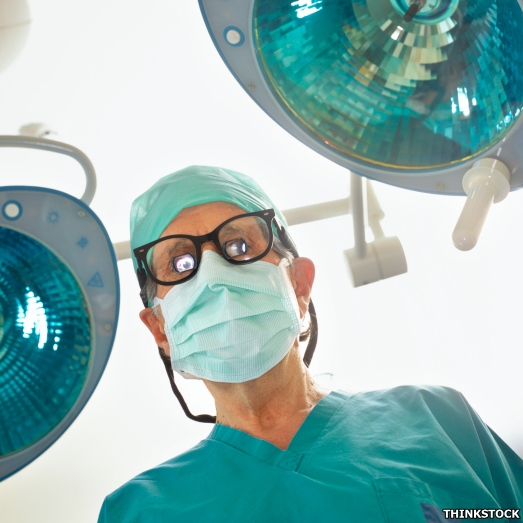 Last time I posted, I was ecstatic about my plastic surgery done in a Malaysian Hospital. The care had been wonderful, my double chins and jowls had gone, I no longer looked like a bloodhound, and I was about  to fly home to the UK, delighted with the prospect of looking ten years younger. I couldn’t wait to show my sons and my grandchildren the change in my neckline.

BUT, (there’s always a but isn’t there) a few days after my operation being pronounced successful by the Plastic Surgeon (PS) and all stitches, clamps and zips, or whatever they put in to hold you together having been taken out a large mauve swelling about the size of a gobstopper started to appear on the right side of my cheek.

“What on earth is this?” I cried in horror, as I looked in the mirror two days before returning home to Blighty. I hastily called my PS, it was the weekend, but he agreed to come in to the hospital and see me very early.

“Haematoma,” said the PS but, as he gently touched it, it didn’t budge; neither up nor down, nor in nor out.

“What is a haematoma?” I asked.

“It’s a collection of blood under the skin which is very unusual post op on day 11, don’t worry it will go.”

“Am I alright to fly?” I said, scared it might explode in mid air.

“Of course, you are safe to fly and it will disperse,” he said with the utmost confidence of someone who would probably never see me again.

As I write, it was exactly 6 months ago I had my op…and it is only now that my nasty unwanted lump has subsided, or dispersed as they say in the trade.  It has been a long haul I couldn’t write about it before because if I was ever going to be any use to anyone, who might be contemplating plastic surgery I had to get to the end… I wanted to tell the story carbuncles and all.

I flew back to the UK feeling very unhappy.  If only I had had a burkah in my back pack, I would have worn it to spare me the pitying glances from the crew. But not, I may say, pitying enough to upgrade me!  Fortunately it was a night flight so I was able to put the blanket over my head for most of the journey.

Heathrow, as always, is particularly grim at 5.45 a.m. Nobody makes jokes, you just shuffle forward at immigration and hope your luggage isn’t lost.

“Been white water rafting have you?” said the jolly immigration man as he struggled to find a likeness in my passport picture. “No I said,” casting my eyes down and then whispered, “plastic surgery.”  That shut him up. He slapped my passport shut as if it had bitten him.

Lovely Mr. Shah was waiting for me. He is my taxi man, a real gentleman, and the Pakistani version of Downton’s Carson. He said not a word. I could have gladly kissed him!

I got home and rushed to the mirror and it had grown! Flying had made it bigger; honestly it wasn’t my imagination. I ran my fingers over my cheek; it felt huge. What had I done? I was sure I was going to be punished for my vanity and who have this unsightly lump on my face for the rest of my life. I felt guilty and incredibly stupid and then did the classic thing, which everyone tells you not to do… I surfed the Internet.

I Googled every variety of lump, bump, carbuncle, raised skin and pustule. Of course I ended up far more muddled than I was before, and I was quite sure that I had some dreadful incurable lurgi. So I took to the red wine and rang my PS immediately. Then I emailed him. No answer. After 24 hours there was still no communication. Had he absconded I wondered as my imagination went into overdrive. I rang a friend who lives in Malaysia and asked would she please try and get hold of him… yes she would. Word got round and the expat ladies got to work to contact him. The search for the missing PS was on.

24 hours later, my very worried PS rang me.  “What on earth has happened?” he said. Apparently the poor man had been at a conference in Thailand and his mobile had done nothing but buzz in his pocket all day long.

“The lump is growing,” I wailed, “should I fly back? Is there someone I can see here in the UK?”

To cut a long story short, I went to a posh private hospital, where there was free hot chocolate and coffee, and Vogue and Tatler to read while waiting, and I saw another plastic surgeon. For those that are squeamish stop reading now.

After the usual pleasantries, the new PS asked me to lie on the couch and then produced a needle of such proportions that I closed my eyes! He stuck it into my carbuncle, squeezed the lever and extracted blood. Twice. I did heavy breathing, desperately trying to remember my birthing exercises, but as my youngest is 33 the memory was pretty hazy.

“I can’t get any more out now, come back and see me in a week,” said the PS showing me the door.

He took a deep breath.

“How long?” I asked, deeply irritated that he wasn’t giving me an answer

“You will have to be patient,” he said.

Now I know why doctors call us patients.

Poor man.  But I did feel, since I was paying, he might have been a tad more optimistic. (There must be a little bit of money left over from the Vogue and hot chocolate, for him to afford me a comforting smile.)

I went back the following week… of course nothing had changed, I still had the lump. The needle was inserted again but this time no blood came out. It had “organised”.  What strange language these medics use. I drove home feeling pretty miserable. What had I done to deserve this? I’m mostly a pretty nice person, I even put spiders out of the window rather than killing them, I give up my seat to pregnant ladies, and I help blind people across the road. Am I to be condemned to wear a Phantom of the Opera mask for the rest of my life?

The long and short of it is that I ended up having Manual Lymphatic Drainage (MLD) which consists of light tapping on the affected area with the fingertips. It encourages the lymph nodes to work.  I am happy to say that, six months on and a great many MLD sessions and a severe wallet bashing later, my gobstopper has at last subsided. Everyone tells me the swelling has gone. I, of course, am still aware of it. The right side of my face feels frozen, my ear feels like cardboard and there is little bit of a droop underneath my chin. The other side is perfect. It’s almost as if one very good surgeon did one side of my face and the medical student did the other. On the plus side, my neck is great and the jowls have gone.

So what is the moral of the story? Have I just been unlucky? – probably. Am I all right now – yes? Would I encourage other people to go abroad and have this sort of surgery done? I really don’t know I couldn’t say you could be 100% sure to get a good job, but equally I doubt if you could say that about UK surgeons. It certainly was far less expensive having the surgery abroad, even including the MLD.

Didn’t somebody rather famous once say, “turn the other cheek?”  I have, and actually I do look better!