“Could you please bring enough parsnips to feed 18 people?”

Most people would think that was a fairly reasonable request. However humping parsnips long haul is not something I particularly want to do. I have seen too many of those TV programmes where unsmiling customs officials are understandably very tough on people who seem to think it’s ok to bring all manner of disgusting entrails, bloody livers and bird droppings into other people’s countries in their luggage! You definitely don’t want to get on the wrong side of those Customs guys. A friend of mine got fined two hundred quid just for having a half eaten ham sandwich in his backpack when he arrived in Australia.  So I KNEW I needed to be careful. My imagination of course ran riot.  I could just see the headlinesl” BackPacking Granny arrested in Kuala Lumper for smuggling parsnips.“ The thought of languishing in a KL prison over Christmas was even worse…

Anyway the bottom line is I am in Malaysia… and loving it. I didn’t bring the parsnips and I have been forgiven for not bringing them. But now have to do my penance of finding some other Chinese vegetable which will do instead!

Some of you may remember in my last blog post I reported that I had managed to get in touch my long lost primary school friend in Malaysia. It is only 67 years since we last met! We will be meeting in a week’s time and I am going to spend the day with her and her family. I am unspeakably excited. She lives in Kuala Lumpur and it is the main reason why Iam spending time in this lovely country. 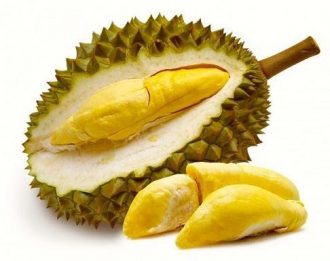 Penang is always a delight for me. It reminds me of my happy childhood spent in Malaysia before I got sent back to beastly boarding school in the UK. Every time I come back I luxuriate in the pungent smells of Penang.  Drains and durians are a real favourite! The rain in Malaysia is like no other. It comes down like a waterfall you are soaked in a nano-second and usually there is no warning. The old Chinese shop houses are exactly the same as they were 60 years ago -not a lick of paint on any of them. And the disgusting smell of cats in some of the taxis is exactly the same as I remember it as a child. There are nice smells too… joss sticks, frangipani, sizzling prawns in the hawkers markets, and the enticing smell of delicate spices in delicious food.

Penang prides itself on having some of the best food in the world. Over the centuries the visitors have brought their cuisines with them. So there’s fusion from India, Malaysia, Thailand and China – all wonderful cuisines. The number of cafes, restaurants , hawker markets and eateries is completely disproportionate to the population. Moreover it’s probably one of the cheapest and best place to eat street food. When I say street food I mean it. You have a little table and chairs on the road. One course with a beer each will cost you a fiver! On the other hand, you can sit in an old colonial mansion, look out to sea, have a fantastic cocktail, be waited on hand and foot and experience, just for a moment, the joys of a bygone era. Those wicked Imperialists weren’t all bad and they certainly knew how to get the best of what was on offer. I remember my father telling me in all seriousness that a couple of Whisky Ayah’s (whisky and water) per night, kept the Delhi Belly at bay!  He hoodwinked my mother for the whole of his life!

“Let them eat cake“ said Marie Antoinette and they do in Penang. Not the sort of jam sponge your mother might have made. I try not to look at them – a simple glance would put weight on me. These are intricate, creamy, calorie loaded, sugary cakes – works of art, which the young consume with gusto.

So I suppose it is hardly surprising that the other night when with my friend and I came back from a party we discovered to our horror that the forty or so mince pies she had made had been eaten! My friend has a kitchen of gargantuan size and she had left the mince pies under a net cage and covered them in cling film to cool. Not only had they – the sweet toothed mice – demolished the net and cling film, they had then dragged every mince pie down from the counter. We found half eaten mince pies in the pots and pans, teacups, in the sink , on the floor behind the cooler and on shelves. How they got the mince pies there defies imagination. They must have been having a party had consumed practically all of them. By my calculations that means there were forty mice – or some very greedy ones. To make matters worse there was booze in the mincemeat! So now there were drunk greedy mice in our kitchen.  I, for one, am stepping very carefully when I go down there at night to get a glass of water!

Penang is full of goodly people who run charities. It was ever thus. Ex pat wives are not allowed to work and rich Chinese women don’t seem to work either, so they put their energies into raising money for good causes. It was my pleasure to attend one such event last week held at Macalister Mansion – once the home of the governor, but now a hip hotel for the younger generation. If you’ve seen Crazy Rich Asians, you’ve got it. The target was to raise money for poor unfortunate women who had got caught up in human trafficking. About a hundred Penang socialites arrived 10.30am for a brunch and fashion show.  Let me tell you a fashion show on Penang is very different to British ones. First of all everybody arrives in evening dress or Ascot garb despite the fact we are going to eat breakfast. On arrival we were handed either an orange or blue (both lethal) cocktail.  We then we drank shots of pumpkin soup, then croissant with smoked salmon and – you’ve got it – CAKES! That was breakfast! We then filed into a wonderful white ballroom for the fashion show and auction. The clothes were creative but of course for elfin proportions, so no use in me describing them to you dear readers! 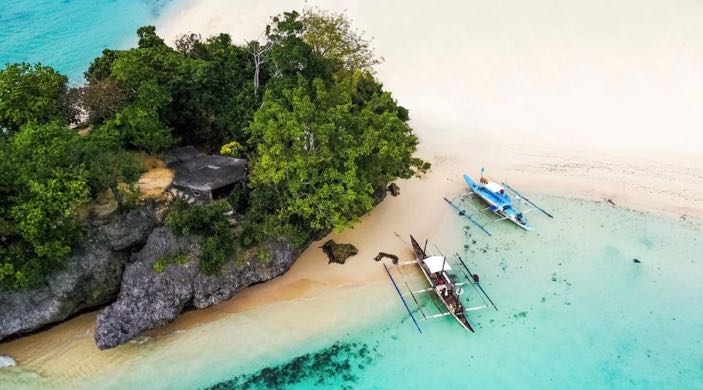 I am off to the Philippines next week. But not before having dinner with my old school friend. She has invited all her grandchildren, children and relations to meet me. It will be so exciting to compare our lives. She became an architect, I an actress.  I think we might have a lot to talk about!  I am also going to an island called Borocay. It has been closed for the last year while it was being detoxed. Apparently it is like a Caribbean paradise – I will let you know. That is if they let me in – there is some doubt as I am not an owner. If not I’ll have to think of somewhere else to go!  It’s all an adventure…

Keep on travelling. There is always something and new and exciting to see. I wish you all a wonderful 2019. I’m going to be 75 next year and I’m going to be celebrating my birthday in Bali… I know, I’m very lucky.