I send you this message from the Antipodes. Yes, I’m back in Sydney Australia. It’s absolutely freezing!  But it doesn’t matter as I am overjoyed to see my little Australian family again. 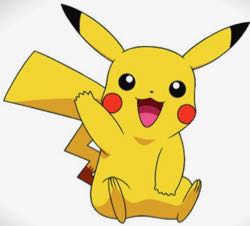 The grandchildren are six and three, such lovely ages. I do have to admit I am a far better granny than I ever was a mum. I can play houses and animal hospitals for hours, not to mention the intricacies of Pokemon!  Is it because one has more patience? No I don’t think so.  I will always find building bricks mind boggling boring. Shocking to say. I don’t think I ever remember really playing with any of my four children. In those days I could always use the excuse of the tyranny of the urgent – trying to pay bills, or scraping together school fees and writing yet another “please be patient letter” to the long suffering bursar. I do remember once having to scrummage with my oldest son for hours… not something I would choose to do again!  He did go on to play for England, so I suppose it was worth it. But in all honesty I don’t think I even enjoyed cowboys and Indians unless there was acting involved. Now I am an absolute pushover. I feel the deepest sense of gratification if I can make my grandchildren laugh and intrigue them with new thoughts.

So here I am in Australia in Sydney. My son lives in a “nice” (at school we were not allowed to use that word!) up and coming hipster area. Australian realtors speak for still a bit grotty!  So there I was last weekend and the most extraordinary coincidence happened to me!  I have suddenly found my  junior school best friend with whom I lost contact 67 years ago! 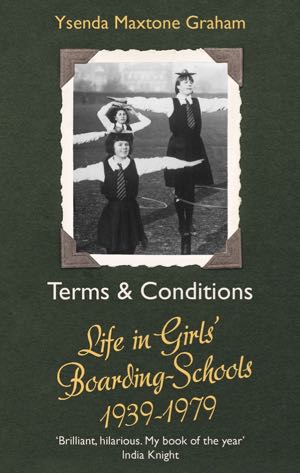 During my early childhood, until the age of 9, I lived in Malaya. We lived in Ipoh. My father was in the army and it was the height of The Emergency as it was called then. It was a full scale terrorist war going on and whenever you travelled you had to go in an army convoy. When I look back on it I never felt any fear –  in fact those early years were the happiest part of my childhood. The rest I will  draw a very thick black veil over.  I was sent to a horrid unkind cold boarding school called Malvern Girls College which I hated. To this day I still have nightmares about it! I have recently read a very amusing book – entitled Life In Girls’ Boarding Schools – which describes this particular time in social history very accurately.

In Malaysia I had a wonderful carefree life. The sun always shone, everything grew in abundance, my parents were there and happy. I was taken to school every day by our driver and collected at 2pm whereupon I would bicycle on my own, passing bullock carts and little smallholdings to the then British Swimming Club. I dipped in and out of the swimming pool all day long and became quite a good swimmer. The only sport Ihave ever excelled in!

The Convent of The Holy Infant Jesus was a huge school. Set in a prominent position in Ipoh. Two thousand pupils and I was the only little English girl and the only girl with blonde hair, which was a constant source of amusement to my class mates.  I used to have to pull hairs out of my head to show that it wasn’t dyed!
My great friend at school was a  kindly bright little girl and we somehow just got on. After I was banished to the UK she wrote to me for a bit… but I guess our lives grew apart and at 9 years old we lost contact.

I often wondered what happened to her.  I tried to look her up on Facebook but couldn’t find her. Of course, as women do, we married and our names changed.

Only a few years ago – I wrote about it in CW at the time – I made a trip to Ipoh with a friend to try and see if we could find the house our family had lived in. There are no memory lanes now. All the street names have been changed to Malay. Which makes things rather difficult. However, by finding the Convent, I was able to retrace my school journey and we found the very house! Now somewhat surprisingly owned by the chief of police with a sentry outside at the gate. I really did want to track my friend down so we went in to the Convent, now no longer Catholic, but still a school and I asked if they had her address. Unfortunately the lady there was not terribly interested in an English woman  turning up out of the blue and asking about old friends and rather gave us the heave ho. I couldn’t think what I could do  to further my investigation.

So imagine my surprise when I went to a 9th birthday party last week in Sydney for one of my grandchildren’s friends and there was a young mum who was Malaysian.

“Where do you come from in Malaysia? “ I asked her. “Ipoh“ she said. I nearly fell backwards. “But we came to Australia when I was three.” she added .“OMG did your mum and dad go to school there?”
“Yes“ she said but she didn’t know which school.
“I would love to meet your mum if it’s possible“ I said. ”Is she living in Australia?“
To cut a long story short, I soon had a coffee date meeting with her mum.

“Thank you so much for meeting me “I said “Were you at school at the Convent?  At this moment I had no idea how old she was. It was such a large school so unless she had been in my year there was little hope of finding my friend. Like all Chinese women she looked so young and chic and slim it was impossible to even guess her age.

We discovered we had been in the same year intake, but not the same class. We squealed like a couple of teenagers as we remembered teachers and things about the school – we had a wonderful time reminiscing. I asked her the big question. Did she know my friend?
“Oh yes. I know her well.  I can give you her husband’s email.”

The rest, as they say, is history. She too, had wondered what happened to me. She knew I would probably have become an actress as I was quite determined even at 6 years old that would be my career, but of course she didn’t know my stage name. She had won a scholarship to study architecture and had married an army officer. She too had four children and two are in advertising – as my sons are – and one is an actor… how extraordinary is that?

We now have plans to meet either in Penang or KL and make up for the last 67 years. How I love the internet!