A Little Town Called Beauly, An Impatient Sheik And Elton

In a little town called Beauly, nestling in the Highlands, resides a cashmere shop run by two ancient sisters. My marvellous aunt and father (and no doubt my great-aunt and grandfather) have all bought cashmere jumpers from these very women in the past bygone years. I have also  purchased a few goodies from them – a much favoured loden-coloured cardigan for the  hubby being one of these. 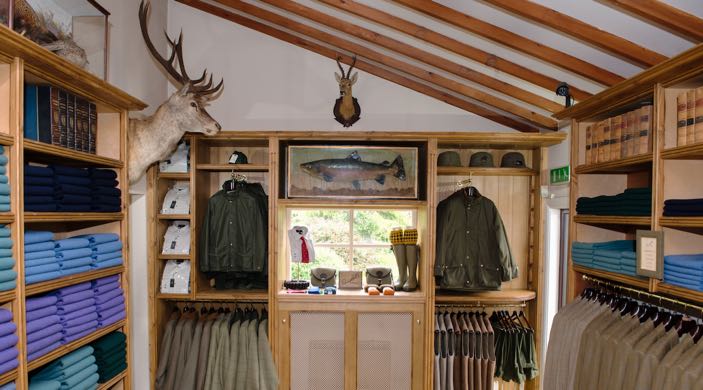 So, generations of our family have passed under the portals of Campbell’s. It’s an institution. A ‘must see’ and should be part of the Highland sightseeing tour, if it isn’t already.

These two sisters have been running their shop for eternity. They are brisk, no nonsense, God fearing Scottish Presbyterian gentlefolk. They scare me senseless and that’s saying something!  A very rich Sheikh (are there any destitute ones?) arrived to peruse the merchandise. The Sheikh, probably, was underwhelmed with the chilly, damp weather and needed a little cosy cashmere something-or-other to keep him toasty and warm in his castle.

However, the ancient sisters were not there. The time was 1pm so the shop was closed. It was lunchtime. A minor relative/employee somehow managed to convey his wishes to have the wool shop opened so that the passing shivering Sheikh could browse and buy anything he desired.  It was highly likely the sisters could potentially retire after the visit from this Prince. Sheikhs tend to buy a jumper in every conceivable colour. There were many  different styles of jumper. The possibilities for this little corner of Beauly were huge and very rewarding.

As previously mentioned, it was lunch time and the shop was not due to open till two o’clock sharp. Nothing that had been mentioned helped to change the sisters’ minds on this matter.  Two o’clock was the time luncheon finished and that was that!  Sheikh or no Sheikh, it was ‘tough  titties’.  The entourage had to wait until the old biddies were ready to receive their custom. They naturally waited. Quite right too!

Once, a friend of a friend was in this very cashmere emporium when Elton John was also there buying something. She didn’t know how to approach him until, just as he was leaving, she plucked up the courage and said, “Oh Mr John! How delightful to meet you as my husband plays the piano too!”  Not much one can say to that!