A blazer to catch your attention & prepare you for summer / CountryWives

The blazer originally described a “bright-coloured jacket,” and this name was first used around 1880 as British university slang, from blaze, in reference to the red flannel jackets worn by the Lady Margaret, St. John College, Cambridge, boating club. Earlier it had been used in American English in the sense “something which attracts attention” (1845).

As I live in Henley-on-Thames, the home of the Royal Regatta, I see a lot of these blazers being sported by young rowers and their older predecessors. It brings colour and vibrancy to the town towards the end of June. It is a fabulous time of year for Henley and is much enjoyed by everyone even if they are not seasoned rowing fans. It is simply a lovely day out in a picturesque English town.

However the blazer has also morphed into a ladies jacket, so it is not exclusive to the boys! It is now not necessarily brightly coloured however it is definitely one of the most useful and versatile pieces in anyone’s wardrobe. It certainly attracts our attention – it is a perfect, in-between season outerwear. When the day is too warm for a coat but too cold for shirt sleeves, when you require a look that is not too formal but still looks like you have put some thought into your outfit – the blazer is your answer!

First up is Grace’s and my favourite blazer which we both own – the Lauren Tailored Blazer by Winser London. This is a piece that I can genuinely say has earned its place in my wardrobe as I have worn it so many times particularly when travelling as it rolls up and gets chucked in the overhead locker and at the other end comes out crease free.

My favourite budget blazer is the  Ellen Cotton Blazer from Boden which has just been reduced to £102 and is available in a navy with white spot and, the on-trend for this season, Mimosa yellow, as well as plain navy and a pretty pale blue fine stripe.

If you love pale blue, as I do, and want a real bargain then look no further than Wallis. This light blue textured blazer comes in sizes 8 – 20 and has all the makings of a casual, throw-over-anything jacket from jeans to summer dresses. It also comes in an off-white – perfect when you are sporting a bit of a summer tan.

Finally if you want to break away from the classic blazer shape, stolen from our male counterparts, then Me+Em have just launched their Wrap-belted Blazer in navy or cream. For those of us #womenover50 who still have a waist then this shape will suit you perfectly. If I had a waist I would be showing it off at all available occasions – I sadly lost mine somewhere between baby no. 3 and 4! 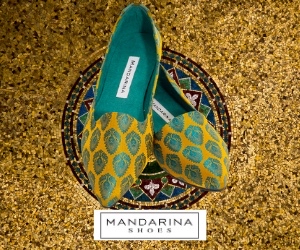 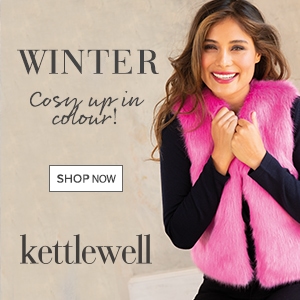 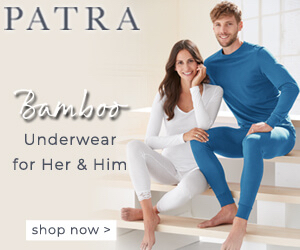 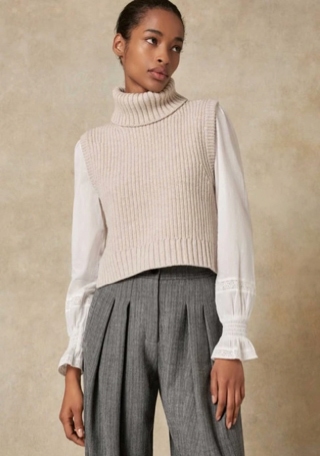