When we first arrived to live in France, I have to admit I didn’t know what a blog was. So my initial thoughts about moving abroad were by way of a round robin to my friends and family. This is part 3 of my missive to them: 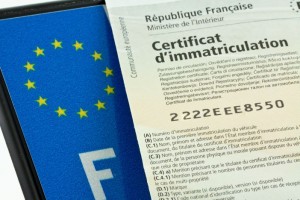 I think I left the last blog with the Alfa/donkey scenario and I’m beginning to think that a donkey is definitely the cheaper option. If you are to be permanent residents in France you need to have your car reregistered with French number plates. In order to do this, you pay out a lot of money to have your headlights changed from right to left and have a French MOT (fantastic – we sat in a glass waiting room watching as they tested my car in the most spotless garage I have ever seen). It passed (ha! – bet a donkey wouldn’t have done). Then it was to the French insurance company to arrange cover and, despite lots of form filling,

it couldn’t have been easier. We don’t pay road tax here either! I have to return to the MOT garage once I have the new headlights, go to the Prefecture for more form filling and finger wagging and then I will be given my “carte grise”. This proves to the gendarme (if they stop me and they are not your usual run-of-the-mill English bobbie as they have hand guns strapped to their side!), that I am above board and legal and my Alfa/donkey is working very nicely thank you. Mind you, there’s a donkey market near here next week……..I wonder if they’ve got one with adjusted headlights? 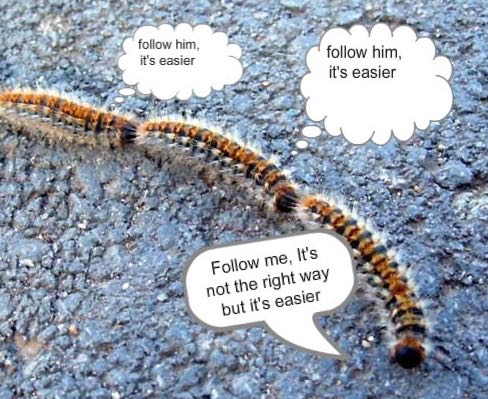 Life here seems to be one big interesting adventure after another. We have a circle of pine trees in the garden and I noticed shortly after we arrived that they had some sort of candy floss appearance on the end of some of the branches. I asked around and discovered that these were highly dangerous processionary caterpillars!! Gulp. I knew there were snakes and strange buzzy things when it got warm, but caterpillars that survive minus 12 degrees and then march nose to tail to burrow in the soft earth to form as moths in the autumn to start the cycle again – no thanks. Their hairs are extremely toxic and can cause anaphylactic (sp?) shock, asthma attacks and severe skin irritation which needs hospitalisation, not to mention what it might do to a grey old dog like Wooster! I managed to find someone to deal with them from the French yellow pages (“Page Jeaune!”) and they arrived with long ladders, loppers, space suits, breathing apparatus etc. and spent a long afternoon cutting them all out. In order that the hairs do not fly around when you burn them, the cocoons are sprayed with hairspray and then immersed in petrol and lit! Luckily they took them off-site to do that. They will come back in the autumn to spray the trees so the moths won’t lay their eggs again. I love nature but there is a limit… 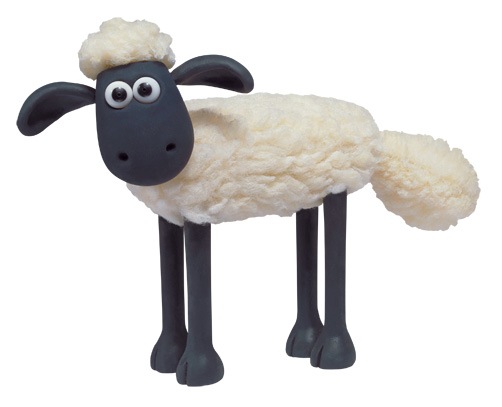 One of the most wonderful sights we have here at the moment are the sheep and lambs from the farm next door. The farmer has about four different flocks at various stages of lambing so we have tiny white lambs whose legs are on springs, teenage lambs who barge to the front of the flock when they are being taken up to the top pasture and then panic and rush back to their mothers who ignore them (sounds like a normal teenager/parent relationship) and all this is with much bleating and baa-ing. Then there’s the silent flock who are about to give birth who slowly plod along the lane, their bells clanging gently as they sway along. I don’t know the breed of sheep but they have black around their eyes so look as though they are wearing sunglasses. Cool!

We’ve signed the contract for the pool to be built and we hope the builder will start next month when any sign of frost is likely to be over. We’ve had awful rain for two weeks until Sunday when the sky turned azure blue and the temperature has been gradually rising. Today it was 22 degrees and it’s only the middle of March! Also with the onset of spring it has been wonderful to see the change of growth in the garden and surrounding countryside. In our garden we have wild violets, daffodils, hyacinths, crocuses, ornamental thingy things (can’t remember the name!), some other yellow shrubs I don’t know the name of, and forsythia (or formica as I keep calling it). All the prunus is out and there are varying shades of blossom around from deep pink to brilliant white. There’s a green fuzz to the trees and the starkness of winter is beginning to mellow. We’ve already had little lizards waking up and sunning themselves on the terrace and some large black bees with blue backs (known to us as B52s) seem very keen on the newly planted pansies. 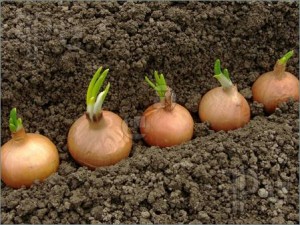 We’ve also dug two vegetable patches and planted 100 onions (I counted them all in and I’m gonna count them all out!), mange tout, radishes, small, medium and large tomatoes, courgettes, peppers and melons – and I’ve more things to be sown when the weather gets warmer. I’ve put twelve lavender plants along the edge of the path leading to the house, and we’ve also planted honeysuckle, mimosa and white jasmine. The earth here is a dark, rich red and it’s as easy as cutting into chocolate cake when you are digging until you hit a rock, of which there are loads! It also drains very quickly – luckily the rushing torrents of the Lot and Dordorge rivers and flooded fields of the past couple of weeks are already a distant memory. John has been coppicing the wood and hopefully the choked trees will get stronger now they have more light.