Clearing out some cupboards the other day I found a sheet of typed paper (remember typewriters?!) with my first impressions of France three months after we arrived here, a decade ago. So much has changed (not least our wonderful dog Wooster who is sadly no longer with us) but sometimes it’s good to look back so here is an excerpt:

Well we’re here, in France that is and absolutely loving it. We’ve had all sorts of problems to deal with and managed. First of all discovering that “le weekend” is sacred and nothing happens from Saturday lunchtime through to Monday morning – and then all the shops are shut. On our journey down here with with Wooster our black Labrador (who panted his way from Maidenhead to Sonac) we gave ourselves a punishing time schedule in order to cause the least stress to the dog. All went well, apart from the fact that Wooster hates the car – any homeopathy treatments which were meant to calm him I threw out of the window fairly early in the journey. 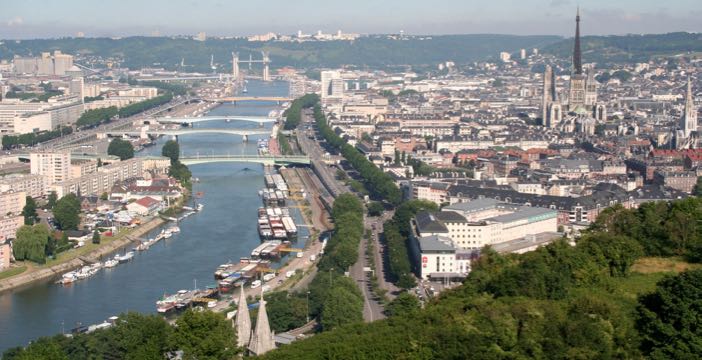 We made good time to but John was so tired he accidentally put petrol in the diesel car; 70 km later while I was driving, the car got slower and slower and then John realised what he had done. At this point we had stopped and it refused to start again. We had to be towed back to Rouen – we  were made to travel in the pick-up truck while Wooster was left in the back of the Escort. At this stage I thought the dog would probably die of terror. He didn’t, but his panting got heavier and heavier and the look on his face expressed his total feelings towards us.

We contemplated hiring a car to continue the journey (another 8 hours) but realised this was just folly and decided to stay in a hotel (which luckily accepted dogs). The next major hurdle was trying the persuade Wooster that the icy appearance of the marble floor in the foyer was not a problem and that the 2′ by 3′ lift was quite friendly. The poor chap looked at us in terror quite often but we paced the streets of Rouen on a lovely sunny afternoon and he realised that French poodles were quite attractive little bitches. We then found a restaurant (we asked if it was ok to take the dog in and they asked if we wanted smoking or non-smoking – we pointed out that Wooster didn’t smoke) and had a pleasant evening with our brave-ish hound at our feet. 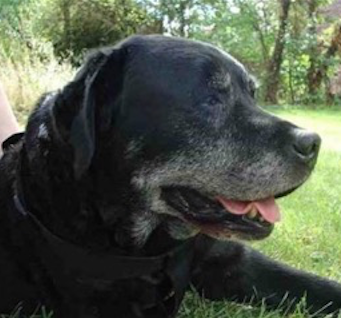 The following morning (on the third floor) Wooster absolutely refused to walk down the corridor towards the lift and, after much persuasion and temptation with Asda spicy sausages, we once more launched him onto the streets of Rouen. The weather was beautiful and we managed to relax, except for Wooster who spent the whole time wondering what other torture we were going to inflict on him. On Monday I rang the garage to find out when the car would be ready and they said not until about 4pm that afternoon. With that I became a little persuasive (!) and pointed out that “ma fiancé” had diabetes and had run out of his medication, we had an old and ancient dog about the die of terror and was there any possible chance it would be ready earlier? We picked it up at 11am and then took some time to find our way out of Rouen (lovely city, spotless – would recommend it for a clean weekend).

Once more on the route we knew we both began to calm down and contemplate our new life with great excitement. Wooster continued to pant and panic his way south and at one point we felt he needed a pee so pulled into a layby which are known as “aire”s. They are usually named after something local like “Aire de Rouen” or whatever. As we pulled in we noticed a transit van with a young lady sitting in it heavily studying her mobile phone. As we walked the dog and grabbed a bite to eat I noticed how friendly all the truck drivers were to the young lady as they passed with a cheery wave and toot of the horn. So friendly the French. On further study of the young lady I realised she had rather muscular arms, six o’clock shadow and large Adam’s apple. A couple of trucks and cars had already pulled in and were put off by the presence of “l’estrangers” so I think we somewhat ruined his/her business for half an hour. John renamed it “Aire de Poutain”.

Having had a couple of nights full sleep we did feel a little brighter but it is a long drive and the stretch in the middle is very boring. We got to the motorway at Orleans and felt we were making progress. At Limoges, some four hours further on, we hit driving sleet and snow and by this time it was dark. With dogged (sorry Wooster) determination we just wanted to get to our new home, finally arriving at about 8pm. The next major hurdle was getting Wooster into the house as there are six stone steps up the terrace to the front door. He has no power in his back legs since he had both knees replaced and it was a case of dragging and half choking the poor dog into his new house (I hope nobody from the RSPCA is reading this.) We gave him lots of treats and made such a fuss of him that he became quite overwhelmed and soon realised that there were lots of familiar smells as we had his favourite teddy (this is a big butch gun dog I’m talking about) for him and there was a lovely warm fire. We threw a tin of confit de canard (it’s a tough life here) on the cooker, opened a bottle of red and promptly fell asleep.

annabelandgracecw
•
Follow
Annabel had a wonderful styling session with Nayna of Hope Fashion - “to be highly recommended as she put me in outfits I might have not been bold enough to try and I loved them”. Watch out for more pics of some really colourful fashion! Join Annabel chatting with Nayna this afternoon at 5pm (BST) on IG Live. This outfit is the Glazed Linen Cropped wide leg trouser with the matching blazer and sequin vest. We have a reader 15% discount code AG15 which is available until midnight on Thursday 26th May. . . @hopefashionuk @naynamcintosh . #stylishlook #iglive #fashionforolderwomen #annabelandgracefriends #annabelandgracemagazine #annabelandgrace #colourfulfashion #lookgoodfeelgood #popofcolour #boldfashion #womenover60 #womenover50 #womenover70 #wardroberefresh #summerfashion #summeroutfits #holidayoutfit
View on Instagram |
1/9 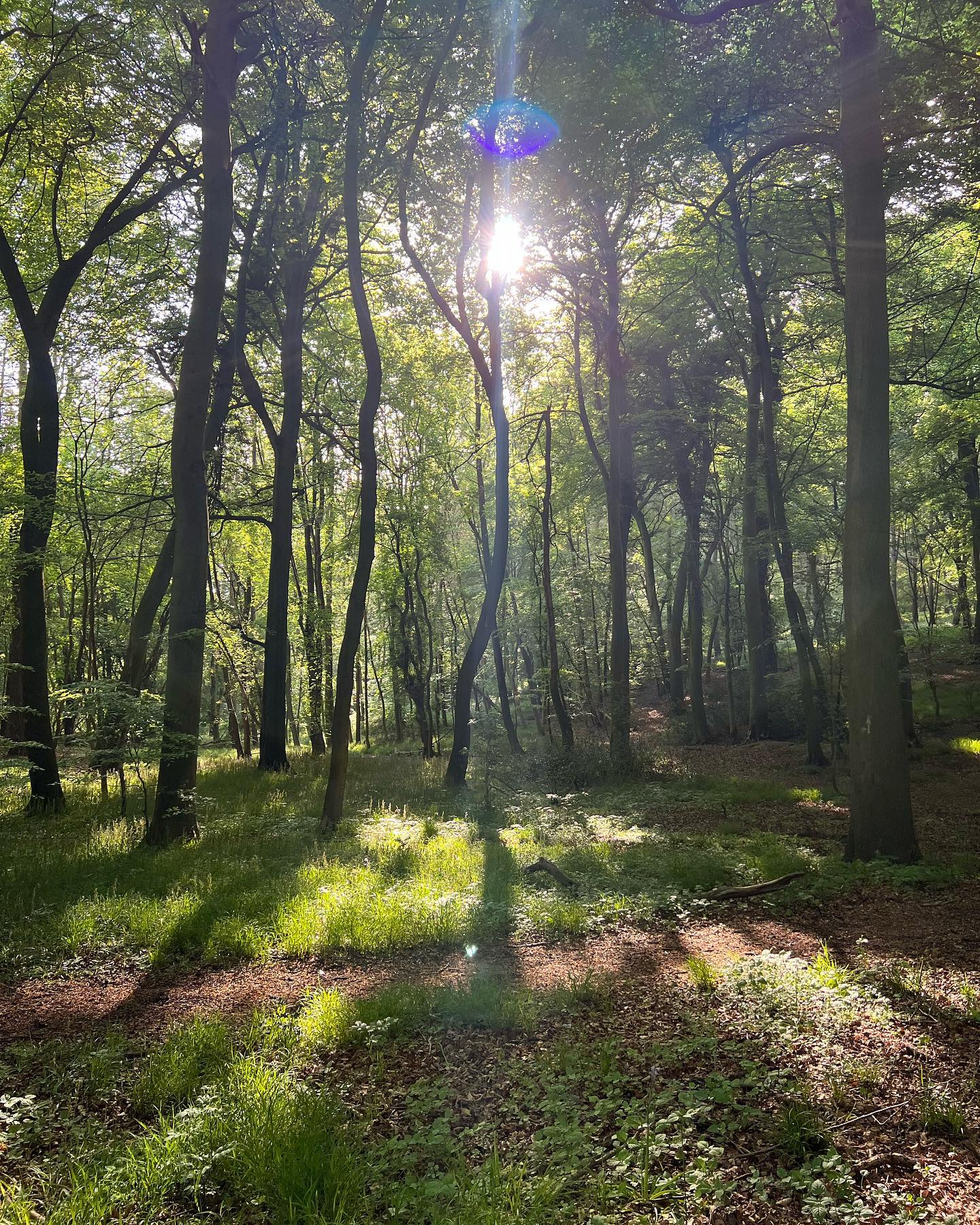 annabelandgracecw
•
Follow
It’s a ‘No Annabel or Grace Day’. Just wanted to post a pic of our woods post the Bluebell glory days. Still beautiful and so majestic. I walk every morning through them and often wonder who has walked these paths for the centuries before us. We are just passing through but these woods will continue on long after us. Such a grounding thought. Anyway I hope everyone who walks these woods gets as much pleasure and joy as I do. . #woodlandwalks #woodland #lambridgewoods #henleyonthames #annabelandgracemagazine #peoplefreepicture #lovewhereyoulive #lovewhereilive #greatstarttotheday #dogwalking
View on Instagram |
3/9

annabelandgracecw
•
Follow
Monday morning and time for my @oatly cappuccino following an hour of yoga to get me in the mood for work. Feeling casual and thinking about going on holiday so slipped into the Tilly Wide Leg Trouser £65 in Chambray cotton and v-neck cap sleeve top £49 from Surkana. Both available from @artichokegirls. Definitely will pop these two into my holiday suitcase. Is anyone else thinking about summer holidays? . #casualdressing #holidayclothes #widelegtrousers #chambray #holidayoutfit #annabelandgrace #annabelandgracefriends #annabelandgracemagazine #stylishoutfit #dressingolderwomen #womenover60 #womenover50
View on Instagram |
4/9

annabelandgracecw
•
Follow
Today is definitely a scarf day and there is nothing better than a colourful one to brighten up any outfit. This one is from @silverpinkcompany - a brand which has some gorgeous pieces that work so well on us older women. We have lots of new articles being published later today - 2 new recipes, some fashion tips for older women from @nevertoolatetolookgreat, a look at a range of colourful sneakers from @mandarinashoes, a craft-making business discovered by Janet Gordon, a review of an art fair in Devon & a bakery and cafe on the A303 @solbakeryandcafe . So do pop over later today or subscribe via our link in our bio so that you don’t miss out. . #annabelandgrace #annabelandgracefriends #womenover50 #womenover60 #womenover40 #womenover70 #annabelandgracemagazine #magazinesforolderwomen #freemagazineforwomen #freeonlinemagazine #magazinesubscriptionsforolderwomen #over50magazinefreedownload #over50magazineonline #over60magazineonline #topwomensmagazine #midlifewomensmagazine #womenslifestylemagazine #countrywivesmagazine
View on Instagram |
5/9

annabelandgracecw
•
Follow
Feeling a bit (navy) blue. Where is the hot sunshine? We have sun but no heat! Grace and I don’t normally dress the same but this spotted dress and cardigan from @jdwilliamsuk suited us both and was very gentle on our bank accounts. It is a website that is well-worth a browse as you can find some very reasonably priced fashion and lots of pieces that work for older women. We have new posts published Tuesday/Wednesday and Friday/Saturday so why not subscribe to our free newsletter and receive the posts into your inbox so that you don’t miss any. Link to subscribe in our bio. . #annabelandgrace #annabelandgracefriends #womenover50 #womenover60 #womenover40 #womenover70 #annabelandgracemagazine #magazinesforolderwomen #freemagazineforwomen #freeonlinemagazine #magazinesubscriptionsforolderwomen #over50magazinefreedownload #over50magazineonline #over60magazineonline #topwomensmagazine #midlifewomensmagazine #womenslifestylemagazine #countrywivesmagazine #freenewsletter
View on Instagram |
7/9

annabelandgracecw
•
Follow
What have you been up to this weekend? We have both been out enjoying the sunshine. Grace has been walking in the glorious W.Sussex countryside whilst I have been enjoying the rolling green hills of Devon and a garden sculpture exhibition at @delamoreart near Ivybridge. I loved this bronze piece - the Bee Speaker by @oliviacliftonbligh . #westsussex #devon #sculpture #outdoorart #rhododendron #springsunshine #annabelandgrace #annabelandgracemagazine #weekend #timetobeoutside #liveinthenow #liveeveryminute #enjoynature #womenover50 #womenover60
View on Instagram |
8/9

annabelandgracecw
•
Follow
As the temperature rises we all need a pop of colour in our wardrobes and so now is the time to experiment. There is so much colour around in all the fashion collections but If you want some inspiration then pop to our website for our latest fashion post on Clashing Colours. There are lots of suggestions from different brands. . #popofcolour #colourfulfashion #fashionforolderwomen #annabelandgrace #annabelandgracemagazine #annabelandgracemagazine #onlinemagazineforwomen #freeonlinemagazine #womenover50 #womenover60 #womenover40 #clothesthatdontboreme #clothesforwomen #fashioninspo #fashioninspiration #summervibes #summerclothes
View on Instagram |
9/9
View on Instagram
Tweets by @Countrywives