Inspirational Books About Women Who Have Left An Indelible Mark

Recently there has been a flurry of books about women. I was given a couple for my last birthday as they are such a good gift for your girlfriends. We celebrate women and all of their achievements on The CountryWives. I therefore thought it would be appropriate to share these books about women with you all.

A History of the World in 21 Women by Jenni Murray 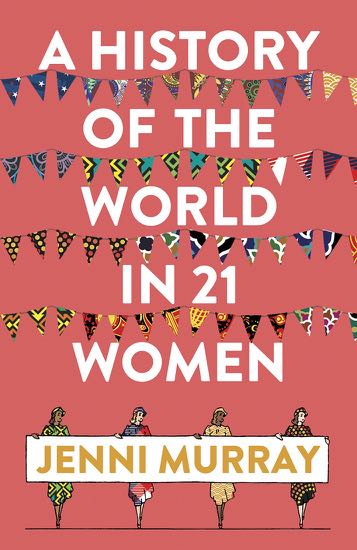 Jenni Murray gives the lie to Thomas Carlyle’s infamous declaration that ‘the history of the world is but the biography of great men’. Women have played just as great a role in the story of humankind, only for their own tales to be marginalised, censored and forgotten. Their names should be shouted from the rooftops.

Marie Curie discovered radium and revolutionised medical science. Empress Cixi transformed China. Frida Kahlo turned an unflinching eye on life and death. In a History of the World in 21 Women Jenni Murray celebrates the lives, struggles and achievements of some of the most extraordinary people to have ever walked the Earth. These women ruled empires, they led nations. They were pioneers in the arts and geniuses of science. They led while others followed, spoke truth to power and fought for change. All left behind an indelible mark.

There are many chapters in this inspirational book on female politicians – Hillary Clinton, Benazir Bhutto and Angela Merkel to name a few.  From Pharaoh Hatshepsut to Joan of Arc to Coco Chanel and Margaret Eleanor Atwood, 21 women in total,  who all left an indelible mark in history. Jenni Murray is the doyen of female broadcasters so is the perfect author for such a book. We have all grown up listening to her each morning on BBC Radio 4 and now she has written the most appropriate book for our modern times.

I Know a Woman by Kate Hodges 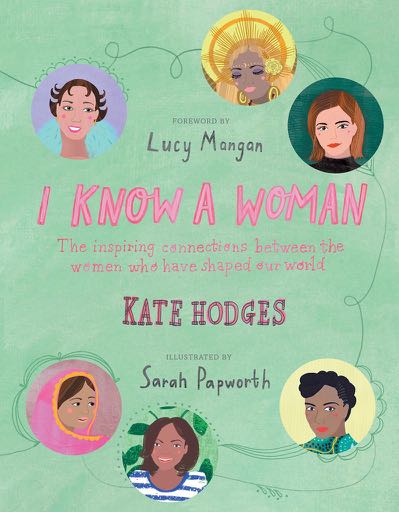 This book is about the inspiring connections between the women who have shaped our world. There are chapters on 84 women and it is all illustrated by Sarah Papworth. It is more of a coffee table book than the previous book however just as stimulating and interesting. There are tales of spies who smuggled secrets in their knickers, of glamorous film stars who had secret lives inventing the vital elements of Wi-Fi, of suffragettes who spent time in jail being force-fed, and of ex-slaves who led hundreds of others to freedom. You’ll also find that these women rarely acted alone. These women had the support of friends, cheerleaders and mentors. They were inspired by female groundbreakers who’d come before them.

I may have said that this is book is more of a coffee table book however when you start to read it you won’t be able to put it down.

Two great books that I can highly recommend to everyone. Maybe not so perfect for the men in your life but then again it could be an education for them.

Women throughout the ages have made a huge contribution to the world and these books celebrate many of them.