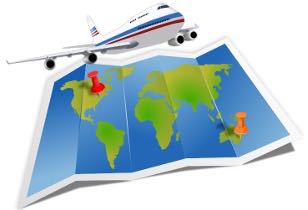 I have travelled all over the world, politely eaten things which would make most people throw up, swum with dolphins and traversed bridges over ravines. In short, I am well travelled and very little fazes me – but I have to say being beckoned (not very enticingly) into a 71 year old bollock naked man’s boudoir last week DID!

I was so horrified at this extraordinary gauche gesture I decided to talk to Sassy about it to find out if this behaviour is “de rigeur ” these days. Happily when I told her she clapped her hand across her mouth,  swallowed the swear word she was about to use and was equally horrified.

I must tell you the circumstances of this encounter. It was not a new date as the man in question is an old friend, by which I mean someone whom I have known for over ten years. I have always affectionally called him Tight Arse (not to his face), because he seems to have the strangest of diseases which makes it impossible for him to spend money!

His affliction is such that I gave him a miner’s lamp one Christmas on account of his habit of sitting in complete darkness when watching TV. I was fed up with getting bruises from stumbling into the furniture because he was saving electricity! He lives in a house worth more than most of us have ever even dreamed of, he has a castle in Scotland and huge business assets, but get him to take a taxi and you would think you were trying to extract a tooth. Usually I laugh at his extraordinary efforts to avoid paying for anything. This is a man who goes out in the rain to get his free cup of coffee at Waitrose. He gets huge pleasure from negotiating to his advantage and is a whizz kid at changing suppliers of power and internet so he always gets the best deal.

I have gently tried to explain to him that he really is a bit over the top. He was once meeting me at an small airport in Scotland and he went round and round the roundabout until I came out of the airport cos he didn’t want to pay a parking fee. In the past I have laughed about it and tried very hard to understand his problem. Part of it is that he came from a very humble background and has achieved huge success entirely without help.

Why would I keep on seeing someone with such a weird sad habit I can hear you asking. Well he is a Jekyll and Hyde. He is also immensely kind and has a fantastic intellect… and I really like him. A few weeks ago he asked me to come up to London for a special event. He said he had something very special to tell me… 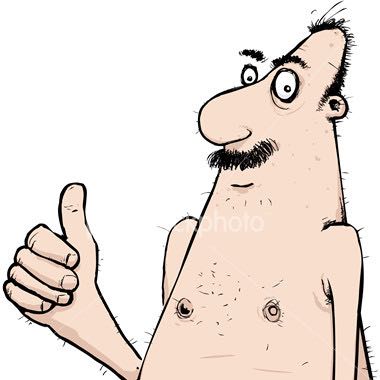 The something very special seemed to be that he would like to spend much more time with me, that we should be travelling together and, that in his view, our lives would be much enhanced. I had a nasty suspicion it might be something to do with single supplement but I shooed those unattractive thoughts out of my mind and explained that I was very happy on my own. I had freedom and I really did not wish to change my status quo, but I was very fond of him and of course we would always be friends. That is where I went wrong. Maybe I should have spelled it out with more clarity? I thought he would get it. I am not known for my subtlety and so I thought I had been pretty clear.

So later that evening when I trotted off to the guest bedroom I was more than surprised when he called out to me and, on going into his bedroom, found him stretched out stark naked on his bed!!!! I hasten to add that I withdrew with extreme alacrity… and told him firmly that the door was shut.

After discussions with my mentor Sassy we decided that the sense of entitlement that some men have is simply enormous. And that is where the magnitude ends. Being over seventy and thrice married, I am NOT over keen on having a relationship again with any man, woman, dog or beast. I have wonderful children whom I adore and see no point whatsoever in cohabiting again. Especially as my fertile days are well over. Nature is kind. It gives you hints. 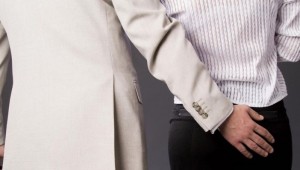 I do think it’s sad though. Do you think men are so programmed that they have always got to try? Is it just a basic function that never leaves them? Should I be flattered? My basic instinct was irritation. Why had he not listened? Or hadn’t I spelled it out clearly enough?