Whatever people think about Brexit, most of us agree it would be quite nice if we could continue to pop to the French coast with ease. For me crêpes are holiday food of the highest order, so Brittany is a bit of a favourite. If you’re not familiar with this stretch of dramatic coastline, with its thick inland forests, green fields, surprise châteaux and medieval towns and hamlets, then I recommend you head for Mont Saint Michel – which is officially in Normandy – and then travel south along the coast from there. Or else spend a few days on Jersey or Guernsey then head across to the closest mainland.

Brittany spoils you for choice when it comes to staying in the towns and villages. Saint-Malo is famously stunning, it’s got an atmospheric walled city – it used to be a pirate outpost, so you’ll hear some swashbuckling stories – and the tides here are pretty impressive. You might think that watching the tide doesn’t really sound like an amazing holiday experience, but if you pair it with the local cider, local oysters or moules and a galette then you’re really in for a treat.

Roscoff, one of the ferry ports is far prettier than you’d expect a ferry port to be, with 16th century houses and rural views, then there’s charming, cobbled Dinan, which seems hardly changed since the Middle Ages, and little Quimper is great if you want somewhere pretty but also culturally rich – and Brittany is very rich culturally. They’ve wanted their independence from pretty much everyone, starting with the Franks in the 5th century – so they probably understand the referendum result better than most Europeans – and one of the ways their independence has been expressed is through the fostering of strong local customs and traditions. And yes, that means food, like my crêpes, and Breton cake, beer, cider and mead, as well as striped sailor’s tops. I don’t know if it’s considered polite to dress in stripes for one’s entire visit to Brittany, but no one has ever said anything to me about it… 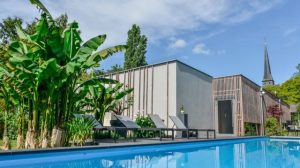 If you’re in Brittany for the food and you prefer a pared back, modern aesthetic then you’ll probably want to move in to Le Saison – Les Patios and stay forever. The ultra-modern rooms in white and brights all have floor to ceiling windows on one side facing out onto the verdant, tropical feeling gardens. But the restaurant is still the main event. People who give out awards (it is Michelin starred) tend to agree that this is innovative French food at its best. Take a cooking class here if you’re struggling with leaving. Located in Saint-Gregoire, there are five rooms with rates starting from around £160 per night. 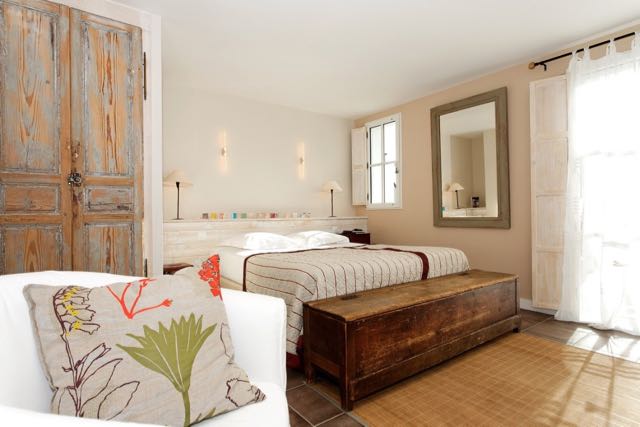 Le Lodge Kerisper has been cleverly converted from a 19th century farmhouse into a collection of 20 rooms and suites and one villa – all done in neutral tones and without scrimping on style. Some of room layouts borrow from trendy city lofts, but the pool, lawn, tennis courts and breakfast terrace are pure Brittany. Rooms start from £75 per night. 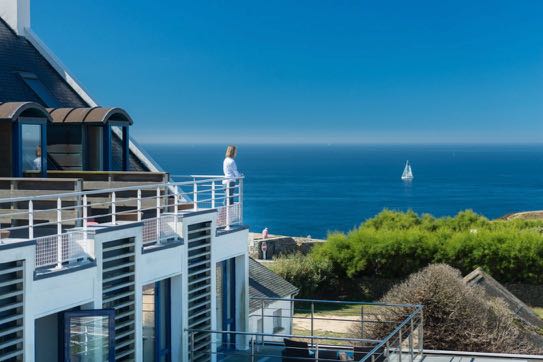 Converted from a lighthouse, the Hostellerie de la Pointe St Mathieu has spectacular views over the Atlantic as a given, and 24 rooms which open out onto it from private terraces. But to that has been added a gourmet restaurant, a spoiling spa and stylish, modern decor. Windswept walks and comparing the ever-changing view are going to be favourite activities here. Room start from around £70 per night. 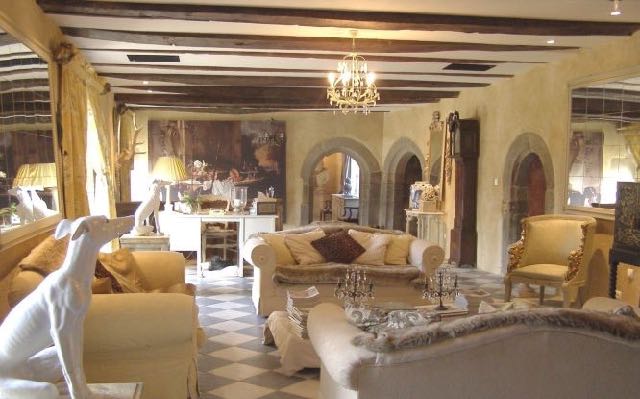 Manoir de Kerledan is a spectacularly renovated manor house turned B&B with four beautiful bedrooms. There are elegant antiques, stone-flagged floors, arched doorways, chandeliers, plenty of exposed sandstone and just the right number of animal sculptures and statues to make it feel a little eccentric. The gardens are magnificent, they’re family friendly and the breakfasts are very good. The central Brittany location is about an hour’s drive from coasts to the north, west and south. Rooms start from around £80 per night.

For the Seaside
Brittany’s beautiful coastline is one of its major draws, and if you want to make the most of the coast stay at the Grand Hotel des Bains. This 36 room, designer hotel overlooks the turquoise water of the Baie de Locquirec and makes the most of it with sea-facing terraces and private balconies. There’s also an excellent spa, boasting many unpronounceable treatments, and restaurant – they’ve also got a brasserie in the harbour which is an excellent choice for a relaxed lunch. Rooms start from around £140 per night. 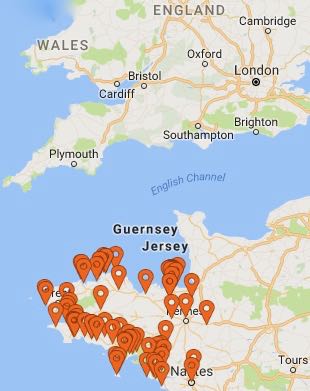 One of the best things about Brittany is that it’s super easy to get to. You can fly to one of Brittany’s airports from Gatwick, Stansted, London City, Manchester, Birmingham, Leeds Bradford, Bristol, Southampton, Exeter and East Midlands. All the major low-cost airlines fly to Brittany, but you can also travel with BA. Or you can take the ferry from Portsmouth, Plymouth, Poole or Weymouth, which takes between nine and eleven and a half hours, so the Hotel Gurus recommend an overnight journey arriving around breakfast – staying in a comfortable cabin of course.

You can travel by train to Paris then TGV to Rennes in around five hours, or to Brest or Quimper in a couple of hours more, or you can drive. You could easily spend a very pleasant three or four days in one of the ferry ports, like Roscoff or Saint-Malo, but to really explore the region it will help to have a car or a bike.

Brittany has quite a pleasant and organised weather pattern, with cold, wet winters, warmer springs, dry warm summers and dry autumns. By May maximum temperatures average around 17°C. By June they’re 20°C and August 22°C. In the warmer months there’s plenty of sunshine, with between six and eight hours expected a day, and the beaches are extremely appealing, though water temperatures, at around 16-18°C will be refreshing.