As many of you know from a previous blog post, I have just had a really busy time doing a big fair to raise money for The Thai Children’s Trust. No sooner than I had done that, than I set off to walk – or at least walk part – the Camino de Santiago. For the uninitiated it is a very long walk through France and Spain taking a route which pilgrims have taken for many centuries. Some people do the walk for religious reasons, some just cos it’s an exercise in discipline and some, like me, do it for the experience. 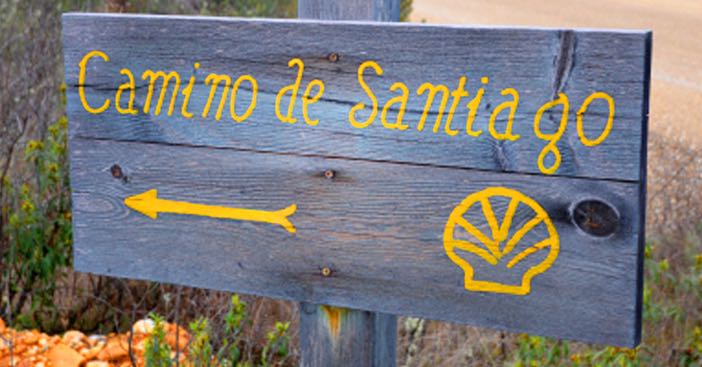 You travel through woods and paths and trails, and cross rivers and streams and see tiny hamlets and churches and finally you get to Santiago! Along the way, you get to meet people you would never come across in your life. You smell wonderful country fragrances, eat and drink simple fare, and you stay in little hostels along the way. If you are going to do it the hardest way, you sleep in a dormitory, in a different place each night, and you carry your own stuff. As a concession to my great age (over seventy) I am NOT sleeping in a dormitory. And I’m having my little suitcase taken from place to place so I only have to carry a light rucksack. I am travelling with an old school friend,who I was at boarding school with (Malvern Girls’ College) so at least she too is used to roughing it! Boarding school was tough! 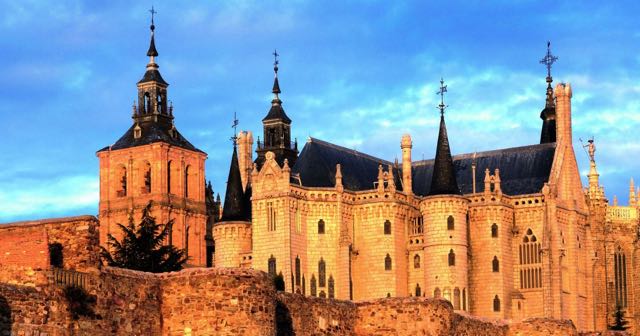 We started our Camino de Santiago adventure by meeting in Madrid and then driving north to Galicia, our starting point. We had booked into a lovely hotel for our last night of luxury and decided to treat ourselves to a good dinner before our marathon trek. The little medieval town that we stayed at is called Astorga and, like many in this part of Spain, it was built high up on a hillside to repulse unwanted visitors! It has high walls, fantastic Roman remains, a church built by Gaudi and a wonderful hotel frequented by the previous Queen of Spain. The thing I liked the most about the hotel – Posada de Casa de Tepa – is that it is like a gorgeous family home with pictures of the family etc. It had a courtesy bar – heaven. After generous G & Ts we walked to a restaurant which had been recommended. This is the land of pigs and and mushrooms. Of course I had to try the local dishes. I can honestly say I will never eat pig’s cheeks with wine sauce again, but at least I tried it. My companion ate duck in raspberry sauce – she did rather better – but the cuisine in the area is like the countryside – lush and very rich. Finally after sampling the chocolate pudding – chocolate was first made in this illustrious little town – we decided it was time to go home. 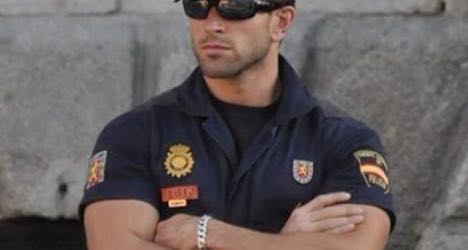 Disaster! Nothing looked the same. Where was our hotel? After circuiting the medieval town we realised we were well and truly lost. There wasn’t a soul in sight – everybody goes to bed really early. Nothing was open. All we could see were shuttered windows. We were in the area of bikes and car tyres – a sure sign that you are in the wrong part of town! Just as I was looking at the doorways wondering where we might settle for the night, I saw a police car! I rushed out into the road frantically waving them down. The policeman wound his window down. “I am lost” I said in my best schoolgirl Spanish. Unfortunately what I actually said was ” We are pregnant.” The policeman looked at us quizzically. Realising that, if nothing else, we were certainly maidens in distress, he popped us into the back of the police car and drove us back to our hotel.

I have never been in the back of a police car! And I didn’t realise there are no handles in the back seats. Well of course not. And the seats are moulded plastic and extremely hard. But boy were we pleased to have the lift.mWe thanked them effusively and then had to wake the night watchman to get into the hotel.

It all bodes well… the first, I imagine, of many adventures!