Book Review: Child of All Nations by Irmgard Keun 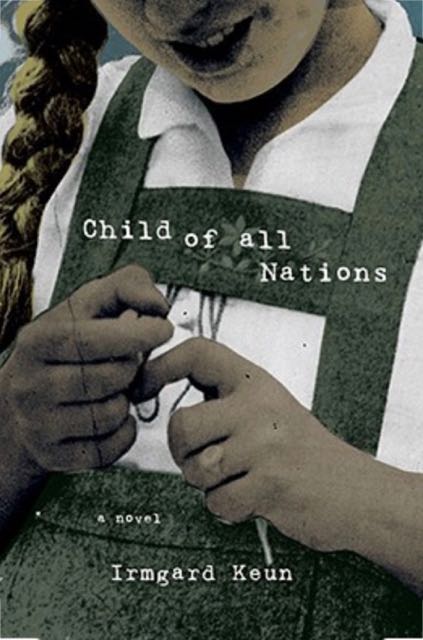 Irmgard Keun and her book Child of all Nations was recommended to me by the salesman in Waterstones. I had no previous knowledge of this author.

Keun was born in 1905 and lived in Berlin. While growing up she wanted to be an actress. But having failed at this she started writing novels in 1929. She had instant success but this led them to being black listed by the Nazis for their immoral depictions of the modern young woman. She lived in Germany during the war years under an assumed name.

After the War she wrote humorous sketches for radio and had a daughter whom she brought up on her own. By the time she died she had gathered a following made up of younger generation feminists.

Child of all Nations is a delightful novella. The main character is Kully the daughter of a German writer, who has been banned from Germany for his writings. Kully is educated in the ways of the world but not academically. She knows how to roll a cigarette, pack suitcases and what you need to enter different countries. Kully lives in a very adult world, meeting eccentric characters on the way. She understands life dangers.

Kully and her Mother travel around Europe staying in various hotels. They are continually running out of money and having to make quick exits. Her father is away trying to sell his books and scripts. He is always dreaming of the big break through. All her Mother wants to do is settle down somewhere and make a permanent home. Her parents are always in debt borrowing from various “uncles”.

Kully’s mother comes over as an extraordinary character. She is amazingly tolerant and accepting. She and Kully accept that her husband seems to have many women buzzing around him most of the time. He is a complex and difficult character. There are delightful scenes of her and her mother ordering room service while having a family of guinea pigs breeding under the wardrobes. Of course once discovered they were quickly removed by hotel staff and the duo would have to move on. Finally Kully and her father go to the USA where he wants to make his name as a screen writer. They have to leave her mother behind due to lack of finance for the fare.

The story is written with great humour although it also brings out the hardship of the time. Kully has no conception of the impending danger of Mussolini and Hitler but you can feel it lurking throughout the story.

I thoroughly enjoyed this novella and getting to know Irmgard Keun as an author.