Yours or mine? Childcare pass the parcel... / CountryWives

Yesterday I went down to see my friend Mary at her family home. We were chatting away whilst her two little grandsons played at our feet. Mary suddenly shouted to her hubby, “Mine!” and then a bit later” Yours!” As I wasn’t expecting this sharp command, I kept jumping in surprise.

Mary explained that once a child moves into your own personal space you must take over the responsibility of that child. Likewise, if the baby crawls out of your safe ‘lunging’ area, you alert another to take over the reins. It’s passing the baton/baby game. A slow relay race, of sorts. If that child is particularly active it’s similar to watching doubles in tennis. “Yours.” “Mine.” “No ….. Yours, you numpty!”

Basically it’s not frightfully good form to allow a baby to get hurt on your watch, especially as you were pre-warned that it’s crawled or waddled into your guardianship. I’d feel pretty relieved once it had left my territory unscathed, frankly!

Mary’s mother was recently watching her great-grandson from the comfort of her horizontal chair when she realised the youngest had stuffed something untoward into his mouth. They do tend to do this, annoyingly.

He was beyond her walking stick’s vicinity. His father was fast asleep till he got poked by the stick and told firmly, “Yours!”

Unless you specify, “I have just put you in charge of my baby. I am holding you entirely responsible for its health and safety till I release you,” how would that person know? I doubt if anyone would want the job, though.

Little did you think that when you entered that house it would come with so much pressure.

When relatives or friends come over, there’s a silent assumption that the baby’s safety will be someone else’s problem. If little Henry topples off the table, falling flat on his (previously) pretty little face ….. “I thought you were watching him?” “Well I was, until I popped to the kitchen,” isn’t really going to wash!

So this verbal command “Yours” or “Mine” could save Henry’s baby teeth (which incidentally took an inordinate amount of time and pain to appear) from being smashed. 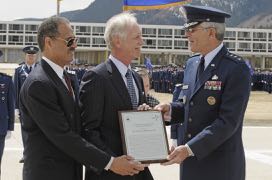 Apparently Mary got this “Mine/Yours” idea from an aeroplane crash. A crippled jet, US Airways Airbus 320, had to ditch into the Hudson River due to an excessive amount of birds flying into the engines. First Officer Skiles was at the controls at that time, when Captain Chesley B Sullenberger III (great name, by the way) shouted “Mine” and took over the controls to bring the plane safely down, saving 155 people’s lives.