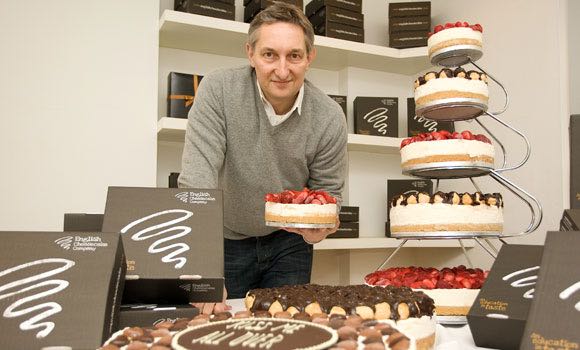 Annabel’s review: When we were approached to sample the English Cheesecake Company’s wares Ellie and I jumped at the opportunity; sadly Grace is on a diet so had to decline. I am a cheesecake fan and men have threatened to leave their wives for my White Chocolate Cheesecake! so the idea of cheesecakes delivered to my door which might be as good as homemade ones appealed to me. 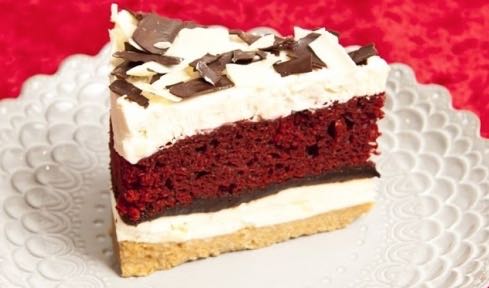 A freezer box arrived on a Thursday and a huge selection of cheesecakes were within. Luckily I was having friends to supper the following evening so I immediately thought I could make them my testers. Since the English Cheesecake Company had sent me one large one and a box of 12 mini cheesecakes I popped the large one in the freezer and defrosted the small ones. They are cheesecake infused chocolate sponge cupcakes and the range of flavours is immense – so I defy anyone not to find one that they like. I leapt at the salted caramel, though I did offer my guests first choice but luckily they all had different tastes: there was the chocoholic who went for the Chocolate Profiterole and Honeycomb, while his wife chose the more subtle and refreshing Mango Passionate. My OH went for the death defying Millionaires’ Shortbread, while our other friends abstemiously split a Raspberry white chocolate but then couldn’t resist the Blueberry Shortbread. There was total silence as we all indulged and many satisfied sighs as we finished. While small they are rich, but the flavours so perfect that you cannot stop eating them and as good as any homemade cheesecake. 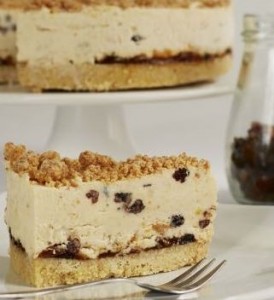 I see they are now doing a Christmas range and I would recommend that you buy now to have some in your freezer for those unexpected guests. Although I guarantee you won’t be able to resist and you will serving them throughout the festive season. I could go on waxing lyrically about this company as there are Chocolate fudge cakes, Moreteaser Cakes (!) and mini cheesecakes to celebrate the arrival of a new baby, but go onto their website and you will be salivating within seconds.

Ellie’s review: Nothing quite prepared me for the incredible looking boxes which arrived on my doorstep last month; boxes filled to the brim with dry ice packs and frozen mini cheesecakes and in a separate box lay a larger frozen cheesecake fit for a queen! Not wanting to waste a morsel I rang two friends and asked them round for dinner, not just any old dinner but one in which they would only be eating cheesecake, and plenty of it.

Our findings were the following: 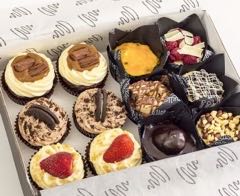 Firstly the box filled with mini cheesecakes blew us away (Double Vision£36) – every flavoured cake you can imagine packed in to one box and such beautiful presentation, in the centre of a dining table a platter of these would make a beautiful centrepiece.

Some of the cakes were mini cupcakes and the rest mini cheesecakes and each one satisfied hugely, in fact the chocolatier ones were almost too filling to be able to finish! We loved the icing on the cakes, I imagine this must be a secret recipe because it’s too good to share.

Anyway, suffice to say that my girlfriends and I highly recommend these cakes; not only are they delicious but so very, very useful to have in the freezer, especially over Christmas when you’re never quite sure who will be popping in for a cup of gin. 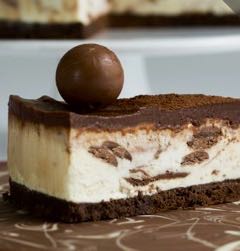 The large cheesecake, which serves 12, was stupendous and aptly named “Choca d’or Milk Chocolate Cheesecake” (even the name of it stops one in one’s tracks)! Once again the cake defrosted quickly – the base remained crispy and hadn’t given way to de-frozen sogginess; the flavour of the cake was supremely chocolatey and just to make sure we’ve had enough chocolate it was topped with solid chocolate balls filled with a praline centre.

Thank you to the English Cheesecake Company for allowing us into your world of yumminess and we’ll be back!

COUNTRYWIVES’ READER OFFER  Quote FRIENDS10 and you’ll be given 10% off your order.