Have you been reading just too many articles in the press to be able to keep ignoring it? Or are you already doing as much as you can? Or, as a sign of the times, are you cocooned in your own ‘echo chamber’ and just don’t stumble across many articles about climate change? I’m guess whichever way you will probably have noticed the children’s strikes on Friday March 15th – over 1.4million children round the world went on strike that day – inspired by 16yr old Greta Thunberg – all wanting the adults to sit up and listen, to address the climate breakdown facing our planet.

Can you stay with me for just 60 seconds more?

Surely the government are sorting it out, and what about businesses, aren’t they responsible for most of this mess? Well the fact is that we all need to be pulling together, we are running out of time, we all need to do our bit, starting now. Our carbon emissions need to be cut…dramatically and quickly.

But tell me, what’s the urgency? Well, the Intergovernmental Panel on Climate Change (IPCC)* have warned that we only have a dozen years…yes 12 years… to ensure that global warming is kept to a maximum of 1.50C, beyond which even half a degree will significantly worsen the risk of drought, floods, extreme heat and poverty for hundreds of millions of people.   And…our planet has already warmed 1℃ in the last 100 years.

Sorry, did you say hundreds of millions of people…yes we’re talking about extreme weather events that will affect us, as humans…sea level rises that make vast swathes of land uninhabitable and result in mass migration, glaciers melting that in turn dry up the supply of water for major rivers, wild fires that are out of control, heat that leads to the rapid spread of disease, dying coral reefs, species extinction…the list is long and you’ve probably heard of most of them. As David Attenborough said earlier this year – ‘The Garden of Eden is no more’.

So what can we – that’s you and I – do?  Well, every little action can make a difference.  We need to cut our carbon emissions – which basically means reduce our electricity and gas consumption, reduce how much petrol/diesel we burn, and think about our purchases – do we really need that – what is it’s ‘environmental footprint’?

There are many movements around the world which are encouraging individual action –  for example:

As well as individual action, we need to pressurise decision-makers to make radical change in the face of the climate change agenda. There is a phenomenal groundswell of grass roots organisations campaigning, for example, to make local and district councils recognise the current Climate Emergency – to push climate change to the top of every decision making agenda.   Henley-in-Transition, my local environmental group, is doing exactly that – there are many transition groups all over the country.  Over 34 councils have already declared a ‘climate emergency’ – find out if your local council has by clicking HERE.

And there are many organisations engaging with business and world leaders about the scale of the climate breakdown that our planet is facing.  World Wildlife Fund (WWF) being one of them – with their strapline ‘ the trouble is we think we have time’.

‘Right now, we are facing a man-made disaster of global scale. Our greatest threat in thousands of years. Climate change.  If we don’t take action, the collapse of our civilisations and the extinction of much of the natural world is on the horizon.’

‘The thing is…it’s just not really my bag; I’m too crazily busy with my job; my family takes all my energy; my life is already too full.’  But as the British Explorer, Robert Swan, said, “the greatest threat to our planet is the belief that someone else will save it”.

Over to you and me then…will you join me?

*The Intergovernmental Panel on Climate Change (IPCC) is made up of scientific experts and official representatives from 195 countries who have achieved a consensus agreement about the physical basis for climate change and the likely impacts of it.  It draws on thousands of scientific papers. The Summary for Policy Makers document is quite a heavy read – an excellent and more accessible option might be BBC news article – ‘5 things we have learned from the IPCC report’. 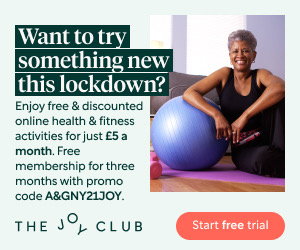