The other weekend OH and I were looking for a good drama or film to get our teeth into. We didn’t want subtitles and we did not want violence, so that ruled out quite a few! Then we went onto our under-used Amazon prime account. We have an Amazon Firestick plus an Amazon Prime but we have only ever watched The Man in the High Castle on this streaming service. However scrolling through we found The Collection by Oliver Goldstick (the man behind US dramas Ugly Betty and Pretty Little Liars) and we ended up watching all 8 episodes over one weekend. “Just one more before we go to bed”, kept being said by both of us.

The Collection, is a gripping family saga, set in in France just after the Second World War. It is centred on the Sabine family and their Parisian fashion house, which has been tasked with restoring the city as the haute couture capital. Paul (Richard Coyle) Sabine is the entrepreneurial and ambitious mind behind the label while his brother Claude (Tom Riley) is the creative genius, but dark secrets threaten to topple this empire at any moment; internal rivalries and betrayals, hateful bargains made to survive the Nazi occupation, and the twisted secret behind the master’s success. The staff of the atelier survived one devastating war, but another looms, where personal battles and passionate love stories set family against family and the past against the future. 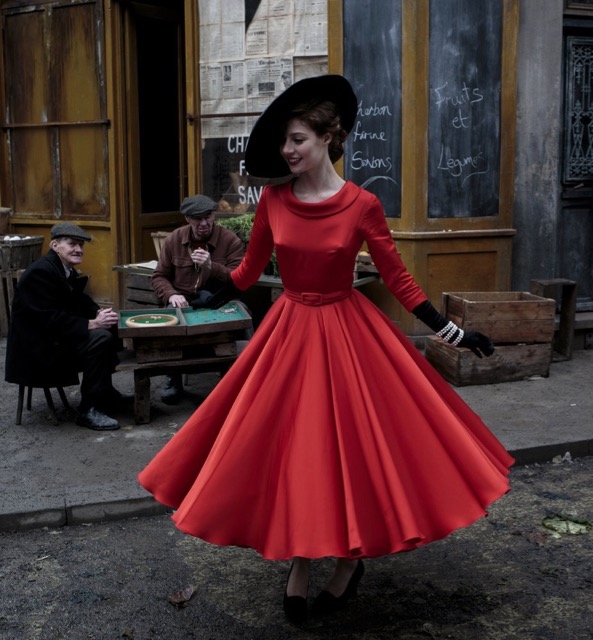 The fashion was exquisite, dresses that made women look like real women, glamour at its very best. There must have been a hefty budget spent on designer costumes – and the result is lavish. The sheer styling of the whole series was quite beautiful with the film being interspersed with still photographs taken by the in-house, young, American photographer. Each episode kept revealing even more layers and so the plot thickened.

Frances de la Tour was a force of nature as the Sabine brother’s mother and Mamie Gummer (Meryl Streep’s daughter) played the most elegant wife of Paul Sabine. 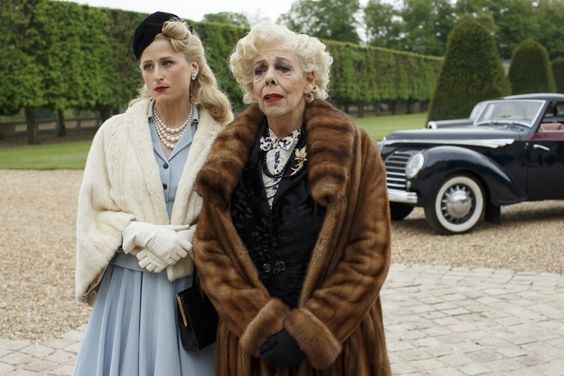 Just a warning that the first episode is a little confusing but keep going as by the end of Episode 8 we were completely hooked and left longing to learn more. I can’t wait for The Collection season 2 but there seems to be a delay. I think that these series on Amazon are not well advertised and so there is an ignorance of their existence and therefore viewing numbers. Another one that I loved, as mentioned at the start of this post, was The Man in the High Castle starring Rufus Sewell – a very dark series about America post WWII but the story shows the Germans and Japanese having won and the US being divided between them. Season 2 of this series has recently been released.

So come on Amazon tell everyone about these fantastic drama series that you are streaming and don’t let Netflix win the Battle of the Streamers!