‘Smokies’ are whole wood-smoked haddock with the backbone still intact. They are still produced in small family smokehouses in the east coast fishing town of Arbroath in Scotland. The Arbroath smokie joined a select band of European speciality products when it was awarded Protected Geographical Indication (PGI) status by the European Commission on 2 March 2004. You’ll know when you’re eating a genuine Arbroath smokie, as no other smoked haddock looks or tastes quite like it. The outside of the fish has a coppery brown colour and the flesh is creamy with a luscious savoury flavour. 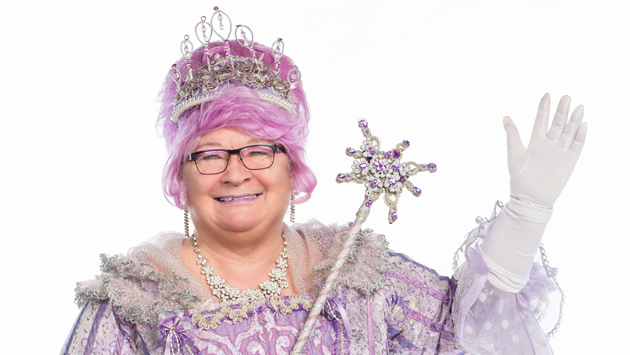 Two things made me think of sharing this particular recipe – one, we spotted the chef who devised it – Rosemary Shrager – dressed as the Fairy Godmother in our local theatre last week as she was mingling with the kids post-performance in her frilly pink costume and two, we were served this utterly delicious starter when we were in Wales last week. So, here goes: 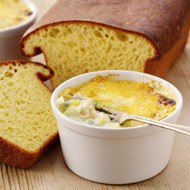 How to prepare
Preheat the oven to 200C/gas 6.
Put the fish fillets into the oven for 5 minutes, then remove from the oven and remove all the bones and the skin. Flake the fish.
Heat the butter in a pan and cook the diced leeks for a few minutes until softened.
Stir in the flour and cook gently for 30 seconds.
Add the milk stirring continuously until the sauce is thick. Continue cooking for a few minutes, then add the flaked fish and the parsley.
Preheat the grill to hot.
Spoon the mixture into individual ramekins. Put a tablespoon of cream on top of each, then the grated Gruyère. Grill for 1 minute until browned.
Serve with toasted brioche, Melba toast or chunky artisan bread.