I have one daughter who is lactose intolerant and I am conscious that too much dairy is not good for me. But what are the alternatives? Particularly in my daily, cannot-do-without, dairy-free cappuccinos. Grace and I both have Nespresso machines which would probably be one of our 3 items we would want to have on our desert island, but we both struggle with the milk alternatives.

So here is a summary of the alternatives for dairy-free cappuccinos:

Soy Milk: For vegans and the lactose intolerant, soy milk is still the standby. It’s also the non-dairy choice of baristas because it creates the best foam, with a consistency that is comparable to dairy milk. This means soy milk can be used to make any espresso drink. Soy milk is also complementary or at least forgiving to many types of coffee. The nutty, creamy flavour pairs well with coffee and can even enhance the flavour of some coffee varieties and blends.

Almond Milk: I love almond milk and often use it in a protein shake or on my breakfast granola. However in a cappuccino it is not so good. It is not quite as forgiving as soy milk. While soy’s nuttiness can complement coffee, almond milk may be too much for some coffees. But an almond milk latte can still be a good thing — just be sure to stop frothing your milk early, and don’t go beyond 130 degrees F (55 degrees C) to avoid burning it. Almond milk also curdles at certain temperatures, which looks terrible, but tastes the same.

Coconut Milk: I tried this for the first time at Prêt-à-Manger at Gatwick airport recently and I really liked it but coconut milks just don’t produce a thick enough foam to make a respectable cappuccino. Also you have got to like the taste of coconut.

Hemp Milk: Plain organic hemp milk contains no sugar, no cholesterol, and is free of soy and gluten. For many people, these factors make it an obvious choice for an abundant source of vital nutrients. Hemp seeds, hemp protein and hemp milk come from the Cannibus sativa plant. It’s the same plant that marijuana comes from, but when you eat hemp, you’re not getting the “drug” part of the plant, otherwise known as THC (tetrahydrocannabinol) so you won’t get high on your morning cappuccino! However it would be better in your morning tea as it is more watery than the other milk alternatives so it does not make a creamy cappuccino.

Rice Milk: With little to no fat or protein content, rice milk steams about as well as water i.e. don’t even try. Still, it has a subtle sweetness and virtually no aftertaste that makes it appealing. It can be a good stand in for dairy or soy as a simple, lighter alternative. It works equally well with espresso and standard brews, without the nutty flavor if you’re so opposed.

Goat’s Milk: This has an almost salty, grassy, and very tangy flavour that might appeal to extreme Greek yogurt addicts. It lacks the sweetness of cow’s milk however it blends best with coffees whose roasts are designed specifically for sugar browning.

And now for our favourite alternative for dairy-free cappuccinos:

Oatly Barista: this is by far the best, in my opinion, out of the Oatly range for a cappuccino. Barista is based on liquid oats which means it isn’t overly sweet or excessively heavy. It is also rich in unsaturated fat. Replacing saturated fats with unsaturated fats in your daily diet contributes to maintaining a recommended cholesterol level. The mild taste 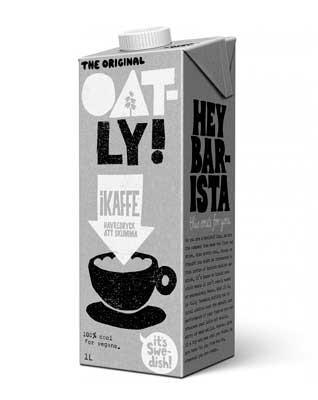 in no way overpowers the coffee and is very pleasant. I now treat myself to more than one coffee each day. Both Waitrose and Ocado are stocking this black/grey/white carton of Oatly Barista. 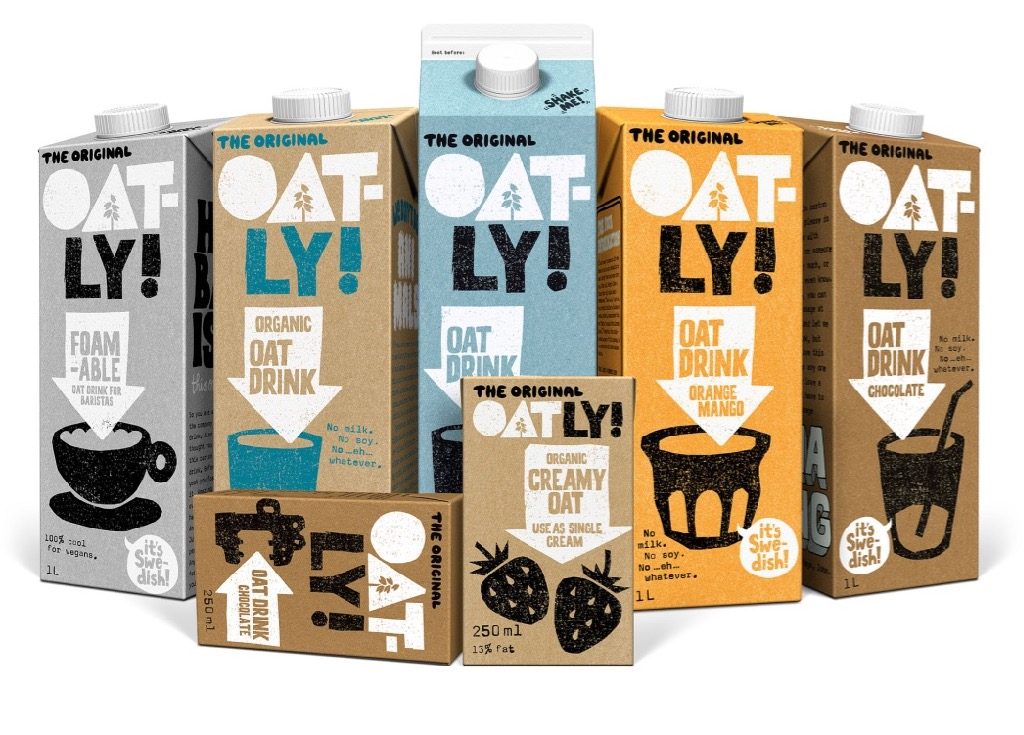