Annabel relives her past through her daughter's eyes.... - Annabel & Grace 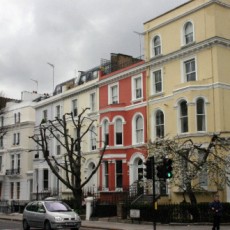 Ladbroke Grove with 3 of her friends. It was snowing and inevitably I had to go via John Lewis to “just pick up a couple of things, please Mum….” and then with the car weighted down with all her worldly possessions including Piglet and a picture of Justin Bieber, OH, Youngest Daughter and I made our way slowly through the sleet to North Notting Hill.

OD had been there for one night with 2 of her flatmates and needless to say there were the inevitable pizza boxes and empty bottles in the kitchen and the only one of them who works on a Saturday had overslept and had been late for work! It brought back so many memories……..

Ellie do you remember when you used to do a sandwich round and then when we had a party night on a Thursday you insisted on making everyone who had slept over get up at 7 am and help make the sandwiches. Eggy mayonnaise with a hangover is an experience that needs to be avoided. I remember your pet rabbit, who lived in the garden of your Fulham flat, had the time of his life as the ends of tomato and lettuce were just hurled out of the window.

Of course now they all have much more high powered jobs than we ever had, working in high finance, ship broking, asset management etc. Ellie ran a cafe and had a sandwich round, I worked in fashion and then the music and film industries, whilst Grace had her own copywriting agency but the one thing we all had in common is that we loved to party and nothing could stop us doing that. I don’t remember ever saying that I had to have an early night as I was working the next day, more like “oh well now it’s so late there’s no point going to bed” and at times I have known going to work in my party clothes! Both my daughters take after me, unfortunately, and when I called my daughter this afternoon she said she had had a lovely Sunday, going out for breakfast and a Bloody Mary, a wander down Portobello Market but she had gone to Poundland and bought 4 forks and 4 knives as this was clearly going to make a huge difference in their catering arrangements…..not a sign of a saucepan or spatula! Oh well your 20’s are meant to be the best time of your life as you don’t have responsibilities, exams, people relying on you so it is the time to have fun.

However apparently I am going to have to retrieve Piglet and Justin Bieber as she feels times have moved on and she needs to try to portray a more sophisticated taste though probably her trip to Birmingham on Saturday to see One Direction was not the starting point of this new era….though I think I remember just such an outing with Ellie to see the Spice Girls, in our day!! 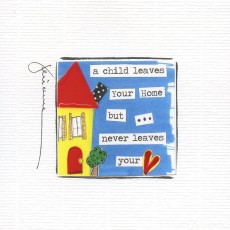 P.S. Just had a phone call to say their electricity has run out and the 2 girls were sitting in the darkness whilst the 2 boys were out traipsing the streets trying to find somewhere to top up their meter. They had failed to listen to the instructions given to them yesterday by the agent explaining that it would need topping up soon and also that there was an emergency blue button to press giving them £5 worth whilst they sorted themselves out. When I repeated it all OD said “Oh Mum we were very hungover and didn’t hear much yesterday.” I think this may be the case quite often in the future!!