Where's David Cameron We Are Wondering? Is He Hiding With Lobby And Wally?

I think we have all started to blame David Cameron with the Brexit turmoil that we are now in. The former prime minister’s decision to call a referendum on EU membership, and then immediately step down in the wake of the result, after repeated assurances during the campaign he would not, made him one of the UK’s most divisive politicians of recent times. Personally I liked him as a prime minister, I always felt he was trustworthy, a family man with a solid moral background. He has a beautiful wife and family and has suffered more than his fair share of personal anguish with the loss of their son, Ivan, which they had to endure whilst in the public eye. He came from a privileged background and enjoyed an Eton and Oxford education however we cannot blame him for that but it did not endear him with the working man.

Then came his rash decision to hold a referendum to decide the future of the United Kingdom. Was it arrogance or shortsightedness that made him believe that the country would vote ‘Remain’? Whatever it was he lost the vote and then packed his bags and left his government to sort out the mess. Nothing like leaving a sinking ship though at the time over 50% of the country felt Brexit was the right choice so they obviously also believed, on 24th June 2016, that the future was going to be golden. I think they may be changing their mind now as we face a harsh No Deal Brexit. 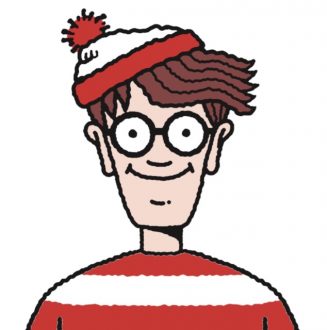 Anyway I am not going to debate all of that but to ask has anyone seen him? Do you remember the ‘Where’s Wally’ picture books? Maybe David Cameron is out there wearing a striped T-shirt and a pom-pom beanie, trying to avoid the public and we could start a series of picturebooks called ‘Where’s the Wally?’

Then again we could run a competition on the lines of the one run by the Westminster Gazette in 1927 asking for their readers to track down Lobby Lud, a name created out of the newspaper’s telegraphic address: Lobby, Ludgate. His real identity was William Chinn, one of their reporters. This was run in an attempt to increase circulation, the paper announced that Lobby Lud would be wandering in a particular location and published his photograph and description. Readers would rush off to try and find him. The reader had to be clutching a copy of the newspaper and challenge him with the words “You are Mister Lobby Lud. I claim the Westminster Gazette prize”. The successful sleuth would receive prizes that varied between £10 and £50. If Lobby Lud was not found on a particular day, then the prize would accumulate to a maximum amount. Not exactly a modern day Lottery roll-over but still fun.

I would like to run a ‘Where’s Dave?’ or a ‘Davey Dud’ campaign. It would be fun if people could tweet a picture of David Cameron if they see him as his life certainly does not make the newspaper headlines anymore. Apparently he is writing his memoirs in a £25,000, especially bought for the job, garden shed, a long way from his previous gilded office in no. 10 Downing Street.

So here are some suggestions on places you could possibly find Dave: 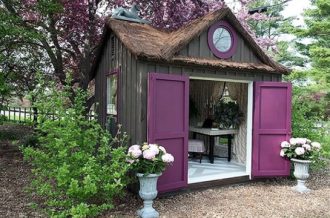 Has a smart new garden shed popped up near you? 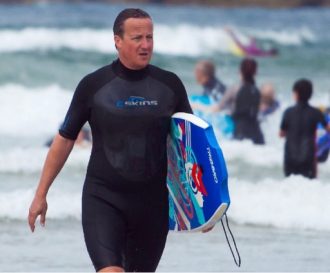 Scan the north coast of Cornwall for a slightly chubby man in a wet suit clutching a surf board. More Surf Dud than Surf Dude!

Finally he is a bit of a Festival lover so he may be crowd-surfing but I think he would be easy to spot in a dark polo shirt, and probably sober!

Interestingly, at the beginning of last week, July 23-24, YouGov asked the nation which, if any, of the four still-living former prime ministers – John Major, Tony Blair, Gordon Brown and David Cameron – would they prefer to be in charge?

The results reveal that Britons would prefer David Cameron over Theresa May, with 28 per cent plumping for the former and 22 per cent the latter in a head-to-head. Nevertheless, 41 per cent of Brits answered “neither” and a further 9 per cent “don’t know”.

I am sure I know what David and Samantha would both reply to, ‘Who would you prefer to be in charge, May or Cameron?’. As he departed Downing Street he said, “I was the future once.”