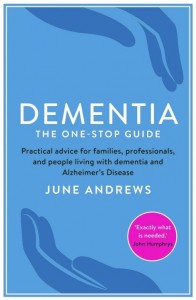 I was sent this book, Dementia The One-Stop Guide by June Andrews because I have an elderly mother with Alzheimer’s who is in a care home. As I write regularly on this website about my current life caring for her the publishers, Profile Books, sent a copy to me. June Andrews’ own mother suffered from dementia.

I visit my mother three times a week and I rarely see any of the other residents receiving visitors. I thought that it would help me being surrounded by other people who are in the same position and the one conversation I have had with another daughter of a dementia sufferer was extremely beneficial. At the time I was stressed out about Christmas – trying to juggle my own immediate family commitments and wanting my mother to have a happy Christmas. This lady put it very simply to me, “Don’t beat yourself up as everyday in December is Christmas so just pick one day and make that your mother’s Christmas day.” We did just that and it was a huge success. It just took that one line to reassure me that I was doing the right thing. Reassurance is something that you get very little of when you are caring for someone with dementia, possibly because so little is known about this affliction and yet it costs this country £26.3bn a year which is enough to pay the energy bill of every household in the country!

I was thrilled to receive this book particularly as this is Dementia Awareness Week, DAW2015. Much of what was written was reassurance that I was on the 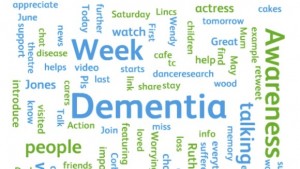 right track and doing the best for my mother and there is also so much information that helped me with things I didn’t know. Every patient is different, has different needs and different symptoms of the disease. We are lucky as my mother is very mellow and has not exhibited any of the aggressive characteristics, however she has other problems. She doesn’t want to do anything, doesn’t like the social side of the home, doesn’t watch television and most of the time she just sits. However as the book points out, she is happy and that is what she is comfortable with. It may not suit us as we want her to enjoy everything on offer. She used to love gardening but when I suggested she join the group going out to do some gardening she said she had never liked gardening!

I think the most depressing part of dementia is the lack of dignity and it is the last paragraph on chapter 14 that really resonated. The author, June Andrews, writes, “And what about the end? I want to die with dignity if I can. I don’t want to make a fuss or cause trouble. Please don’t haul me about and drag me into and out of baths and talk about me as if I’m not there. Don’t make me go to hospital right at the end if you can keep me comfortable in the home. But before all that happens, can we just try to have a little fun and laughter? I will if you will.”

That is exactly how I think my mother would feel if she could express herself. It is her 89th birthday on Tuesday and we have already started to celebrate. My 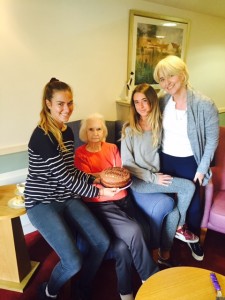 daughters visited this week with a cake they had baked for her. My mother told us she did not feel 89 yrs and, when asked, she said she felt about 50 years old. I know how she feels as I am always shocked when I say my age as I feel at least 20 years younger! However she went on to say that when she looks in the mirror it scares her as she doesn’t recognise the person. I laughed and said I often see myself in a mirror and wonder who it is! However I went home and happened to read the part in this book about mirrors, explaining that if you have forgotten the last twenty years of your life and you see an 80 year old version of yourself in the mirror, you will be inclined to think that it is not you. Some patients may go even further and think it is a stranger looking through a window and have even been known to get quite frightened by it. With these patients all reflective surfaces need to be covered. I will be more understanding of my mother’s fear of mirrors now having read that chapter. 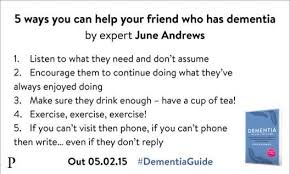 This book is full of so many facts as well as sentiments, explaining assistive technology and services that will aid you and the patient to live a more peaceful life. Finding the right care home is a brilliant chapter and it emphasises the point that you are finding the care home that will suit your relative best and not you! My mother’s care home is perfect for her as it is modern, very comfortable and the staff are extremely competent and kind; geographically it is hell for me as it is one hour away but I would rather spend two hours in a car, each time I visit, than have her close by and worry all the time that she is not getting good care.

In the introduction Professor Andrews states that this book teaches you how to cope with the dementia journey the best way you can and it has certainly helped me enormously and should be handed out by all GP’s when someone is diagnosed with dementia. I am sure I am going to continue to use it as a reference book at each stage of the journey – it is already very well thumbed.

Information about the author: Professor June Andrews RMN, RGN, FRCN is an inspirational woman whose impact on healthcare in the UK, and further 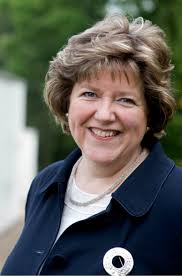 She is a refreshing force of nature – smart, politically astute, amusing and possessed of a razor-sharp intellect. A Scot, she trained as a nurse in Nottingham, England before taking up a series of posts that moved from practice to policy-making and strategic management and influencing.

As Director of the University of Stirling’s Dementia Services Development Centre, Professor Andrews makes ambitious things happen all the time: she recently conceived of a new online design guide for care homes and hospitals, ensuring wall-to-wall media coverage and heightened public and professional awareness of the practical things you can do to make life better for people with dementia.
Working to make change internationally
Not content with revolutionising dementia care in the UK, Professor Andrews is simultaneously working to make change internationally. She has worked in many countries including the Netherlands, Germany, Belgium, Switzerland, Ireland, Canada, New Zealand, Australia, the USA, Saudi Arabia and Hong Kong; she has been an adviser to the Canadian Knowledge Translation Network, and judged awards for the European Foundations in Dementia and the NHS/Design Council. In 2011 she gained recognition for her international work through the Robert Tiffany Award, and was presented in Philadelphia with the first-ever Founders’ Award of the British American Project, of which she is a Fellow and advisory Board member.
June supports other health and social care teams as a coach and mentor, and has led successful teams for three decades. Because of her considerable achievements as a nurse leader, she received the Chief Nursing Officers’ Lifetime Achievement Award in 2012.
Fellow of the Royal College of Nursing
In 2014 she was made a Fellow of the Royal College of Nursing of the United Kingdom, the highest honour that the RCN can bestow. In 2013 she was listed in the Health Services Journal as one of the fifty most inspirational women in health care and separately as one of the 100 most influential clinicians in England. 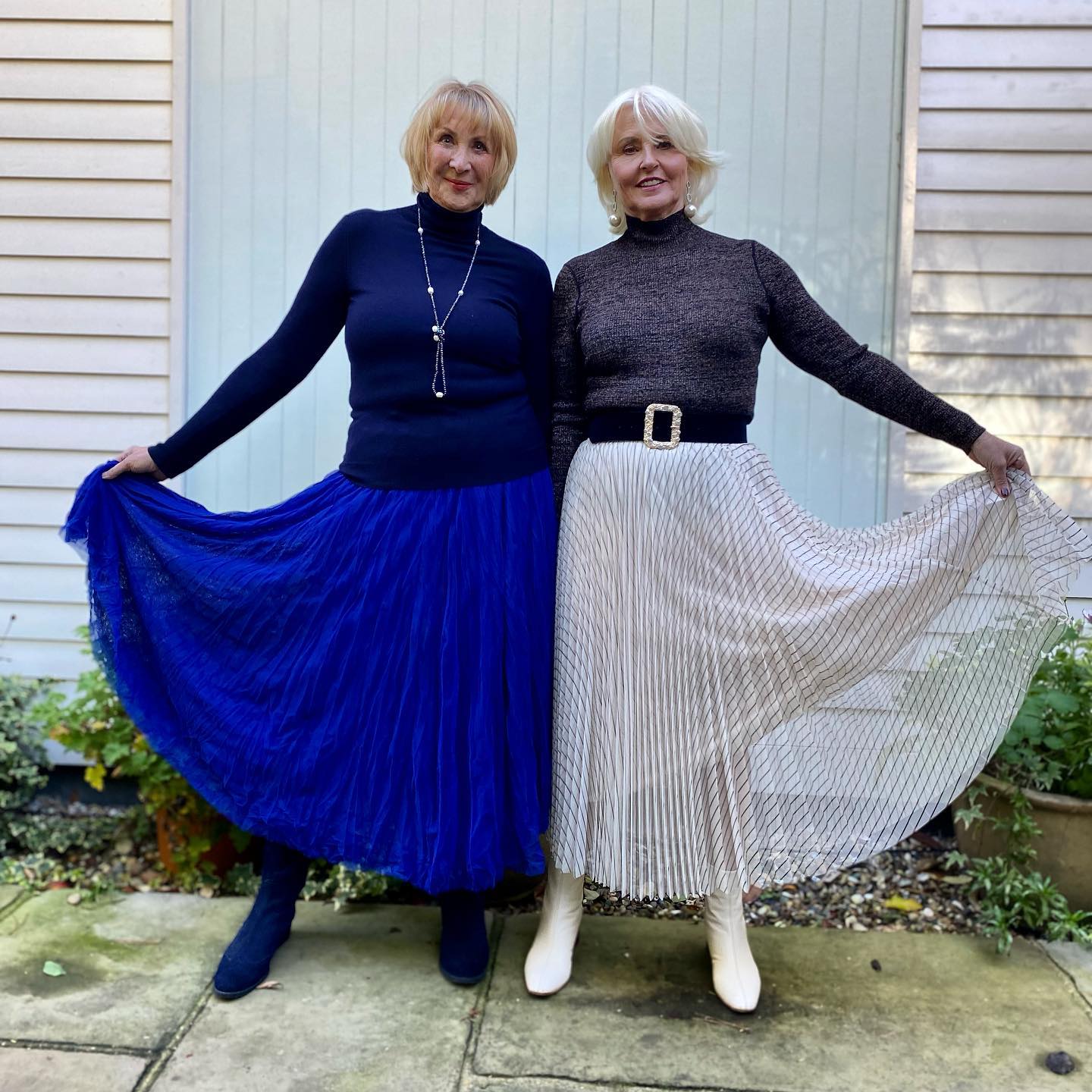 annabelandgracecw
•
Follow
It’s party season…..and one of these skirts from @hopefashionuk is all it takes to get one in the mood. A little sparkle ✨will give your party wardrobe a kickstart. . #partywear #sparkle #partyskirts #annabelandgracemagazine #annabelandgrace #onlinemagazineforwomen #christmasmood
View on Instagram |
1/9 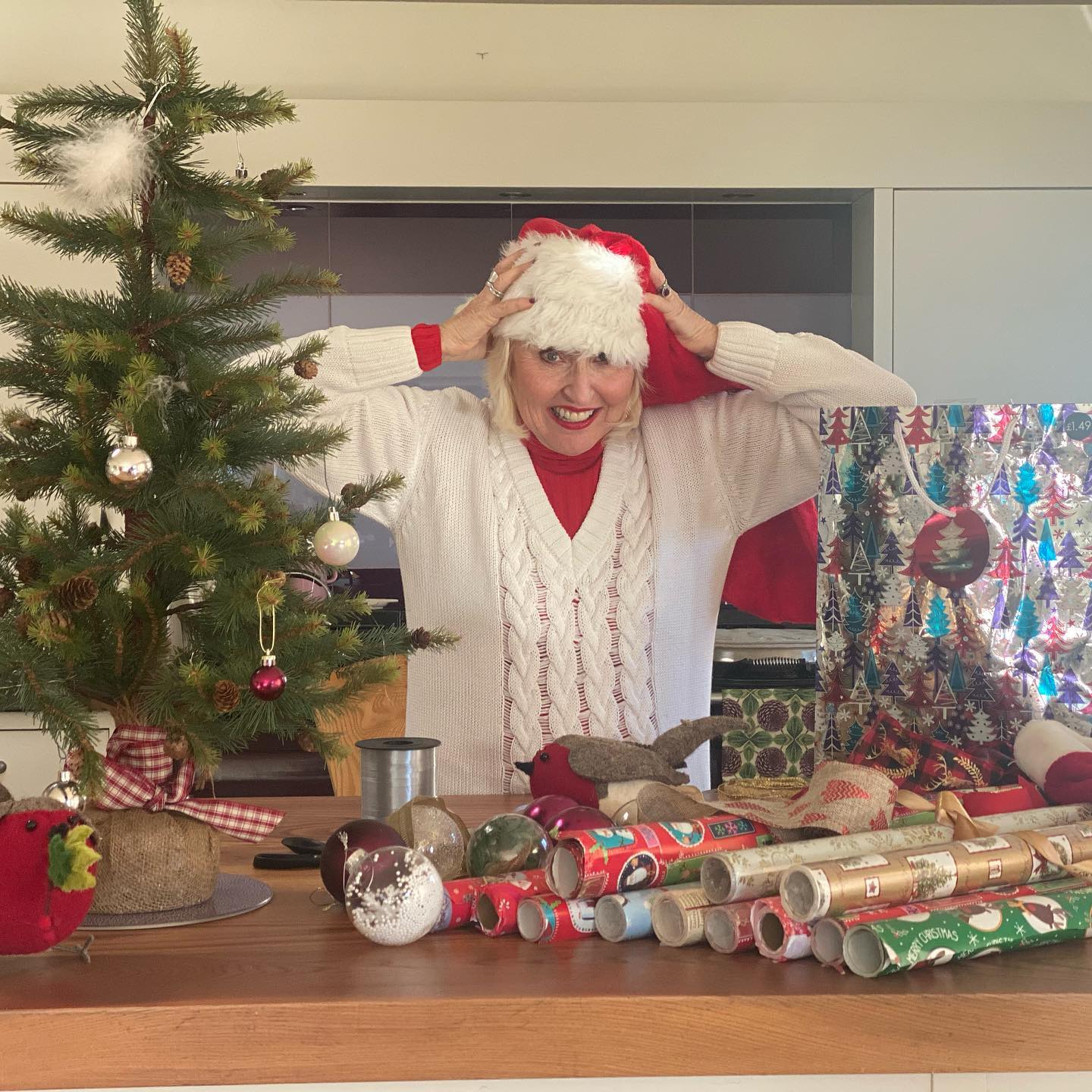 annabelandgracecw
•
Follow
In our Stories section on our website (link in bio) Annabel shares why she is feeling a little overwhelmed by Christmas this year. Having had a year off she saw what the alternative is! But it is 1st December today and there’s an unspoken law saying we must now feel festive. Christmas hats with flashing lights are acceptable attire together with jumpers that scream festive fun!! And a meltdown of the credit card….aargh. No doubt by 25th we will all be in the mood if a little fatter and poorer!! . #christmas #festivespirit #spiritofchristmas #annabelandgracemagazine #annabelandgrace
View on Instagram |
2/9 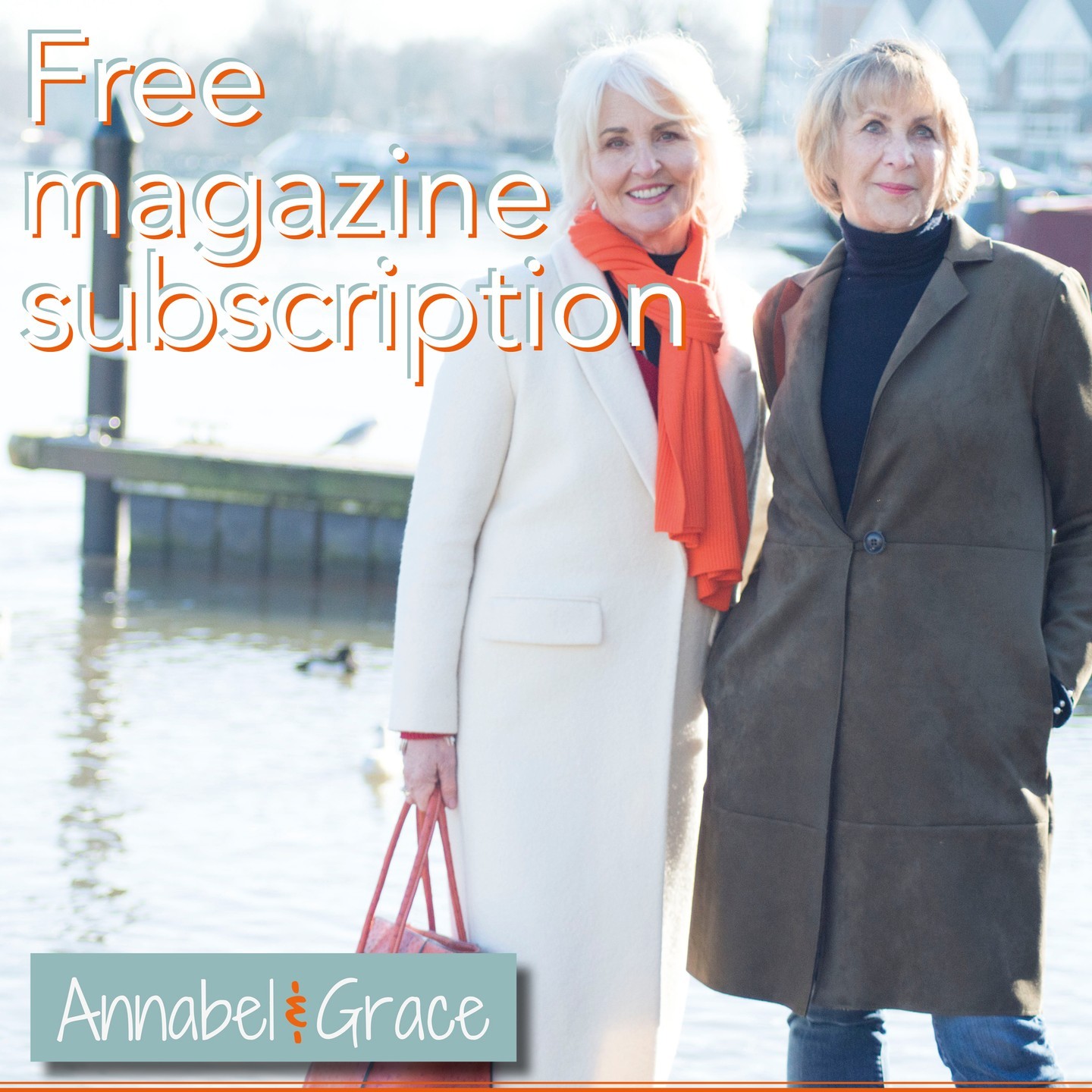 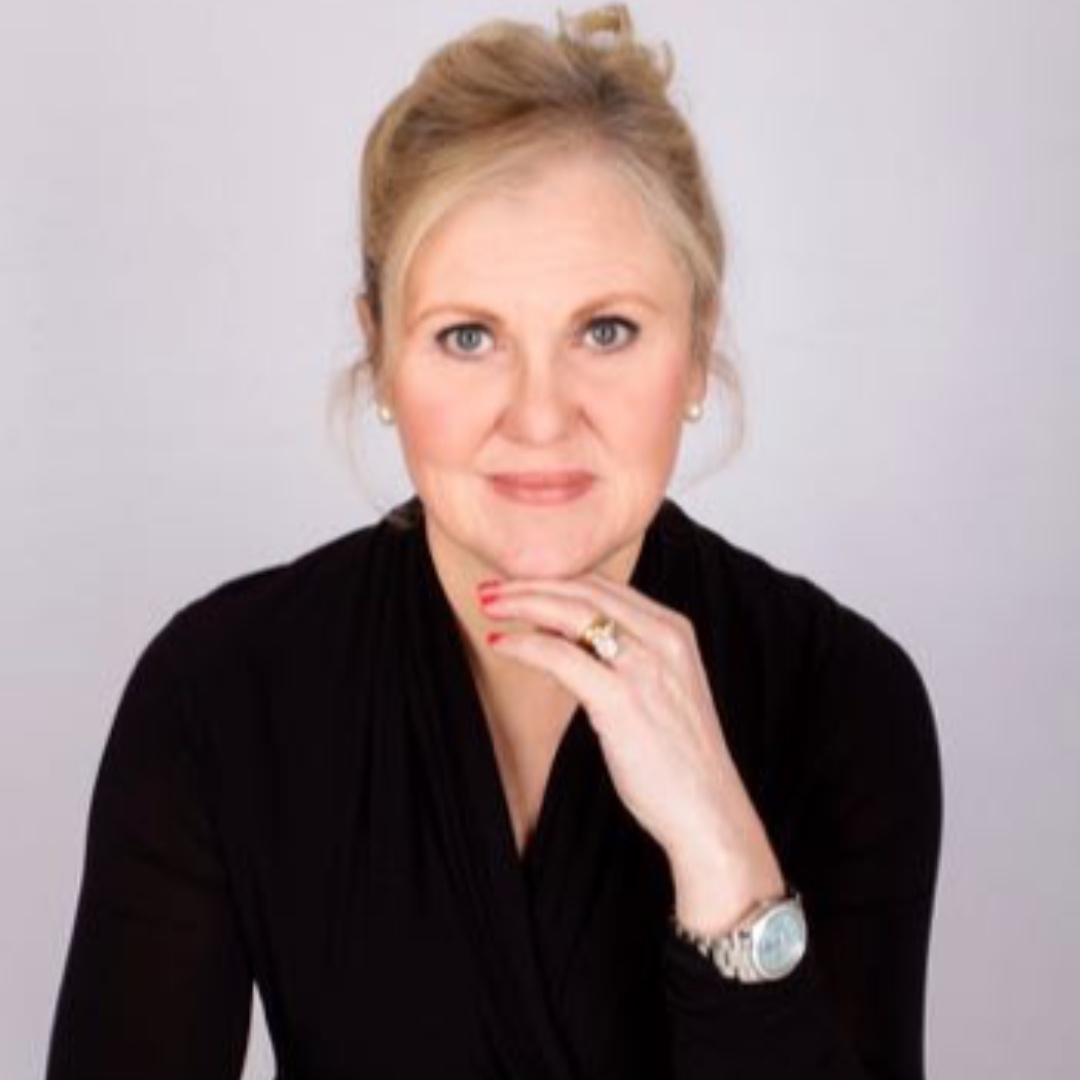 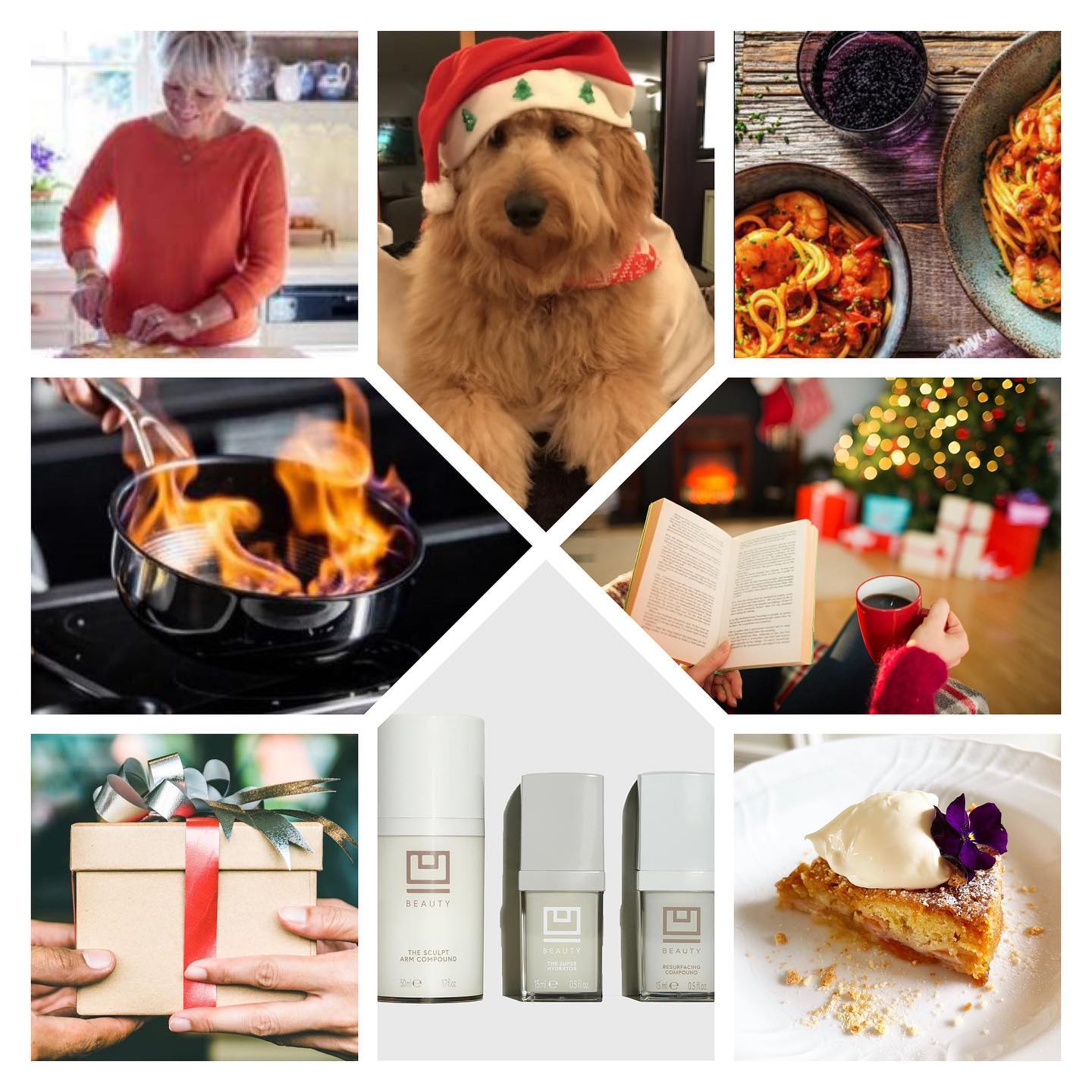 annabelandgracecw
•
Follow
The new edition of the Annabel & Grace online magazine is out now. New recipes, two special offers for kitchen pans from @circulon or a skincare set from @ubeauty, a recording of a conversation with @janelovettcookery with lots of her tips for getting ahead with your cooking, another edition of some Christmas gifts, book reviews of some Christmas books, and Annabel reveals her feelings of Christmas panic. Pop to our website for a browse of these and many more upbeat, informative articles. Link in bio. . #newsletter #onlinemagazine #onlinemagazineforwomen #annabelandgracemagazine #annabelandgrace #womensupportingwomen #christmasgifts #giftideas #newrecipes #skincare #homewares #kitchenware #discountoffers
View on Instagram |
5/9 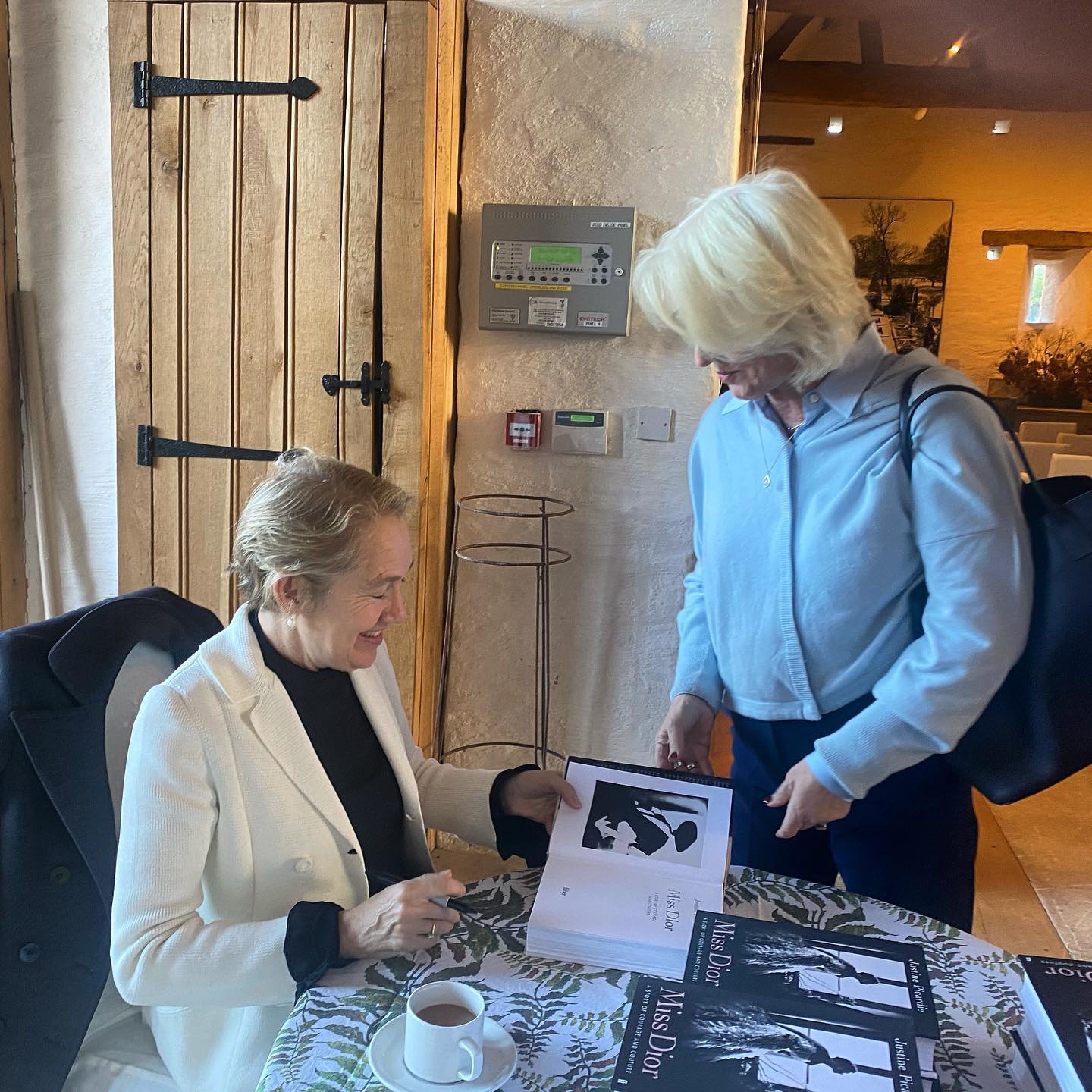 annabelandgracecw
•
Follow
A wonderful morning spent at the most beautiful hotel, @thyme.england listening to @justinepicardie talk about her latest masterpiece, Miss Dior. A remarkable story about a forgotten woman written by an inspirational woman. #sisterhood A fabulous present for anyone who is interested in fashion, social history, WWII, and to be honest anyone interested in hearing the story of a remarkably brave woman. . #missdior #christiandior #justinepicardie #giftideas #christmasgifts #annabelandgrace #annabelandgracemagazine #onlinemagazineforwomen #womensupportingwomen
View on Instagram |
6/9 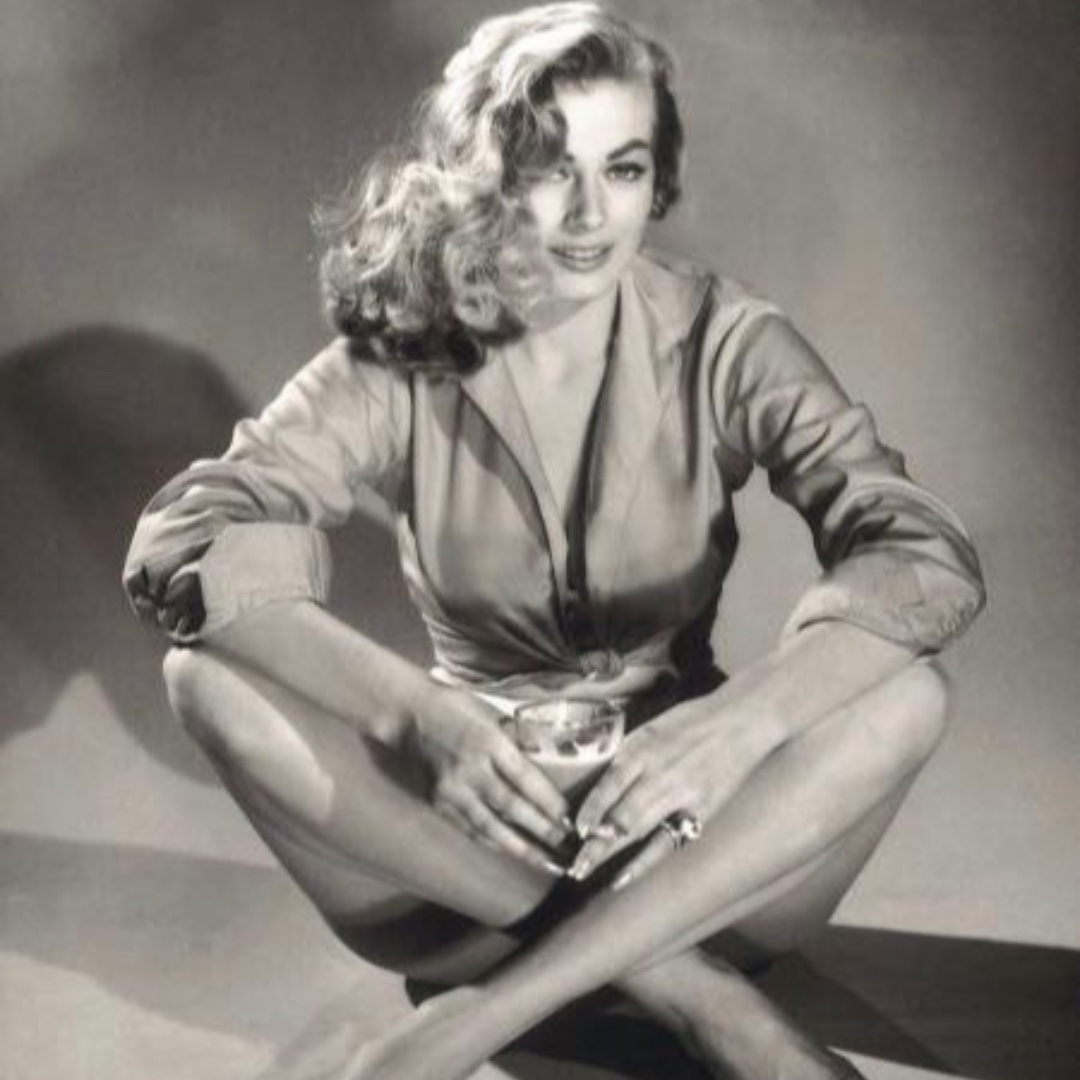 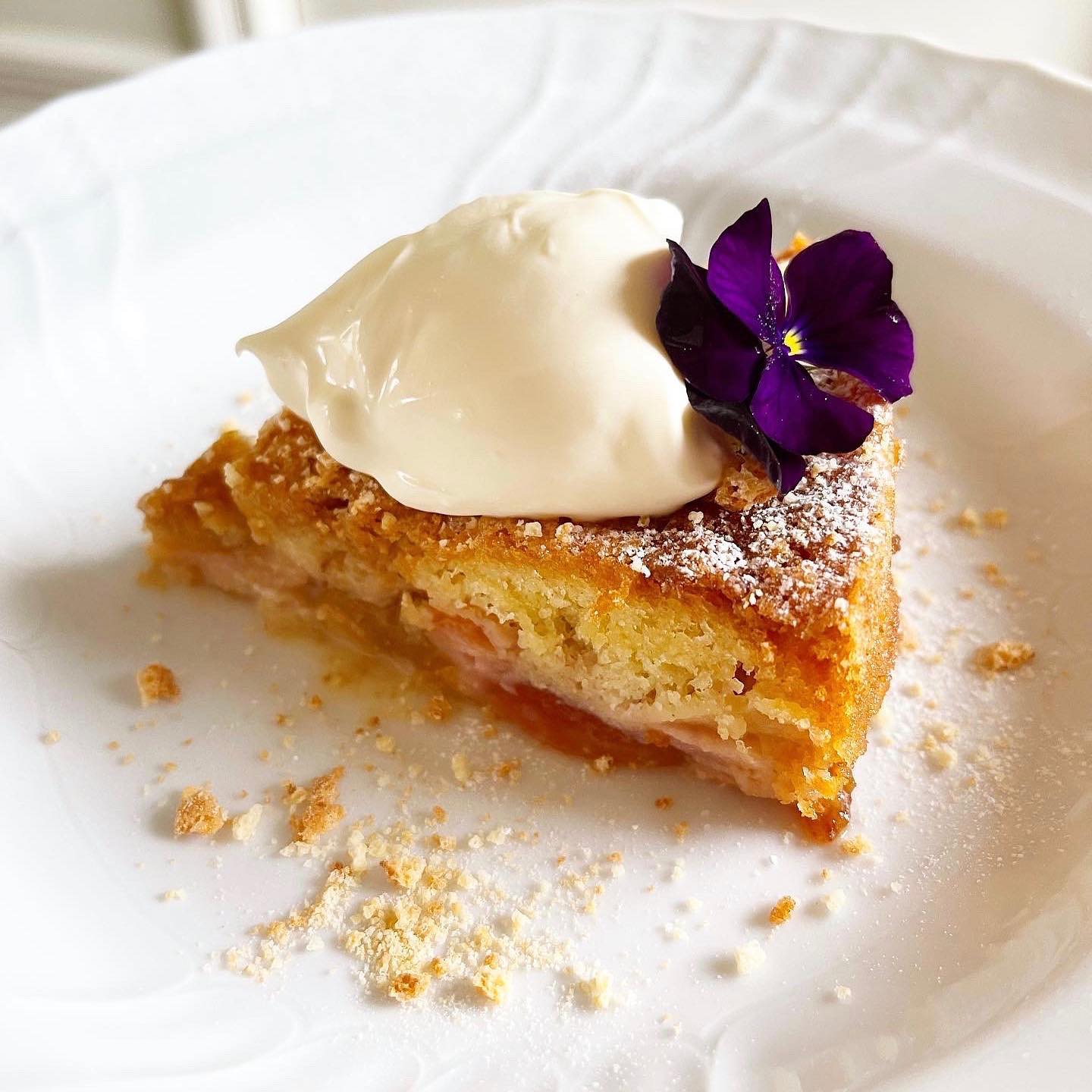 annabelandgracecw
•
Follow
If you are wondering why we have popped up a pic of a slice of cake it is because this weekend we are publishing the recipe for this Raspberry & White Chocolate Cake by @janelovettcookery Grace has made it so many times and all of her guests have said it is incredible plus Grace says it is so easy to make. This evening at 6pm Annabel will be chatting to Jane Lovett on IG Live - Jane will be sharing some of her ‘Get Ahead’ tips which will be so useful as we enter the month of entertaining. Do join the conversation at 6pm. . #cakerecipe #janelovettcookery #iglive #cooking #cookingtips #getaheadcooking #cookerydemo
View on Instagram |
8/9 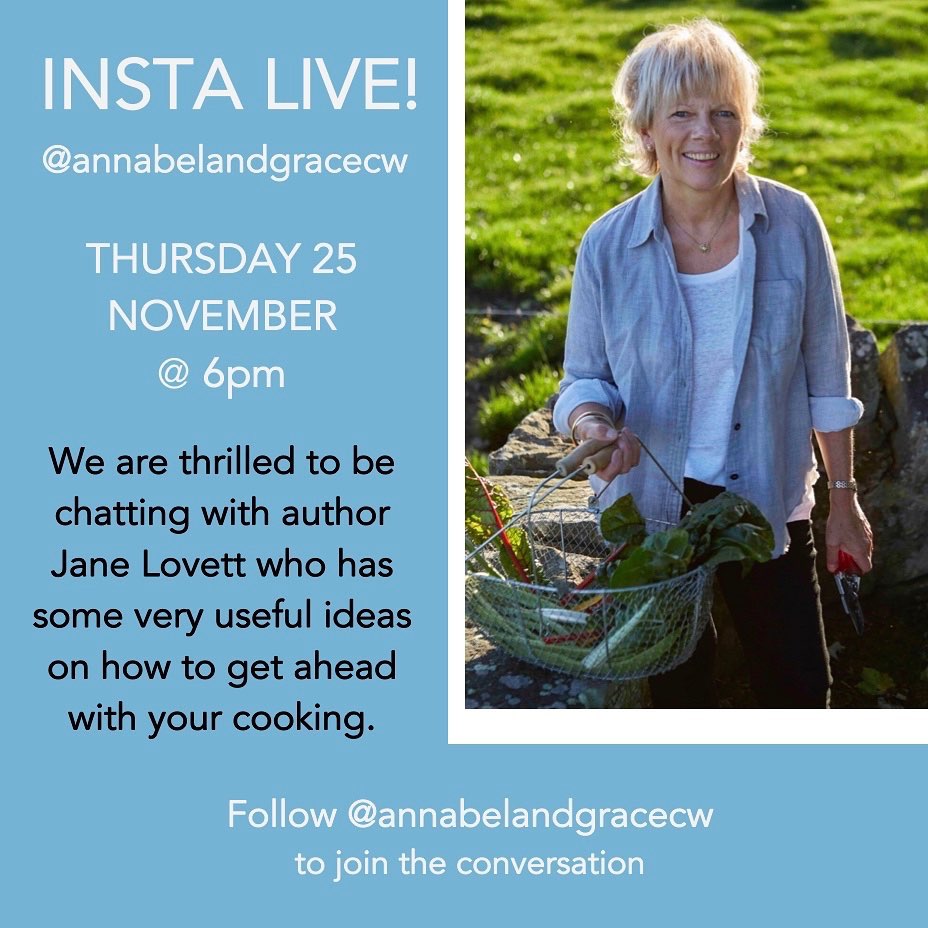