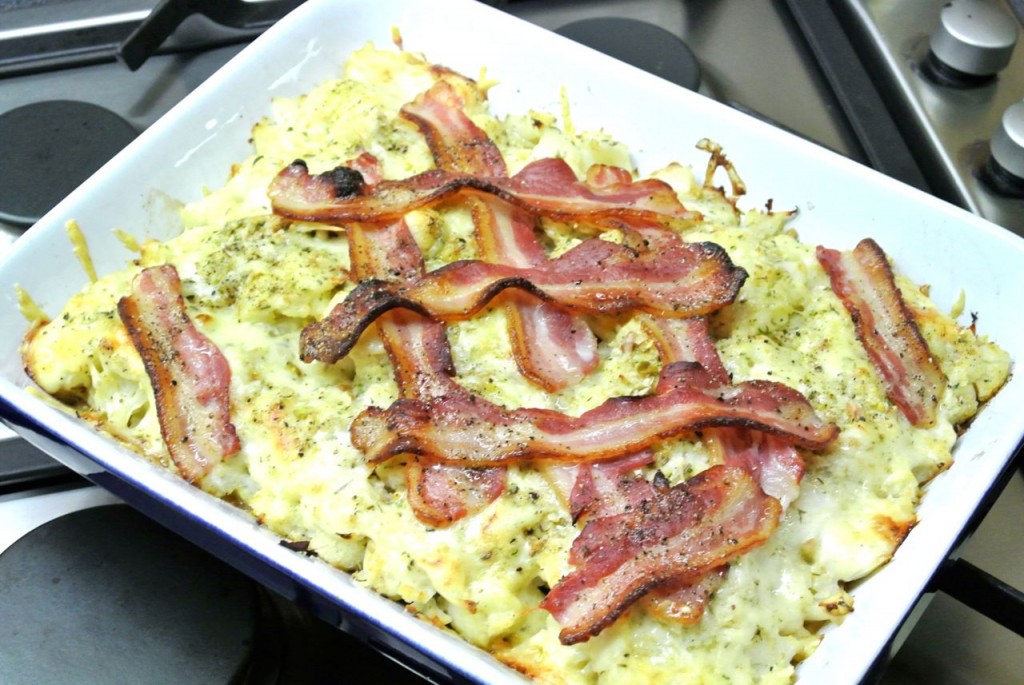 You know how it is when you have bits and pieces left in the fridge that you want to use up. Well I did yesterday and I attempted a Nigel Slater leftovers style dish – and it worked! BTW it tasted much better than my pathetic photography makes it look. Also I reheated leftovers for lunch today and it was still delish.

Pot of cheese sauce from supermarket

Handful of breadcrumbs (I used Jamie Oliver pre-made ones)

Cut the cauliflower into florets and steam until tender (about 10 mins).

In a frying pan, cook the leeks in a little olive oil until tender.

Put the cauliflower and leeks into a baking dish.

Add the chorizo to the frying pan (no oil required) and cook until orange coloured oil is released and chorizo has tinged brown.

Add chorizo and orange oil to baking dish and pour over cheese sauce.

Sprinkle with breadcrumbs and parmesan and top with the bacon.

Cook at 180 degrees for 20 mins or until the bacon is cooked and as crisp as you like it.