So, it’s been a while since I have written and my last blog post was very downbeat. I’m now fully recovered – I kept a very low profile and deliberately didn’t do very much during February to get my strength back. Now I’m fighting fit and back out there! Much love and thanks to the Countrywives who took me to lunch and lifted spirits all round!

Towards the end of February I did go to a singles evening. The venue was luxurious, beautifully lit by candles (so flattering!) and great music BUT my over-riding first thought was “Old”!!! Not me for once, but the menfolk! Their average age was easily 65 while the women were mostly in their early 50s. It kind of dented my enthusiasm a bit and, regrettably, I spent most of the evening talking to the women! I should have given the men more of a chance I guess but I really did enjoy the evening and have already been sent an invite to the next one which hopefully I will arrive at more open minded.

However I was then contacted by the organiser to see if I remembered talking to a particular chappie. I did (only because I didn’t talk to that many). Apparently he was trying to track me down. Anyhow, last night we chatted on the phone for an hour and in a couple of days we are meeting for coffee and a dog walk. 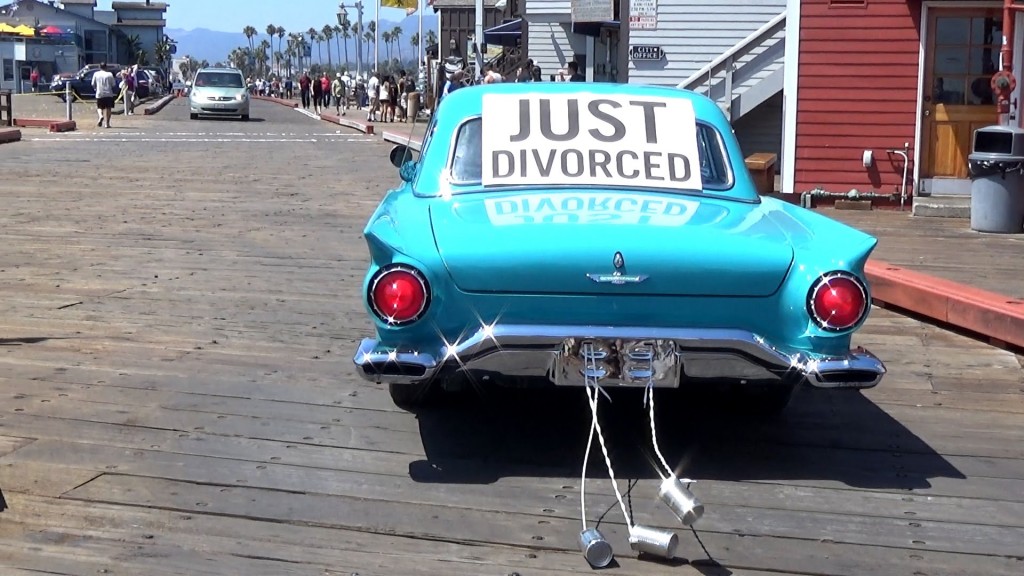 Big news is that, finally TAH DA, I am divorced – free! a single woman! However I didn’t initially rejoice or punch the air in glee. I had to go to parents evening with EH and play happy parents in front of our younger son. We managed really well until the end of evening as we stepped outside; with big fat blobby tears already bubbling I said “I guess you know the divorce was finalised today?” He replied “Yes I know” and walked away! What an ar*e! Needless to say I wandered home, couldn’t face supper and, after two large glasses of red, went to bed. I probably cried for 24 hours straight. I did go into work but I was discreetly hidden in a corner and fed tea, biscuits and sympathy all morning.

Then I had guests to stay – my dear friend who I went travelling with popped in for the night enroute to a weekend away with her new man in tow. They came armed with champagne and cake and her first words were “We’re celebrating aren’t we?” Her new man is totally delish: they met on a dating site six weeks ago and seem so well suited. I am very happy for them – even offering to show him my hat collection should there be an imminent wedding – which he took in good spirit!

The following day I was down again. EH, Fluff and both boys went on a “family day out.” I was very morose – feeling lonely and sorry for myself. Another girlfriend came to stay and after cinema and dinner my spirits were lifted again. Although she also asked if she could invite her new chap along for drinks afterwards and stay over – I didn’t mind really, but I felt a bit like an hotel! All these people snuggling upstairs while I am downstairs with my dog and teddy bear! Also I was a bit cheesed off as this couple had also met online. They had both been on the same site (funnily enough) for a sum total of two weeks and this was the first person either of them had met. I told them they had just been incredibly lucky and they started lecturing me on how to do internet dating – I was not impressed. As someone who has dipped into internet dating A LOT over the last two and a half years and been on a fair few dates, I have met A LOT of frogs. And here were these two “experts” telling me I was doing it wrong? Anyway I have joined up again to see if, this time, I can do better. As usual my expectations are zero!!!