Divorce From The EU: Who Gets The Avocadoes And The Lemons? 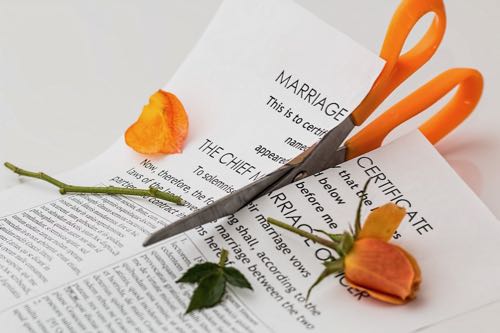 We are now getting to hear what Brexit will actually mean when we get our ‘decree absolute’ in this divorce on 29 March 2019. At the moment we are still in mediation but it is not going well. It is rare that any divorce is completely amicable and this time we are divorcing 27 partners. The UK and EU have provisionally agreed on the three ‘divorce’ issues of how much the UK owes the EU, what happens to the Northern Ireland border and what happens to UK citizens living elsewhere in the EU and EU citizens living in the UK. Talks are now focusing on the detail of those issues – there is yet to be agreement on how to avoid having a physical Northern Ireland border – and on future relations. So as with all divorces it comes down to money and children.

Theresa May recently spent some quality time with President Macron (soon to be her ‘ex’) in the South of France at Fort Brégançon. He looked very cool while she looked as if she was suffering from the heat. However when the French President’s 60+ year old, real wife looks as good as Brigitte Macron does, I think it is best to stay covered up and declare that you are preserving your English rose skin even if you are sweating like a proverbial pig underneath. After 29 March 2019 Theresa may need a visa to visit her ex, Emmanuel, in France or there again she may not be invited as he may have found new partners i.e. by then be cosying up to Angela in Germany.

I have read endless articles and listened to a never-ending stream of so-called Brexit experts on the TV and quite frankly it is a bit like Googling the question Is coffee good or bad for you? You can find the answer that you want to hear if you look hard enough. On that latter point apparently 5 cups a day is good for our heart, and wine has been declared a preventative of the onset of dementia. That’s great news however with Brexit we won’t be able to get coffee or wine after 29 March 2019. Maybe a loss of memory will help us with this divorce so that we cannot remember what it was like before. I mean avocados, bananas, goji berries (but you can stock up on the latter as they are dried) will become forbidden fruits so some say. It puts the fear of God into me as how can we survive without avocados? Was there a time before avocados? There must have been and we survived which is simply amazing as they seem to be the cure of all ills. Mash them and stick them on your face and your wrinkles will disappear. Eat them daily and you will remain thin however the latter only works if you don’t scoff 3 Magnums as well every day, to combat the heat, as I do.

We are all going to have to go back to growing our own vegetables and fruit as they will be so expensive in the shops. Not sure why exactly as, again, some experts say they will be costlier as growers will have a captive market. Others say they won’t be expensive and anyway it is good for us to eat seasonally. Does that mean I will need to eat Brussel sprouts more than just on Christmas day? Can you imagine all that cabbage, cauliflower and Brussel sprout consumption? It will make the UK explode or implode depending on how you look at. Those who wanted Scottish independence may well achieve this, as with all this gaseous vegetable consumption…..I will leave it to your imagination.

Consider strawberries and raspberries being only available in June and July. I am quite happy with that as let’s face it English strawberries and raspberries are so much better than their foreign cousins. Will we be allowed to call everyone not British a Johnny foreigner? I doubt it as it won’t be considered PC. Anyway I will await instruction on that one. In the meantime we will be so much more appreciative of strawberries and raspberries during those two months. Pick your own will become the norm. Who else is going to pick them? Everyone from the EU won’t want to darken our shores and help us pick our own fruit, as they have done for some years now, because the £ will be so devalued there will be little incentive for them to come to visit us. I heard that this summer farmers had difficulties employing enough pickers since they are mostly Eastern European and they have gone home. What happened to the British picking their own? When I was young we never bought a berry from a supermarket as we grew them and if we could not do that we went to pick your own farms. Nowadays children are having too much fun on their iPads so they don’t want to go outside to pick fresh fruit. They do not know what they are missing – those berry-stained, thorn punctured fingers and more fruit eaten while picking than taken home. Great memories and soon to return as a national pastime.

I think I am just going to wait to hear what is the reality from all this speculation as there is nothing we can do about it. We are not party to the divorce settlement and others are going to act in our best interests. Well if you believe that you will believe anything! Meanwhile I am going to squeeze myself a fresh Italian lemon juice with added Brazilian sugar, take some crushed ice from my German freezer, relax in my English garden on a Chinese manufactured outdoor sofa! So let’s all enjoy this worldliness while we can!