I have to confess I am in love. With my husband (most of the time) and with our dogs (all the time). I haven’t always liked dogs…never had one when I was a young child (which was a pity) but when I was a tweenager we did adopt a stray and named him Biscuit; it took weeks and weeks for him to learn to trust us (we could only guess at what life he had endured before he came to live with us) but he finally relaxed – only to be run over by a car on Christmas Eve, which broke our hearts.

So, not keen to repeat the anguish, we didn’t have a pooch in the house for many years. Until my boyfriend arrived to live with me clutching a bulging suitcase and a bad tempered Jack Russell called Harry. Our friends would ask what his redeeming features were (the dog’s, not the boyfriend) as Harry got stuck in to biting their ankles. But, Harry was a pussycat when he wasn’t guarding us – shame none of our friends got to see the real him. Gradually he became so ill that it was kinder to put him down. But neither boyfriend -turned-husband nor I could face that final curtain and so we had to ask my brother-in-law to take him on his last trip to the vets. After he popped his paws, our hearts were broken again and while grieving, we took to knocking back cocktails and smoking cigarettes for a time.

A decade after that, when our son was nine, we decided to get him a Jack Russell puppy. Which he aptly named ‘Jack’ and who turned out to be the most fantastic dog – intelligent, gentle, agile, handsome – that pooch had it all. 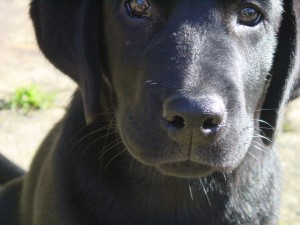 Then Husband decided he needed some unconditional love of his own and so our household expanded by one very chilled black Labrador.

What’s not to like? Dogs welcome you home as if they haven’t seen you for months. They are loyal, great company, a best friend, burglar alarm. They lower your blood pressure and cholesterol. They raise your serotonin and dopamine levels, which in turn heighten your mood. With a dog you are never lonely or unloved. They are non judgemental, don’t argue or bark about us behind our backs. Some of them are clever enough to be guide dogs, rescue dogs, sheep dogs, sniffer dogs, tracker dogs, sled dogs, and K9 police dogs. 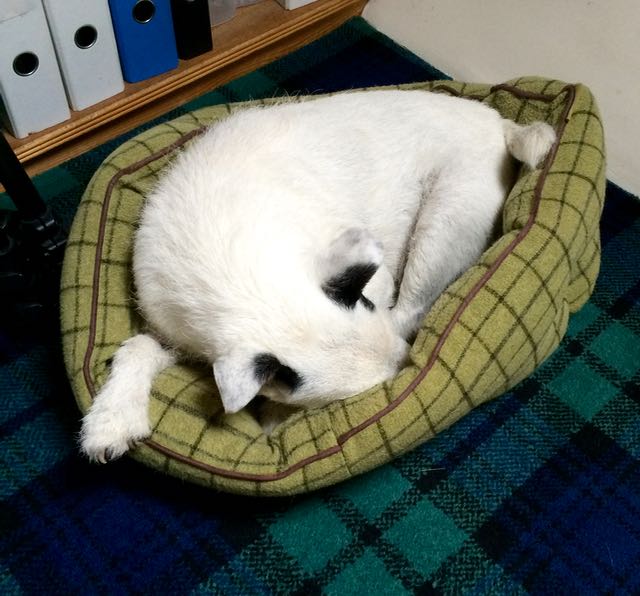 They in turn, ask for very little – just a handful or two of biscuits every day, a mutually beneficial walk, a comfortable basket, and the odd tickle of their upturned tummy. Oh and they hoover up any food you happen to carelessly leave unattended in the kitchen.

Nowadays, over a dog decade later, there’s nothing quite like coming downstairs in the early morning to the ripe smell of old dog. Of course we still love them even though they have started trying (rather successfully) to imitate a runny Brie or Stinking Bishop. 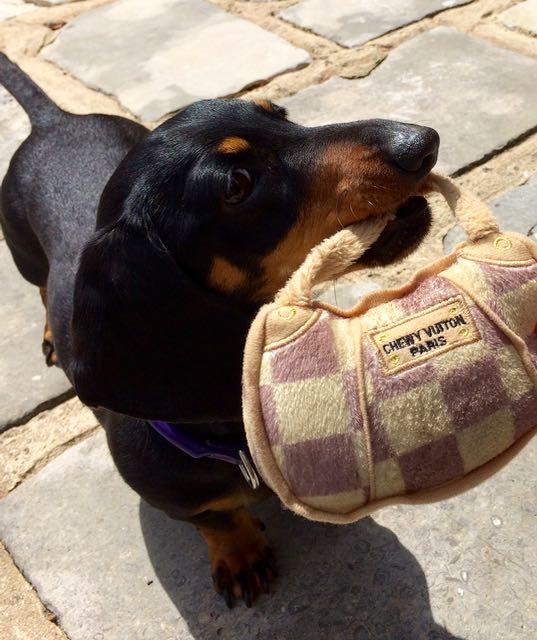 Unlike Marvellous-Mother-In-Law’s tiny dachshund who is full of life (and interested in fashion!), my two elder statesmen spend an inordinate amount of time lying around snoozing, wheezing and farting. Once, the mere possibility that I was about to mention the magic word ‘walkies’, threw them both into a frenzy of expectation. Now, they give me a sideways glance as if to say “Well if you must, but keep it short.”

To be fair, I may, for a nanosecond, squirm when I have to pay ever increasing vet bills, or vacuum up the fur they shed (everywhere). And I miss their youthful vitality. But hey, what are those small inconveniences compared to the boundless love they still give you? 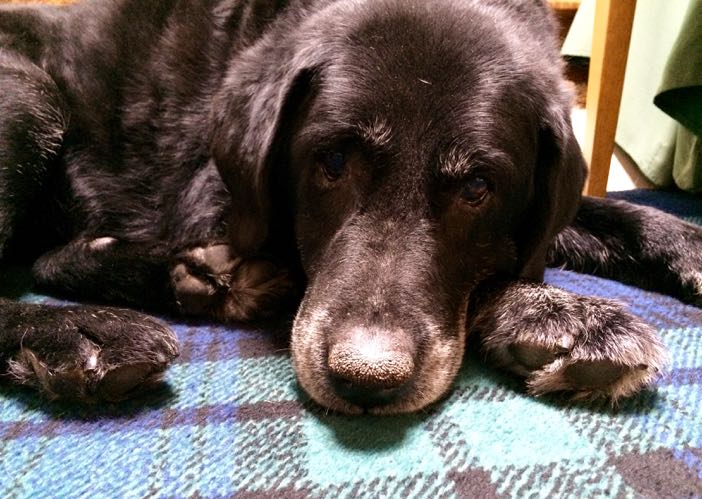