Last weekend I went with OH and friends to our local theatre to listen to Dame Esther Rantzen in conversation with her daughter Rebecca Wilcox. It was a really enjoyable evening as Esther is a natural raconteur and her life has been filled with laughter, tears and lots of hard work. Having listened to her for 90 minutes I could see how people warm to her, open up to her and how she manages to persuade those in power to support her on her crusades. She is a doer and nothing or nobody stands in her way if she is fighting for a better life for any group of people.

Esther Rantzen talked about her life at the BBC, at a time when females were mostly secretaries and found it difficult to get into the production side of television. Esther was one of the first female presenters and because of this she was a workaholic as she felt she had to be better than the men. She told us some hilarious stories of events that happened whilst she was presenting That’s Life – including the time she was arrested for obstruction when she was out on the street testing ‘Bat Soup’ on the general public. Her natural way with people and her ability to make them feel at ease so they could be themselves was apparent in her early work and again as she talked to us on Saturday night.

It was Esther that revealed the story of Sir Nicholas Winton on That’s Life in 1988. Sir Nicholas Winton organised the rescue and passage to Britain of about 669 mostly Jewish Czechoslovakian children destined for the Nazi death camps before World War II in an operation known as the Czech Kindertransport. The clip on YouTube is well worth watching – click HERE.

We are all familiar with the work of Esther Rantzen over the years. She was a TV personality with That’s Life, long before she set up Childline in 1986. Childline is a counselling service for children and young people up to their 19th birthday in the United Kingdom provided by the NSPCC. Childline deals with any issue which causes distress or concern, common issues dealt with include child abuse, bullying, mental illness, parental separation or divorce, pregnancy, substance misuse, neglect, and psychological abuse. It is hugely successful and has helped over 4 million children. Interestingly many of the children it has helped have then gone on to help others as a profession. As Esther’s daughter said on Saturday evening ‘the saved become savers’.

However what really rang home for me was when Esther spoke about loneliness in old age. Esther Rantzen lost her own husband Desmond Wilcox in 2000 when she was just turning 60 years and presumably it was about the same time as her own children were moving out. She downsized to a two-bedroom flat and then it was that she discovered what it was like to feel lonely. When you walk into an empty, dark flat, and there is no-one to have supper with. She said on Saturday, “no-one to shout at the TV with”. She described loneliness among the elderly as “a creeping enemy” which “erodes confidence”. I remember my own mother stopped watching television when my father died – she lost her ‘mojo’ and because she was 80 years old she was unable to re-invent her life and she gradually slipped into an isolated life and finally dementia. 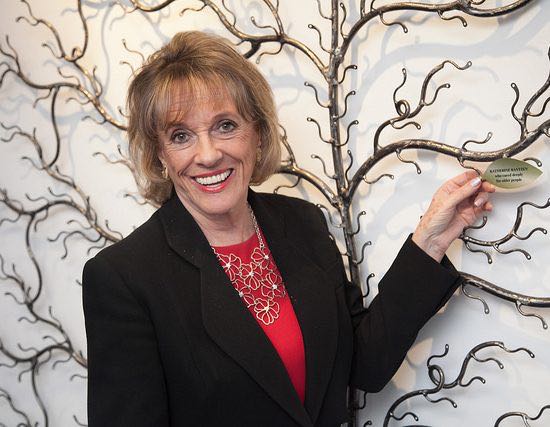 • a sign-posting service to link them into the many, varied services that exist around the country
• a befriending service to combat loneliness
• a means of empowering those who may be suffering abuse and neglect, if appropriate to transfer them to specialist services to protect them from harm

Since their national launch, The Silver Line Helpline has received over 1.4 million calls. Over two-thirds of these calls were made overnight or at weekends when no other helpline is available for older people who may be lonely, isolated or confused. They now receive around 10,000 calls every week from lonely and isolated older people; with 53% of callers saying they have literally no-one else to speak to.

Esther captivated us with the letters she has received from elderly people that Silverline has helped and we, the audience, were once again so moved and inspired. It is now that we must help to keep this invaluable service alive. As I said funding runs out in the Autumn and I am sure that Esther is working night and day to make sure she gets further funding. Meanwhile she told us how anyone can help to grow The Silver Line.

The Silver Line relies entirely on donations and with growing demand from older people we now need support for the helpline’s growth. We are investing in new phone systems and technology so we can answer more calls and future-proof our service; and recruit and train even more volunteers.

Whether you’re an individual, a company, or other organisation we would be grateful for your help. Partnering with The Silver Line, offering a gift-in kind or support with a cash donation will be invaluable in allowing the completion of this vital project which will support our long-term sustainability. 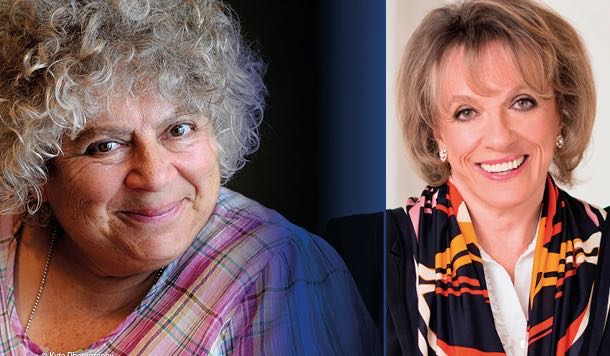 I admire and respect that Esther has dedicated so much of her time and energy to helping those in need, the vulnerable from each end of life, but I can see her point when she says that raising money and awareness for Child Line is easier than for Silver Line. People feel empathetic and compassionate to children but older people do not have as much appeal. There is a generation out there that is dwindling and yet have so much to offer us all with their stories and experience but we need to take the time to reach out to them.