I Love Europe in the Springtime / CountryWives

Last week I wrote, just as the snow was starting to fall in large flakes outside my window, of the places I’d like to visit come springtime in the UK. But after I sent off my article it occurred to me that I love Europe in the springtime. There are many cities renowned for their gardens, and come spring they burst with colour and life. And there are other cities that put on an excellent bulb show in their public spaces, or where someone at some time someone has really gone for it planting cherry trees. And while it made a nice change to be walking on streets dusted with snow, I’d rather stroll boulevards dusted with cherry blossom. This time I’ve come up with recommendations at the more-easily-justified end of the cost scale. That way it’s more of a fair comparison with my more local Spring-spiration from last week.

Unlike Paris, which people are readily willing to sing about loving in all seasons, Venice is not equal all year round. I, personally, think Venice is both more magical and more beautiful than Paris, but in summer it’s very busy and quite hot and it doesn’t always smell the best. In winter I love it, but it is cold and misty, and sometimes that translates to feeling a bit damp too. But I think in spring Venice is about as perfect as it gets. Leave behind the grandeur of San Marco and the Rialto, and wander along quiet canals and through dusty squares, pausing from time to time in churches, or in neighbourhood osterie and bacari for a Bellini here and a Vivarini there. Then hop aboard a vaporetto and ride across the lagoon to Murano, home of Venice’s fabled glass workers.

Where to Stay?
Al Ponte Mocenigo is romantic, traditional and full of character, just like Venice. It’s also in a superb location right on the water – in fact the accommodation is split across two buildings located on opposite sides of the canal. There are just 15 rooms, typically Venetian, and decorated with 18th century furniture, overlooking a pretty, private courtyard, and with rates starting from around £100 per night.
Practical Details: Venice Marco Polo is the closest airport, and has connections to Heathrow, Gatwick, Dublin, East Midlands, Manchester and Belfast. Marco Polo is on the mainland about 12kms from Venice by road and about 10kms by boat. During March the average daily maximum is 12°C, but by April you should expect around 16°C, and come May 21°C with around ten hours of sunshine a day.

Amsterdam is known for its flowers. Its bulbs especially. So, spring is a very popular time to visit – but it’s very much worth it. The flower markets are even more colourful and bountiful than usual, the Keukenhof Gardens is at its most spectacular, and during April there’s the annual tulip festival. Unlike many European destinations Amsterdam is statistically pretty dry and sunny in spring, so it’s also a good time to visit weather-wise. And of course, if the weather isn’t perfect the Van Gogh Museum, the Rijksmuseum and the Museum het Rembrandthuis, NEMO, the Anne Frank House and the royal palaces all have their doors open. Or you can shelter in one of Amsterdam’s famous cafes or chic boutiques.

Where to Stay?
citizenM Amsterdam City is a classic example of the CitizenM brand: slightly futuristic, bright, airy, and with top notch features like rain showers, huge beds and wall-to-wall windows available in their pod-like bedrooms. The communal spaces are all Dutch modern design chic, and you can get food and drink 24 hours a day. This is great value with rooms starting from around £80 per night.
Practical Details: Schipol is one of the world’s largest airports and is extremely well connected. It’s also well connected to central Amsterdam, with trains leaving for town every 10 minutes or so and taking around 20 minutes to get you to the central station. During March the average maximum temperature is 9°C, but by May it’s 17°C, and there’s around six hours of sunshine a day.

It’s not as if London is any less London during winter, but it’s obviously easier to stroll around town during the warmer months, plus the gardens are really beautiful at this time of year, and London’s gardens are underrated as an attraction. Kew Gardens is an obvious one, but not everyone makes it out to West London to visit, and this is the time of year to really make the effort. Plus, the Globe Theatre reopens on the 23 April – the anniversary of Shakespeare’s birth. And if it rains it rains! This is London, after all, and there’s plenty to do indoors. 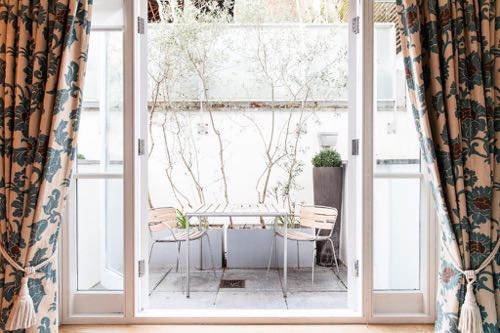 Where to Stay?
The Rockwell Hotel is a Kensington townhouse turned contemporary, independent hotel. It’s a great value base in an excellent location with 40 light, modern rooms and a modern British restaurant. Double rooms start from around £145 per night.
Practical Details: Heathrow and City Airport are closest to the centre of town physically, but not as close as the main train stations are. The maximum average temperature for London in April is 13°C, but by May it’s 17°C, with around six hours of light a day. I’m not going to be so bold as to call it sunshine, but some days it really is.

With its carefully restored Bavarian architecture, its pretty setting on a river-crossed plain in Upper Bavaria, a high quality of life, and a reputation for producing great beer and sausages, Munich has a lot going for it. And, like many European cities, Munich really puts on a colourful floral show come spring. The public squares in the pedestrianised area around the museum and galleries, Gärtnerplatz and Karolinenplatz, Bordeaux- and Weißenburger Platz, and Odeonsplatz and Promenadeplatz, are all planted out with bulbs and the Englischer Garten becomes a lively place to gather. The historic buildings and palaces turn their fountains back on too, and you’ll see people surfing the artificial wave by the Haus der Kunst. 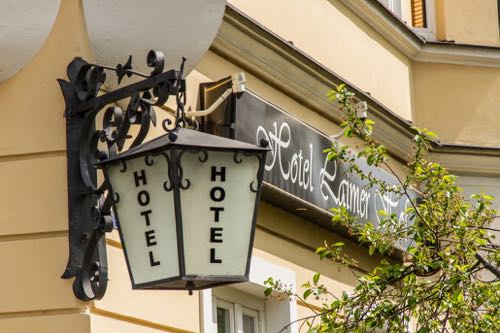 Where to Stay?
Get out of the bustle of town by staying at the cosily charming Hotel Laimer Hof, a 19th century villa turned 23 room hotel. The rooms are bright and fresh, with nice original features, whitewashed walls, brass bedsteads and wooden furniture. Everything is simple but attractively done, and you’re just a ten minute stroll from Schloss Nymphenburg and its park. Double rooms start at around £60 per night, B&B.
Practical Details: Munich Airport has direct links to London, Dublin, Edinburgh and Cardiff. During April the maximum average temperature is 9°C, but come May it’s up to 17°C.

Whatever the weather you find yourself spending a fair bit of time outside during any visit to Copenhagen, but during the spring there’s even more reason to linger amongst the prettiest parts of the Tivoli Gardens, or in the Parkmuseerne district, or the gardens of the royal palaces. And of course the wonderful Nyhavn area is as charming as ever. The museums and galleries are welcoming and the city is coated in a layer of cherry blossom. 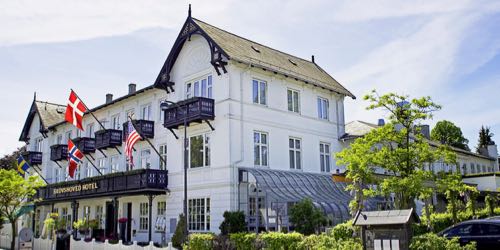 Where to Stay?
The Skovshoved Hotel is an elegantly restored coastal hotel just five miles outside Copenhagen. The rooms are romantic, yet chic and simple, with four-poster beds, whitewashed walls and sea views. Your closest neighbours are a collection of thatched cottages and seaside mansions, and there’s a Michelin recommended restaurant on site. Double rooms start from around £130 per night.
Practical Details: Copenhagen Airport is well connected to British airports, and from the airport it’s easy to get into town on the train. The maximum average temperature is still only 5°C in March, but come May it’s up to 16°C, with eight hours of sunshine, so I’m really saying visit Copenhagen during mid or late spring.