Everyone deserves this / CountryWives 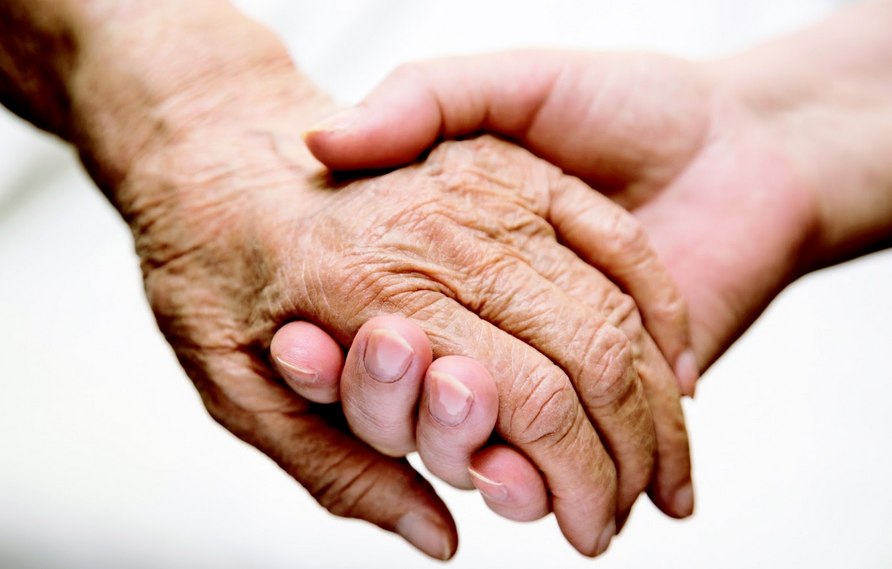 I have never had to really deal with death before. I suppose I have been lucky to reach the ripe old age of seventy one never having seen a dead body.

However, for the first time in my life, I am hands on. My darling neighbour has a husband who is dying. She has chosen to keep him at home, so that his last hours, days or maybe even weeks, will be pain free and filled with love. Her husband was, is, the most engaging and charming man. He has always been deeply naughty, he loves the ladies and has a wicked twinkle in his eyes. He is quick witted and, when you say his name, most people who know him just smile. So it is with pride and pleasure that I sit next to him now in a warm cosy room, filled with fresh spring flowers while he passes his last hours.

I am listening to peaceful breathing now. Thank goodness, no more pain filled cries. His wife, who has not left his side for days, needs to pop out to go to the bank and do a few important errands. The house is calm and the NHS and wonderful Marie Curie nurses are galvanised into action.

However this was not the case four days ago when I was woken very early by my darling neighbour asking if I could go to the surgery to pick up a morphine prescription for her husband who was in agony. The GP had visited the night before and had promised to drop in the prescription to the surgery at 8am so that the district nurse, who was to visit at 9.30, could give him an injection to alleviate his pain. It was a snowy morning, so I set off by foot. I arrived at the surgery at 8.15 only to find there was no prescription and the doctor in question was not yet in. The receptionist suggested I go to the pharmacy to see if the doctor had by any chance dropped the prescription there. Nothing at the pharmacy. I returned to the surgery.

“When do you expect the doctor to get in?” I asked.
I waited whilst a receptionist rang the doctor….. apparently the snow was so bad the doctor wasn’t coming in.
Wasn’t coming in? It was only a dusting… what was wrong with her? Apparently she would try and email the prescription via the surgery’s link. I imagined this would take a couple of minutes. So I waited… and waited. After 15 minutes I went back to the receptionist “Has the prescription not arrived?” Apparently it hadn’t. Hell or high water, I had to get this prescription.

Can someone else write one ? I asked. “This man is dying… can’t you help him? Can the doctor who saw him not tell the doctor here what he needs?”
“Oh no, that can’t be done.”
There was a lot of shaking of heads and murmuring about rules and regulations. Apparently EEC or NHS rules do not allow that. All probably done for a very good reason with the best interests at heart, but it wasn’t helping my friend’s husband.

“Right,” I said “YOU are failing this man when he needs you most. What can WE do to sort this out?  The nurse is coming at 9.30 to give him the morphine – if WE don’t get this on time, this man will suffer needlessly for many more hours. He has only hours to live, can you not search, bend a rule, and find a way to give him a pain free end to his life?”

There was a complete hush in the waiting room. Everyone looked up. The two other people standing at the reception desk stepped backwards and everyone looked at the doctor. There was a long silence…

The practice manager suddenly appeared from the back regions and stood behind the doctor.
“We ARE failing him” she said softly “This shouldn’t happen.”
“No, it shouldn’t” I said.
Looking the doctor straight in the eye I said “Will you please ring the other doctor and write me the prescription?”  The eyes of the entire waiting room were on him, willing him to take action. After a long silence he said yes.

I sat down. I could feel the atmosphere relax. People looked at me and shyly smiled. After ten minutes, the doctor returned waving the prescription. I grabbed it, dashed round to the pharmacy and marched to the top of the queue.”This is an emergency ” I said “A man I know is dying and he needs morphine.” The queue melted away. The pharmacist took the prescription looked at it and said
“We have only got half of it.”

Half of of it? Ye gods the legacy of Dr. Shipman is taking its toll.  “Will you please ring the other pharmacy now and ask them if they have some or I will have to go and get my car and drive into Reading.”

The woman behind me gave me a sympathetic look. “It really is shocking” she said “that they don’t carry that kind of thing all the time.” The pharmacist came back with the news that other pharmacy had what was needed. “I will run and get it” I said “and I will be back in ten minutes so please have the prescription ready.”

The end of the tale is that I did manage to get back with all of the prescription before the district nurse arrived – no thanks to the system.

It is very hard to bend the rules. Strictly speaking, a doctor is not allowed to prescribe morphine without actually seeing the patient (all, of course, done for highly commendable reasons) but sometimes situations don’t fit neatly into computer categories. That is when you hope that reason will prevail. In this case it did and for that I am grateful.

My friends husband died three days later. Pain free, he took his last breath, in his own home, and in the loving arms of his wife. Surely everybody deserves this?