I got chatting to a fellow wedding guest a few weeks ago about honeymoons. I’d never met this woman before, but we had both come to the same conclusion: They’re Not What They Used To Be! Going through the list of weddings we’d both attended we’d heard Brittany, Jersey, Cornwall, the Hebrides, the Loire Valley and Evian. All lovely as far as our chatter was concerned, but is no one plumping for Fiji or the Seychelles anymore?

Photos of exotic far flung destinations can really get your travel juices flowing, but the trend, in my circle at least, over the last decade seems to have been for slightly more austere choices. So this fellow wedding guest and I agreed we’d start looking at tropical island paradises again, at converted tea plantations covered in mountain mist, at lush jungles hiding grand temples, and at beaches with bars where they serve fruit you’ve never heard of before, and where you might get your bar snacks stolen by a monkey.

I hope she’s reading, because here’s my shortlist: 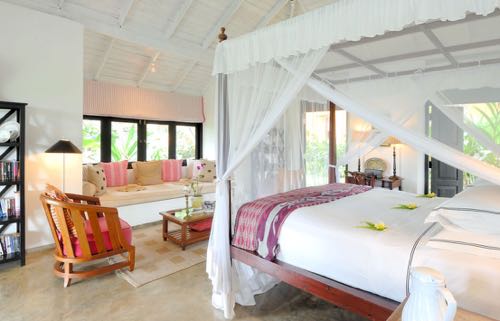 A Romantic Retreat?
Up in the tea-planted hills of Galle in Sri Lanka, Kahanda Kanda makes for a perfect lover’s retreat. These ten individually designed villas are luxurious and elegantly colonial in style, and surrounded by lush grounds and 12 acres of that mist-shrouded tea plantation I was talking about. The restaurant, in the main house, overlooks a palm-fringed tropical jungle, the beautiful pool runs along one whole side of the converted house, and there’s an expansive selection of spa treatments, the option for private dining and plenty of activities laid on. Doubles start from £260 per night B&B.
The tropical feeling city of Galle is an easy charmer with its warren of picturesque streets, proximity to the ocean and impressive fort – impressive for its size, its position and the fact that it’s now populated with bijou shops, bars and cafes. Colombo’s Bandaranaike International Airport is Sri Lanka’s only international airport. It’s about 30 minutes from Colombo, which in turn is about two and a half hours drive from Galle. KLM offers a number of services between UK airports and Colombo. 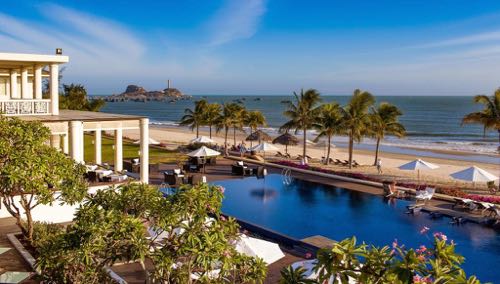 A Tropical Escape?
In a picturesque spot overlooking Ke Ga Bay on Vietnam’s south coast, the Princess D’An Nam Resort and Spa is a modernist escape with plenty of post colonial charm. There are large private villas and rather grand suites, all with access to four large pools, a fabulous spa, a stretch of private beach and two restaurants – which offer wonderful Vietnamese cuisine heavy on the locally caught fresh seafood. The resort has a billiards room, tennis courts, plenty of watersports facilities and a kids club, plus they offer yoga and tai chi classes and you’re close to a golf links. Doubles start from only £110 per night.

Binh Thuan Province is known for the beauty of its natural scenery and its beaches. The capital, Phan Thiết has a beautiful, much photographed, harbour filled with colourful boats, its coastline has several windy spots loved by windsurfers and kite surfers and it has picturesque mountains with a Buddhist complex known for its large reclining Buddha and its macaques and gibbons.

The nearest airport to Binh Thuan is near Đà Lạt, but a lot of people arrive in this province via Ho Chi Minh City, which is about 180 kilometres to the west. From Ho Chi Minh there are trains, buses and private taxis available to take you into Bình Thuận. The only airline to fly direct to Ho Chi Minh from the UK is Vietnam Airlines which flies out of Heathrow. The most relevant element of Vietnam’s climate for visitors is rain rather than heat, it’s hot all the time, but May through November is the rainy season. 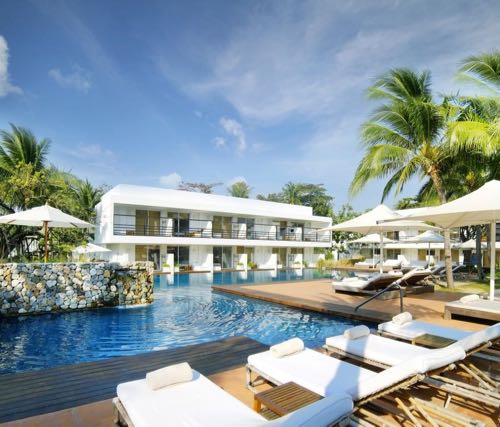 Or Tropical Fun?
Putahracsa is a relaxed, Mediterranean inspired resort in the beautiful beachside town of Hua Hin, just 200 kilometres south of Bangkok. The resort is festooned with foliage which really increases the sense of tropical seclusion and the decor effortlessly chic. The hotel has its own beachfront restaurant and bar, complete with a glamorous pool, and, by night, it lays on a house DJ. This is the kind of hotel you don’t need to leave. Doubles start from £110 per night.

Hua Hin was just a fishing village until the royal family took a shine to it and built their summer palaces in the area, and fashionable folk followed. These days it is still a pretty fashionable resort lined with high-end hotels and great seafood restaurants: the beaches are fantastic, with clean, pale sand and warm water, and it’s lively after dark. Hua Hin’s superb tropical savannah climate is one of the reasons the royal family built here. It’s warm or hot all year round, though sometimes it’s rainy. Even in the coolest season, which is between December and February, it still often hits 30°C in the day, but cools off to around 22°C in the evening. Between March and June it’s really hot and July through November is when it’s wettest. Suvarnabhumi International Airport in Bangkok is the closest airport, then there are plenty of options for travelling to Hua Hin. 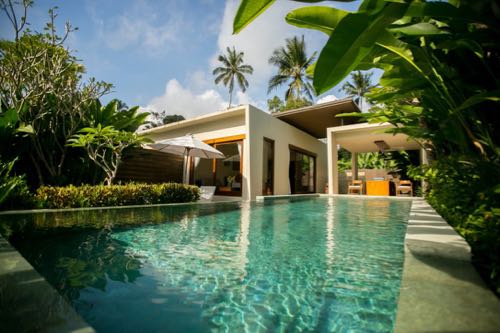 An Indulgent Island Break?
Bali’s Senetan Villas & Spa Resort offers secluded luxury in the form of 11 private villas complete with their own pools. Minimalist chic in style, this little resort is owned by the Balinese royal family – so has privacy as a priority! And it’s just 20 minutes from Ubud, but surrounded by jungle. The restaurant offers superlative home-grown dishes and the spa is utterly indulgent. Doubles from £145 per night B&B.

Beautiful, warm and friendly are the words oft-used to describe Bali. The temperate climate has a gentle humidity to it and everything is lush and green, fuelled by the rich volcanic soil. Rice paddies cut into the jungle give the views a quiet order. And sometimes it feels like there’s a temple on every corner; so the smell of incense lingers. Bali’s beauty and climate has attracted some of the world’s most luxurious hotel chains, and with them you’ll find sophisticated restaurants and bars. All with friendly, friendly service.

Bali’s international airport, Ngurah Rai – sometimes called Denpasar, is where you’ll need to fly to, and at the moment there are no direct flights from the UK. KLM and Singapore Airlines look like they have the best travel times and connections.

Just eight degrees south of the equator, Bali doesn’t experience much fluctuation in temperature. The rainy season lasts from December to April, when you can expect almost daily tropical downpours and solid humidity. 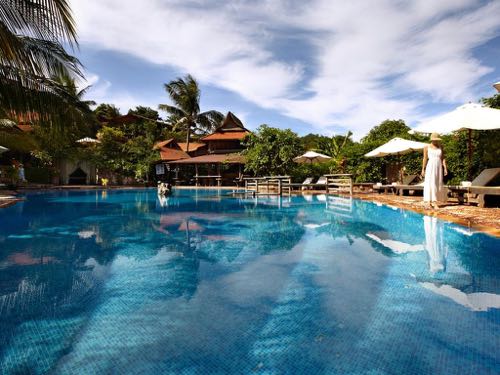 What about an Adventure!
Situated amongst the lush greenery of Cambodia’s Kep National Park on a peninsula known for its pristine beaches, the Veranda Natural Resort is a peaceful clutch of wooden Khmer style bungalows with modern interiors, exposed stonework and private terraces. Doubles start from around £85 per night, but for that you also get access to the spa offering traditional Cambodian treatments, and to a choice of pools – including one just for kids. The restaurant serves Western and Asian dishes and there’s a choice of bars as well as pools.

Kep is legendary for its sunsets and seafood. Historically, Kep has been synonymous with luxury and exclusivity, but some of that reputation has crumbled, like the graceful shells of the modernist mansions evacuated under the Khmer Rouge, and now overgrown with tropical flora. The hills and mountains surrounding Kep are perfect for hikers and bikers, and in amongst the growth, temples, wats and statues are waiting to be discovered.

Phnom Penh airport is the closest international connection, but there are currently no direct flights from the UK. Once in Phnom Penh you can transfer to Kampot airport or travel by road or rail. Kep, like the rest of Cambodia, is temperate to hot all year round, with November through February the coolest, driest season, when temperatures are in the mid 20s, March to May are the hottest months and June through August the wettest.