This time of year, when the days are getting shorter, but the leaves aren’t really turning yet and Christmas is a long way off, is, for me, the best time of year for a European city break. Many cities are beautiful during summer, but they’re also hot and filled with tourists. No, I prefer the fresher, but still sunny days, and if it’s rainy then who cares – there are so many indoor attractions anyway.

This year my city break short list includes some of my all time favourites, but also Lisbon – a place I’ve never been to but have been reading about (Night Train to Lisbon). Whether or not I opt for Lisbon, this year I fancy staying somewhere new so I thought I’d give the brief to the Hotel Gurus and see what they came up with.

Lisbon
Vibrant Lisbon is colourful and charming, with its rattling yellow trams, decoratively tiled facades and the melancholic strains of Fado music in the air. The centre of town was rebuilt after the 1755 earthquake, but the whole city sprawls across seven hills around the river. But it’s easy to explore, just take a stroll and you’ll come upon grand Gothic cathedrals pointing the way to scenic parts of town with pretty palaces, interesting museums and galleries and the odd monastery. And of course great cafes, great weather and ocean views. 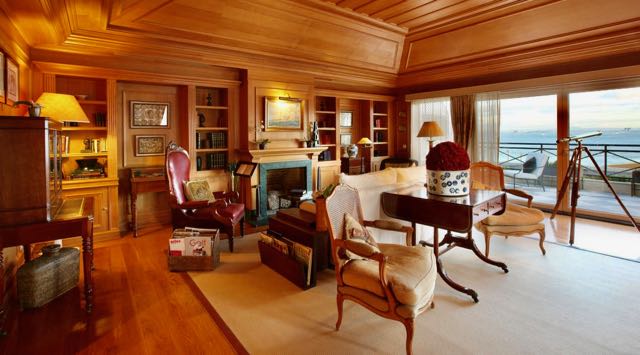 Where to Stay:
As Janelas Verdes was a riverside palace in the 18th century, but is now a 29 room hotel oozing with old world charm. Expect wood-panelled walls, ornate antiques and objets d’art in rooms with fantastic views. There’s also a rooftop library, a leafy patio and the feeling of this still being a private house, with you the pampered house guest. Rooms start from around €220 per night.

Part of the appeal of Lisbon is that it’s easy to get to. You can fly into Lisbon international airport, which is 6.5kms from the city, direct from Heathrow, Gatwick, Luton, Bristol, Manchester. The centre of town is about 25 minutes from the airport and there are easy public transport options. Lisbon is also connected to the European rail network, and you can get there in just shy of 24 hours via Paris. Slightly more surprising, to me at least, is that Lisbon is a busy port and there are three cruise ship terminals, so it’s also a good bet either pre or post cruise. Lisbon is one of Europe’s mildest capitals, with very warm, very sunny summers and mild, wet winters. Come July and August maximum average temperatures get close to 30°C, while during winter they’re rarely below 15°C . This time of year is lovely because the sea is warm, but this is really a great city to visit all year round, with plenty of sunshine.

Paris
Home to a glorious array of art and as beautiful as a city can possibly be, so many of us love Paris from her grand boulevards to her quintessential cafes and bars to her graceful parks and public spaces. And the people of Paris are every bit as diverting as the grand architecture, whether they are in charming, shruggy, flirtatious, dismissive or garrulous mode. As the song implies, there isn’t a best time of year to visit Paris, it’s a glorious treat every month. The real challenge is deciding on the best places to stay, because Paris’s hotel rating system is famously, and charmingly variable. 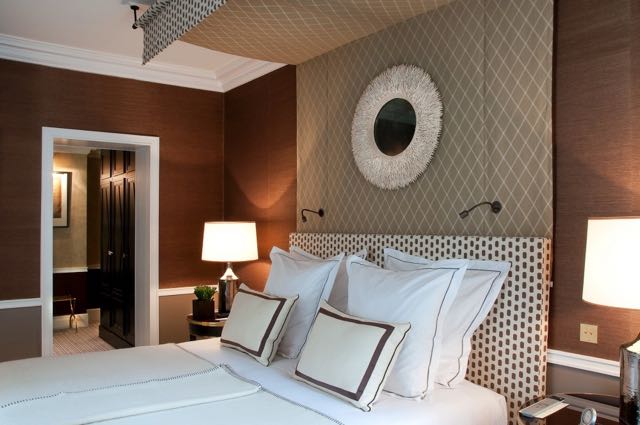 Where to Stay:
If for you the only place to stay in Paris is the Left Bank, the Hotel Recamier, is perfect: close to the Jardin de Luxembourg, with a crisp, contemporary intimacy. There are 24 elegant rooms and a peaceful ambience. And of course the location is impeccable. They also do a complimentary afternoon tea between 4pm and 6pm. Rooms start from around €219 per night.

Eurostar obviously makes Paris a very easy city to visit. From London you can drive there in about five and a half hours – but why would you when you can hop over on the plane, or train, and relax while you’re travelling. Plus, having a car in Paris is just a hassle. There is something to love about Paris in all seasons but it can be pretty hot in mid-summer. And traditionally Parisians leave town themselves at this time. Winters can be cold, and there’s only about two hours of sunshine, but it rarely drops below freezing during the day and those two crisp hours of sunshine are beautiful.

Florence
Cradle of the Renaissance, Florence is one of the world’s most beautiful cities, packed with wonderful art and architecture on a grand scale. Marble statues grace piazzas, ceilings and walls are fresco-covered and views are handsome and historic. And if you’re here for Michelangelo, Botticelli and Leonardo da Vinci, then why not have the accommodation to match? 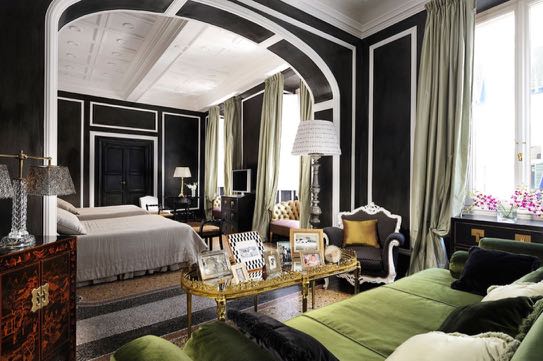 Where to Stay:
Casa Howard is intimate because of its location, and its conversion from an elegant old Florentine palazzo. It’s chic-ness stems from its creation by designers, who have decorated each room differently, but all are stunning. Expect fresh flowers in the rooms and honesty bars on each floor. The least expensive of the 13 rooms start from around €120 per night.

Florence has its own small airport: America Vespucci Airport, also known as Peretola, which is about three miles out of the centre of Florence. You can get a direct flight from London City and Gatwick to Peretola, but many of the low-cost carriers fly into Pisa’s Galilei Airport. From Pisa airport it’s a ten minute ride onto the central station, where you can find plenty of Florence-bound trains.

Florence has a typically Mediterranean climate with hot, dry summers and cold, wet winters, but it definitely has four distinct seasons. July and August are the most popular months to visit, when it’s quite hot. Basking even. June and September are slightly cooler and quite a bit cheaper. As autumn closes in on winter the days get wetter as well as shorter and cooler, but it quickly warms up once spring has sprung.

Copenhagen
Copenhagen is super cool, very friendly and charmingly pint-sized. For its size it’s got a lot going on. World class museums, world-renowned restaurants, world famous architecture and design, beautiful old palaces and churches and fantastic cafes and bars. It’s great to walk around, it’s great for families, it’s romantic, fresh and it has 15 Michelin starred restaurants, more than any other Scandi capital. It’s easy to see why Copenhagen regularly tops lists of the world’s most ‘liveable’ cities.

Where to Stay:
The Skovshoved Hotel is a beautifully restored hotel on the coast just five miles outside Copenhagen. Romantic and elegant, but surrounded by thatched cottages and grand summer residences. This hotel is centuries old, but has been tastefully revamped, with a fantastic Michelin-recommended restaurant. Some of the 22 rooms have four-poster beds and sea views and you can stay in them from around £160 per night.

Copenhagen is well connected to UK airports. You can fly from Heathrow, London City, Gatwick, Stansted, Aberdeen, Edinburgh, Manchester, Leeds, Birmingham and probably some of the smaller airports too. Coming out of the airport it’s very easy to catch the train into town, and it takes about 15minutes to get to the central station.

Copenhagen is very pleasant in the summer, when the days are long and the cafes and restaurants have their outdoor seating laid out. The warmest days in summer still only make it to 23°C or 24°C. Winter is cold, expect to experience freezing temperatures, but it’s so beautiful around Christmas that if you’re travelling then you won’t mind a bit. Autumn and spring are quieter as far as visitors go and there are some great hotel deals around.

Vienna
The Austrian capital has always been dignified, but there’s a thick layer of whipped cream around almost every corner. Its glorious baroque and Art Nouveau architecture, impressive art galleries and museums, rich musical heritage and cafés and cakes have been magnets for tourists since the days of the Grand Tour. Plus, the centre of town is compact and enjoyable to stroll around, with a treat and somewhere to rest on offer after every few steps. But it’s not all about what’s past, there’s a lot going on in Vienna now too!

Where to Stay:
The Ruby Marie Hotel is large, sleek and trendy, and has a fantastic location in the 7th district. But where it really wins are on its balconies, which offer beautiful views over their beautiful city. The decor is white chic and the bar is super cool. The most affordable rooms start from around €96 per night.

British Airways and Austrian Airlines operate direct flights to Vienna from Heathrow, or Easyjet will fly you out of Gatwick. KLM, Lufthansa and Air France fly out of the larger regional airports, so you can fly direct from Manchester, Leeds and Dublin too. You can also travel by rail, via Paris or Brussels and then Zurich, which takes around 20 hours.

Vienna is warm and moist in summer, but come winter it dries out and drops below freezing. This variation of temperature is apparent during a single day too, with summer maximum temperatures around 30°C during the day, but dropping to around 14°C at night. June is wet, but the showers are short, with July and August still expecting some rainy days. But summer is also the sunniest time to visit, so it’s still the most popular. Autumn is fresh and mild and very pleasant, and spring tends to warm up quite quickly. It’s cold, but visiting during the Christkindlmarkte, which runs from the end of November until Christmas, is quite magical!