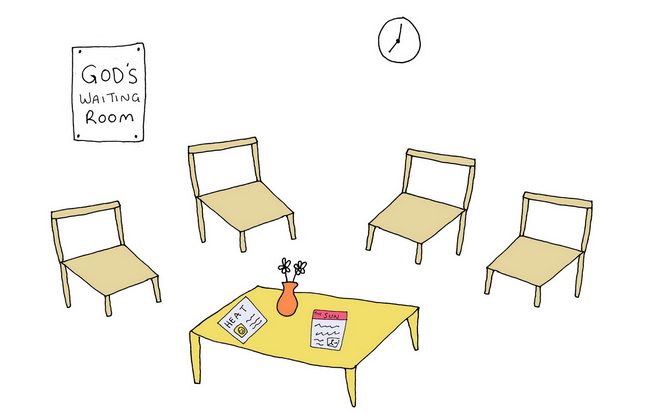 I have given in, even though I promised my mother I never would, and I have booked my MEM (Mad Elderly Mother) into a nursing home, or a ‘God’s Waiting Room’, and I feel like a lying, double-crossing daughter.

It was a difficult decision that was eventually taken out of my hands as my MEM got progressively more ill, weaker in body and loopier in mind, and the carers and I were on our knees. Her doctor came and said it was his decision as we all needed a break and a battery re-charge. Even though it is only for two weeks, I feel like I have let her down and failed to give her the care that she wants and needs. On top of this I have had to tell a few white lies in order to get her to go in and we are still not there yet as the bed does not become available until Tuesday. She told me today she is never going to set foot in “one of waiting rooms for God’!!

I know that it will be luxurious and pampering with excellent nursing and medical care, however it is not what she wants. But I am now so tired that if, when we check in, she refuses I may just lie down on the bed, push the button and order room service. However for all her resistance to go, I have a feeling that after two weeks she won’t want to come home but at £1150 per week that won’t be an option!

There was a moment when she was so ill, she was calling me Mummy and groaning with pain. I thought I would have to dial 999, but her doctor arrived 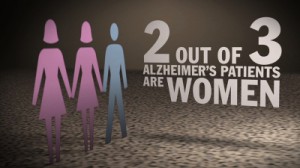 and said that this respite bed was a better option. However when you are in the midst of it all you just can’t see the wood for the trees and there is no-one that tells you what tomorrow may bring and, more importantly, how to deal with it. You have no idea what would be best for her. So I am on this massive learning curve with my mother. The cocktail of Alzheimer’s and cancer throws up problems that no-one could anticipate, such as the morning she managed to walk out of her cottage into the road and yell “Help – I am being neglected”. In actual fact the carer had left some 10 minutes before whilst MEM was asleep in bed and as she had not walked even a few steps for over 10 days and the next carer was only 20 minutes away it all seemed fairly safe!! The fact that her pyjama top popped open was even more of an issue as a male neighbour was the first on the scene. However it now transpires that it was all due to an UTI rather than a massive Alzheimer’s freefall. However at the time who was to know that these infections can make one go a little mad (or madder).

We are now back on a manageable level, with MEM now living in about 1952 i.e. we have moved on from the war years possibly because there is not quite so much in the media about the Great War centenary. She has decided she would like to move back to the house she lived in then when she was having her children because she says that is when she was happiest. My reasoning that she has not lived there for 45 years and we can’t just chuck out the new owner, did not seem to ‘cut the mustard’ and she insisted on calling her sister to get here mobilised and organising this move.

My own family are feeling neglected and whilst trying to be understanding and patient they sometimes run dry on both counts. When I return from a shift they don’t want to see an exhausted, grumpy mother, so I have to attempt the ‘all is absolutely fine’ look. This implies that everything is under control even though I have just realised the dry cleaners has closed for a week with my husband’s dinner suit that he needs this Wednesday, that I have forgotten to book the dogs into their carer for when we go away and she is now full – but that is not so much of a problem as I have not even booked our own tickets yet because I just have not had the time! Oh well maybe after Tuesday everything will settle down, I will be re-charged and my mother will be having a brilliant time being waited on hand and foot!

P.S. An interesting fact for all us slightly older ladies – Women age 60 and older have a 1 in 6 chance of getting Alzheimer’s disease in their lifetime, and are twice as likely to develop Alzheimer’s compared with breast cancer, according to a report from the Alzheimer’s Association. Keep doing our Daily Suduko test!