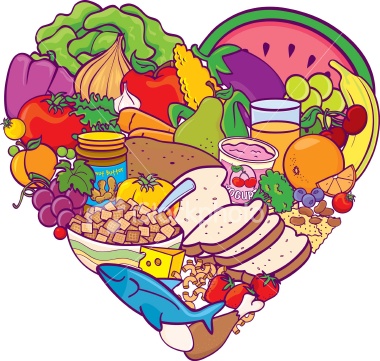 Well the fruit of my loins is now 20. Which means, naturellement, that he is no longer a teenager. Where did this strapping 6’4″ man that now looms over me come from? It was only yesterday that I was begging for another epidural while my husband rubbed my aching back (and chatted to the two rather attractive midwives). Our son will be 21 in October and so  thoughts are turning to where and how to celebrate his big birthday. I say big birthday, we were persuaded by him that his 16th and 18th birthdays were also worth making an effort for, so this is really his third big birthday to date. Lucky boy. I mean, lucky man.

While I have been organising a venue, invitations and – of course – a present, I’ve been reflecting on just how much he has matured in the last two or three years. Like many teenagers he often seemed so selfish – one minute he’d ask me if he could have six kids round for supper and to stay the night, the next ten, and finally only three would pitch up and even then they would bugger off for a pizza and sleep at someone else’s house. Husband and I made a conscious decision not to let his comings and goings get us hot under our collars. It paid dividends – he became much less tricky once we decided to be really tolerant of his constantly changing plans and cunningly bought food that could be cooked from frozen! 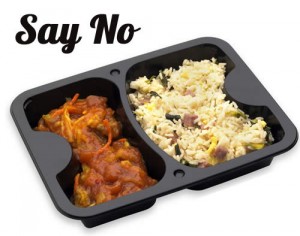 Nowadays, he is much more considerate. Mostly because he and his friends go out to restaurants or he cooks himself something to eat. When he is at home, he hangs around the kitchen and – at long last – is finally taking an interest in cooking. His father has shown him how to cook a souffle (sadly not in my repertoire) and when I am prepping lunch or supper, he is happy to help and keen to learn. I’m really delighted about this because, when he can finally afford to rent a flat, I would love him to cook his food from scratch, rather than buy ready meals which are stuffed with salt and sugar. Not that I’m keen to push him out of the family nest – far from it, he is really good company, always willing to tackle DIY jobs, plays a mean game of backgammon and still gives me huge hugs (normally after he’s persuaded me to slip him a tenner!) 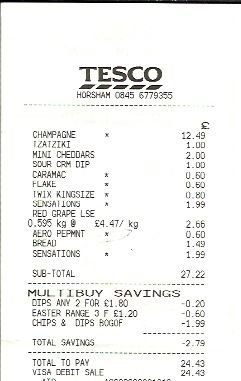 As I say, I’m keen that he will always cook himself healthy food.  Everything seems to be going in the right direction – he regularly goes to the gym and is always requesting high protein lunches and suppers, munches on apples and other fruit and rarely eats dessert. So, I couldn’t help roaring with laughter when I spotted a supermarket receipt of his – dated when I was away in Ibiza and he and husband were alone in the house. Check this out: