I make every effort with books that are on the Man Booker shortlist. However I often hear others rave about them so perhaps I am a Philistine. This year I decided that I would try to choose one to read from the Long List giving me a larger choice. I still struggled to find one that really captivated me. In the end, I chose Hot Milk by Deborah Levy. It was short so I thought that even I could get through that one.

I opened the first page and it was set in Almeria, in southern Spain. As I was going on holiday there in exactly a week’s time I thought this could work. I emailed my friend who lives in Aquadulce, near Almeria, where we were going to stay and she too was intrigued as it is not exactly a popular setting for books. 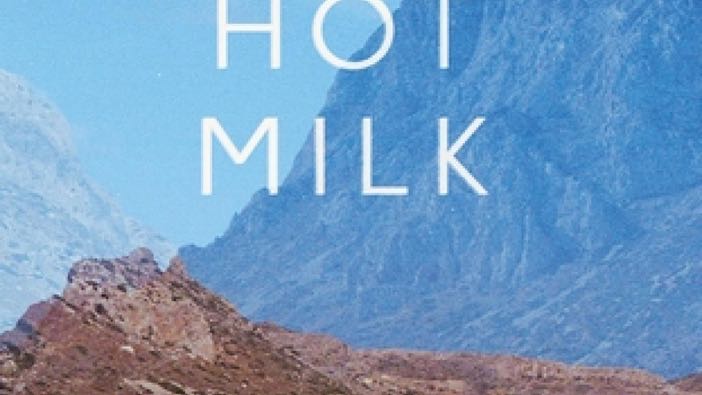 Hot Milk is not a page turner but it is mesmerising as it is so unusual. The characters are not your normal people or maybe they are but the author, Deborah Levy, peels their layers back to expose the real people underneath.

Sofia and her mother have come to Almeria to seek a cure for her mother’s mystery illness which confines her to a wheelchair most of the time. They are seeking the help of a doctor who some feel is a ‘quack’. Sophia’s father lives in Greece with his second wife, who is 40 years younger than him, and their baby daughter. This is the background however the real story is the interaction between the different characters and how they behave in these unusual circumstances. Sofia’s character is recognisable however her relationship with her mother is so unusual and changeable throughout the book – there is an underlying feeling of dependency on each other that they struggle to break.

Deborah Levy writes beautiful prose and her story is searching but as this was my first book by this author I did not know what I was letting myself in for. I did not like any of the characters and so by half way through I did not really care enough to want to know what happened to them and yet I continued. I will normally give up on a book I don’t like but for some reason I kept reading, maybe hoping for some good to come from it.

If you are a Levy fan I think you will really like this book as it is clearly another masterpiece of this style of writing. Let’s see if Hot Milk makes the Man Booker shortlist.