If Only These Walls Could Talk / CountryWives

For many of us there is a special house. Somewhere you spent your childhood, somewhere quaint you visited on holiday, or perhaps your first love nest after getting married. For me, it was my grandmother’s house in Ibiza – a white villa with bougainvillea creeping up its chalky walls. For Marilyn Mountford, a writer and entrepreneur, it was her Grade I listed childhood home in Hampstead, North West London. 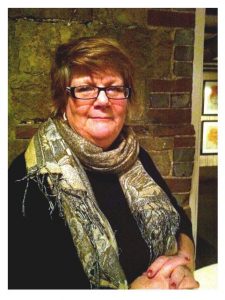 “I had a love-hate relationship with the house – it drove my parents mad,” says Marilyn, recalling how her late parents, Eve and Derek Faraday, were always having to spend money on its upkeep. “My parents called it a very demanding mistress!”

In the course of researching the house’s past for the benefit of her son, Marilyn began to discover that her childhood home had a rich social history. It was built in the late 18th century by the portrait painter George Romney and at various points played host to novelist Charles Dickens, nurse Florence Nightingale, Romantic painter John Constable and the Bloomsbury set.

After George Romney’s failing health forced him to sell up, a Mrs Maria Rundell lived there and wrote a bestselling cookery book based on recipes she had collected for her daughters. At the time, the book was a publishing sensation and a forerunner to the better-known Mrs Beeton’s Book of Household Management. About a century later, the house was bought by Sir Clough Williams-Ellis, the architect and creator of the Italianate village of Portmeirion in North Wales (also the name given to the pottery company set up by his eldest daughter).

“When I started investigating, I realised that my home was special. All these people came to it – British people of importance – and there was a story to be told.” It was at this point that Marilyn decided to turn her research into a book, documenting time spent in the house by these luminaries and also providing her readers with some practical advice on how to research their own homes. “If our house was so special, think about all the other houses that are so special.”

Even though Marilyn’s family sold their family home over 20 years ago, she still feels a deep attachment to Romney’s House, as it is known. When I asked her about her favourite memories there, she comes close to tears. “I am incredibly emotional about this,” she falters. “Big gulp! It means so much to me.” Regaining her composure, she reminisces about dressing up as a child and playing with her friends on the rooftop. “It was the highest point in London at that time and you could see right across London.” According to Marilyn’s research, William-Ellis’ wife Annabel, also an author, wrote all her books up there. 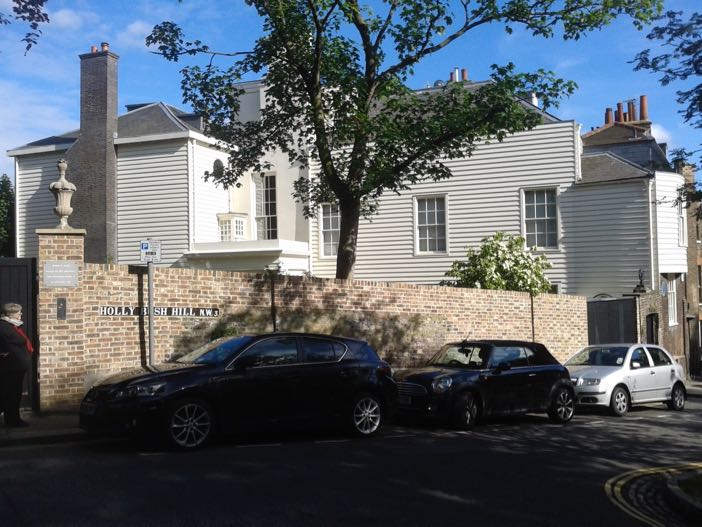 Marilyn’s book, entitled If Only These Walls Could Talk, focuses on one room in the house – the ballroom/studio, where her parents set up their own music and film studio during their 42-year ownership of the house. The north-facing studio was originally built by Romney, partly to show off his collection of busts and friezes that he collected on a Grand Tour of Italy. Some of Romney’s possessions from the house now reside in the Royal Academy and the Sir John Soanes Museum. Later on, when the house was owned by a group of people under a tontine system, the same room was used by Charles Dickens to deliver his penny readings. “He used to give readings of his books – they were terribly dramatic – and he only charged a penny so anyone could come.”

Marilyn, who has three chapters left to write before finishing her book, plans to self-publish using a printing company. With 150 photographs included in the book, she faces a £10,000 bill to cover copyright fees, as well as the cost of publishing and promoting the book. Having overcome financial difficulties in the past, she does not seem overly fazed by the enormity of the project and is looking at crowdsourcing to fund its publication. She believes the book has a broad appeal for people interested in history of art, literature and even old musical instruments (one of the house’s former residents, Raymond Russell, used the studio to display his collection of antique keyboards).

In the past, Marilyn has used her entrepreneurial skills to run a floral design business and an online shop selling cushions. Recent research shows that an increasing amount of people over the age of 65 (Marilyn is 64) are setting up their own businesses. “We are called ‘grandpreneurs’ because of being grandparents,” jokes Marilyn. “It is partly driven by finance – yes – but it is also because although we may have retired, we have still got a brain and a zest for living. We are not ready for sitting in the old folks’ home quite yet.”

If you are interested in finding out more about If Only These Walls Could Talk, do visit Marilyn’s crowdfunding site. Burgh House & Hampstead Museum is also planning to run an exhibition on the social history of Romney’s House in summer 2017.