Inspiration for an Indian Adventure / CountryWives

Two years ago, I went to India in what they call winter, which for us is the time when it’s not monsoon and not sweltering, and runs between about now and about April. And it was magical. But there were definitely a few gaps in my itinerary and I would have liked to have seen more. So, about a month after I got back, I started planning my next trip to fill in the blanks. That’s how keen I am to return. I picked out the places that I’d been to and had unfinished business in, and the places that I’d not managed to fit into our four week itinerary. Like Goa. Anyway, my planning might be helpful to anyone thinking about having an Indian adventure in the next six months – which is definitely the right time of year to go.

I still think about my time there almost every day. I wasn’t going there ‘to find myself’ as my contemporaries once did about 35 years ago, but I certainly feel enriched, and maybe a little changed, by my experiences there. If you’re looking for an unforgettable travel experience, India is still able to offer it.

Udaipur
Surrounding beautiful Lake Pecola and silhouetted by the verdant Aravalli hills, Udaipur is a glamorous, majestic city, cultural, easy going and archaic in equal measure.  It’s also India’s top honeymoon destination – and while around the iconic Lake Palace ad City Palace it might seem like every second building is a hotel or restaurant, move a little way out and you’ll find yourself in a world of charming haveli properties, ancient temples and bazaars. 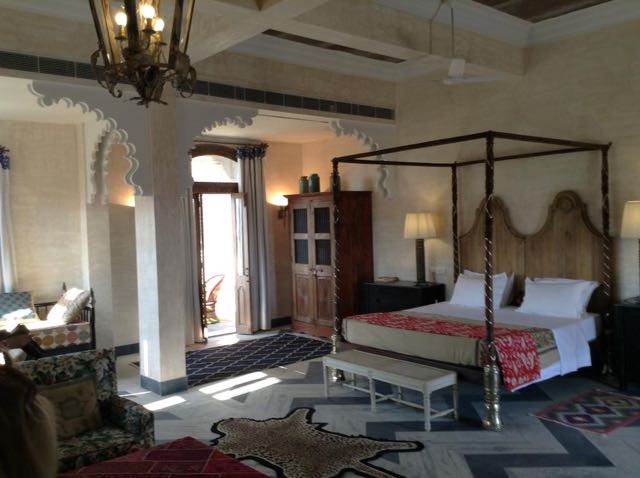 Where to Stay
Bujera Fort is a wonderful Mughal fort style building in a small village just 15 minutes from Udaipur. The interiors are somewhere between a palace and an English country house and the magical exterior, with its coral pink walls and cascading bougainvillea, promises tales of feudal Maharajas. But this fort is actually only a few years old which removes the issue of questionable plumbing and unreliable mod cons! There are 14 individually designed suites, plus a lot of energy has gone into the food served and the little details. And the views are incredible. Rooms start from around £185 per night.

Practical Details
The nearest airport to Udaipur is Maharana Pratap Airport which is about 20kms from the centre of town.  There are no direct flights from UK airports, you’ll need to change in either Delhi or Mumbai.  Winter is the best time to visit Udaipur – which, in the three season cycle of this region means between October and March, when it’s not too rainy or too hot.

Madhya Pradesh
Home to medieval forts, crumbling Mughal temples and some impressive wildlife, Madhya Pradesh is often referred to as ‘the heart of India’.  But it’s also one of the quietest destinations as far as visitor numbers are concerned.  Enjoy some of the country’s finest stone carvings at the historic town of Khajuraho famed for their erotic content, or arguably India’s best-preserved fort in Gwalior.  Or experience picture perfect Orchha for a slice of quintessential Indian village life.  Maheshwar is situated on the holy Narmada River and boasts over a hundred temples: it’s a great place to visit if you enjoy colourful festivals. 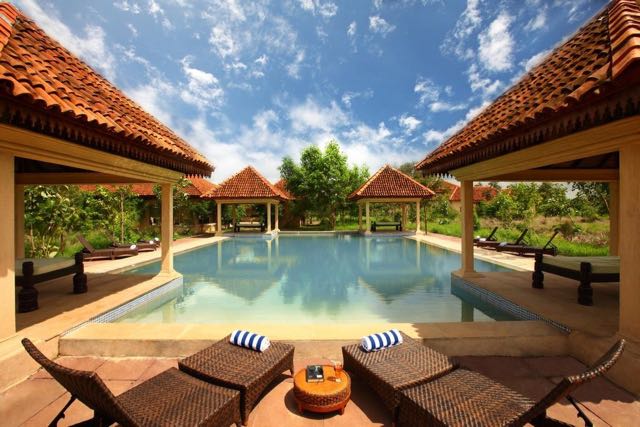 Where to Stay
Tuli Tiger Corridor is a superb tented camp with all the style and luxury, including open-air bathrooms and private terraces, but not the usual price tag. The decor is quite grand and colonial, and the feeling is of space and really being outside.  There’s plenty laid on here to do, so it’s the kind of place you could bring your family.  The restaurant serves Indian and Continental cuisine and the 23 rooms and suites start from around £100 per night.

Practical Details
Madhya Pradesh is a large state with multiple airports, including Indore, Bhopal, Jabalpur and Khajuraho.  Though you need to change at Delhi or Mumbai for all of these destinations. The best time to visit Madhya Pradesh is between October and April when the weather is at its most pleasant.  But the southern part of the state, where you’ll find a number of the incredible wildlife parks, are also open during summer – April through June.

Kerala
Owing to its geography, bordered on one side by the Western Ghats and on the other by the Arabian Sea, Kerala was never colonised to the same extent as other Indian states. Its rich heritage, iconised in the form of Kathakali dance, is still practised today and many Keralans still call the traditional kettuvallam houseboats home. A visit to Kerala takes things down a gear and for many is a welcome alternative to the freneticism of the rest of India. 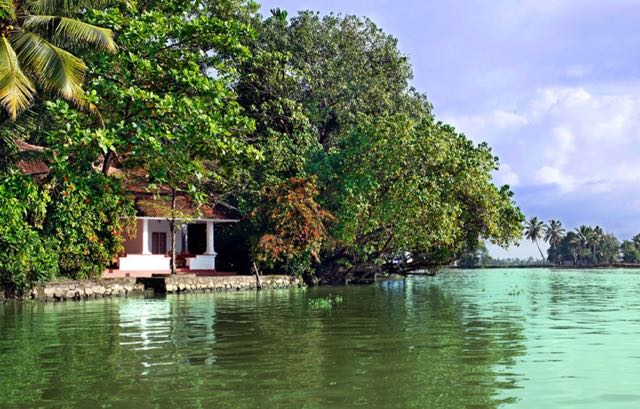 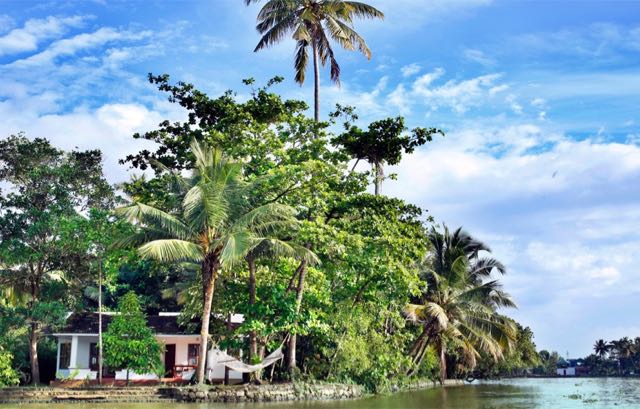 Where to Stay
Our Land is an eco-resort on its own island.  You can only arrive via kayak, and the rustic simplicity and peace start from there.  The maximum number of guests is eight and they lay on plenty to do, with a birdwatching walk starting every morning. There are just five rooms: four cottages and one treehouse, each with its own veranda and hammock and a simple shower en suite. They also offer Ayurveda massages and therapies.  Prices start from around £70 per night.

Practical Details
There aren’t any direct flights to Cochin, Kerala’s capital, from the UK, but you can go via Mumbai with BA or via Dubai with Emirates.  The best time to visit is between November and March.

Delhi
Dive right into the cacophony of the senses that is Delhi and you’ll find there’s even more to this city than the sprawling, chaotic, incoherent, colourful, historic wonder you’ve been promised.  Delhi can be confronting. But hold your nerve, join the current and you’ll discover the gems of both old and new Delhi. 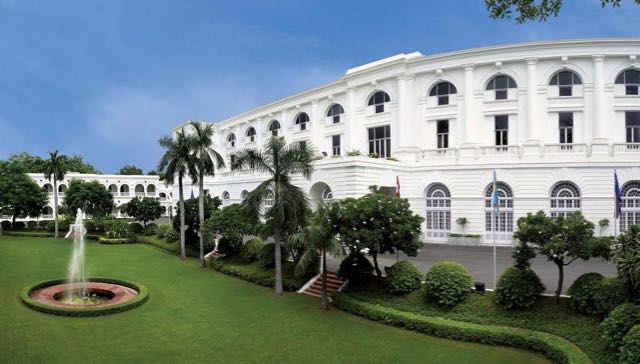 Where to Stay
For the very best of heritage Delhi, you need to stay at Maidens. This is where Lutyens stayed when he first arrived in the city, and the classical architecture – think Claridges of the East – was possibly an inspiration for him. Very much a home from home, this is a comfortable hotel with 55 spacious suites and bedrooms, an excellent restaurant and eight acres of lush gardens.  You’re also well positioned for Delhi’s Mughal monuments and Chandni Chowk. And it’s great value, starting from around £70 per night.

Practical Details
BA, Air India and Jet Airways offer daily flights to Delhi from Heathrow.  Delhi’s weather is best between October and March when the flowers are blooming and it’s not too hot or wet.

Goa
Idyllic and peaceful, yet also exotic, with its colourful culture and Portuguese heritage – and crumbling Portuguese colonial architecture – Goa offers an east meets west at the beach experience which draws in about two million travellers a year. Goa is edged by a long stretch of coast along the Arabian Sea, so as well as the party beaches there are also empty lengths where it’s just you and the sea eagles.  Inland are towns with beautiful churches and impressive art galleries, and wildlife sanctuaries. 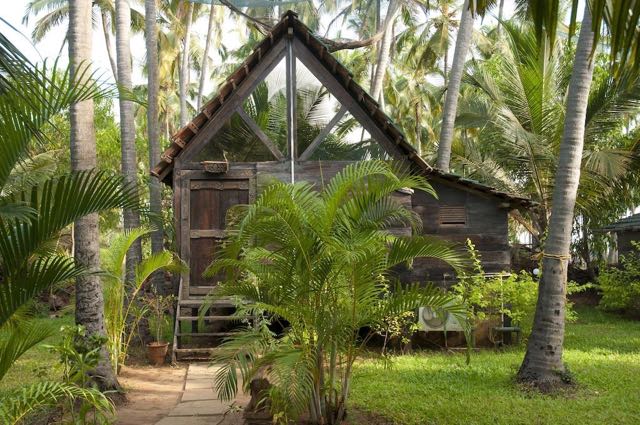 Where to Stay
For beachside privacy it’s hard to beat Leela Cottages which is a collection of 18 dotted around luscious grounds, right by a popular stretch of beach. Four posters beds with white drapes induce an air of romance whilst wood-clad bathrooms create a rustic feel. A healthy breakfast spread is included in the price of around £70 per night.

Practical Details
Goa’s airport is called Dabolim, and it’s on the coast near Vasco da Gama. You can fly direct to Goa from Gatwick and Manchester with Thomas Cook, otherwise you’ll probably need to change in Delhi. Goa is at its best between mid-November and mid-February, when it’s cool and comfortable.

The world awaits you. Check out our other travel savvy posts here.