Let us introduce you to Japan / CountryWives online magazine

I am usually the one asking for advice from the Hotel Gurus, but they recently asked for my advice on Japan. The Japanese aesthetic, and the way the national culture still appreciates the value of time and beauty, is something that has resonated with me since I was a young woman.  So much so that in my early 20s I spent six months living in Tokyo and seeing, and doing, as much as I could.  This does not make me an expert or guru in any sense of the word, but I have been back several times since and noticed which things have changed and what has remained fixed in time.

The Hotel Gurus just wanted to see if I thought they were missing anything from their list of recommendations.  They knew far more than I do, of course, but it’s always flattering to be asked.  And so it gives me an extra bit of pleasure to share with you some of their new recommendations for Japan.  (And it probably gives you all some pleasure not to hear me rabbiting on about Christmas for another week running.)

Tokyo Treasure
Full of contradictions, Tokyo overwhelms with its herded crowds, retina searing, hyperactive neon, incessant noise and unusual scents. In Tokyo things are either rooted permanently into the culture or exist for a fleeting moment: pop groups have a shelf life of a fortnight while sumo traditions are conducted in the same place and way as they have been for centuries. Tokyo has the newest trends in everything, fashion, clubs, food – you can buy almost anything from 24 hour vending machines (which never seem to be out of order) and take naps any time of the day in your own capsule when you’re overwhelmed by all the karaoke, kabuki, temple visiting and space age shopping. TWELVE MILLION people live in this city, packed tightly into miniature apartments in the centre, but in the suburbs there are still wooden houses along narrow streets ending at shrines or temples set in bonsai perfect gardens. All this and the trains run on time! 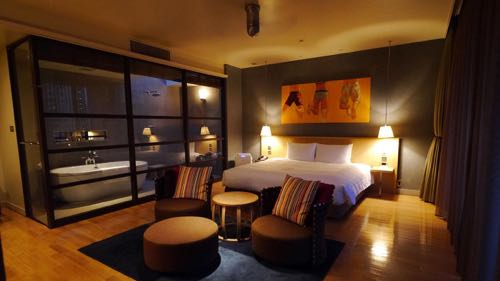 The Conrad Tokyo is super stylish, with the kind of futuristic luxury vibe many of us associate with Tokyo. This is a large hotel with almost three hundred rooms, in all shapes and sizes but all contemporary in style and many with incredible city views, plus there’s an award winning, Michelin-starred restaurant and a superb spa.  The service is absolute perfection.  And you’re right by the Tsukiji fish markets and the Hamariky Gardens.  Double rooms start from around £264 per night.

Practical Details: Narita and Haneda are Tokyo’s two international airports, Narita being the larger of the two.  From there it’s easy to catch the Narita Express Train, which connects to all the major Tokyo stations.  Haneda is closer to the city itself, but there are fewer direct flights – B.A. and Virgin both offer direct flights from Heathrow, though.  From there you can catch the monorail.

Kyoto lets you back into the world of old Japan, of its religion and royalty and commerce and nightlife. Gion’s streets beckon welcomingly after a day of gazing in awe at the time and positive energy funnelled into the construction and upkeep of Kyoto’s thousands of temples and shrines, proving there is still a lot of life in this beautiful old girl yet. Once a place of geisha silks, parks carefully laid out to reflect the seasons, narrow cobbled streets and wooden dwellings, and classically beautiful art and writing, these things remain but are kept aside like museum pieces rather than part of the regular cycle of life.

Traditional Japanese ryokans are a cross between a guesthouse and a Japanese home, known for their classically styled rooms, with tatami mat flooring and futon beds, and the Kyoto Garden Ryokan Yachiyo is a beautiful example. Set amongst traditional gardens with large floor to ceiling windows and luxurious bathrooms, this ryokan will certainly offer you a tranquil and traditional experience in this special city. You’re next door to the Nanzen-ji Temple. And rooms start from around £130 per night.

Practical Details:  The closest airport to Kyoto is Osaka International Airport, from where you take an airport limousine bus (which takes around 50 minutes). Kansai International airport might be more convenient and is about 90 minutes from Kyoto by direct express train.  It may well be cheaper for you fly into Tokyo Narita or Haneda airports, then it’s about four hours on the shinkansen (bullet train).  Spring and Autumn are still the best times of year to visit, when festivals and the changing hues of the city’s gardens bring back the colour and polish of the Kyoto’s rich traditions.

Historic Nara
Second only to Kyoto when it comes to sites of incredible historic and cultural beauty and value, little Nara was Japan’s first capital city.  It is 1300 years old and built around an incredible park, Nara-kōen, which is filled with ancient temples and relics, the most impressive of which is the Daibutsu, or Great Buddha.  Because there are so many treasures within this park and the surrounding area – and they’re so beautifully laid out and preserved, many people ‘do’ Nara as a day trip from Kyoto, but you could easily do it the other way around.

Where to Stay?
The Nara Hotel is an historic property in classic Japanese architecture with 132 elegant rooms and a country house hotel-type feel. Inside the hotel has high ceilings, beautiful antiques, floor to ceiling windows, fireplaces, two elegant restaurants and a glamorous bar. Double rooms start from around £145 per night.

For Rural Japan
Despite it’s relatively small size, Japan is an incredibly varied country when it comes to landscape. The mountains come in impressive sizes – and many of them are volcanic – and there are some beautifully pristine pockets of rural Japan. Culturally there are some wonderful experiences to be had too. Sure, fewer people speak English than in the cities, and there are fewer English signs, but local and regional traditions are strong and if you’re at all interested in ‘old Japan’, then getting out into the countryside will allow you to experience more of that. 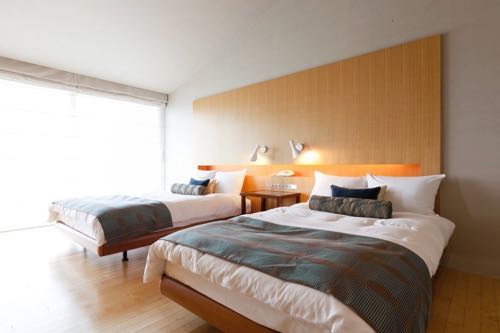 Where to Stay?
L’Hotel du Lac is in a tranquil spot on the banks of Lake Biwa, surrounded by lush green hills, and close to the historic glass-making centre of Nagahama. There are just 13 rooms and private villas, offering sleek, contemporary accommodation and an escape for families or couples. There’s a wonderful French fusion restaurant and beautiful views. Rooms start from around £380 per night.

Practical Details: Nagahama is on the Hokuriku main line, which is a shinkansen line.  But the L’Hotel du Lac is in the middle of nowhere, which is sort of the point with this recommendation.  Most of the rural hotels and guesthouses bend over backwards to help you reach your destination though so don’t be put off by its remoteness.

Less-Visited Kyūshū Island
Most southern and western of Japan’s main islands, Kyūshū is lush and green – near tropical – and actively volcanic. Despite the verdant beauty of the landscape, the dramatic coastlines, its wonderful history, the legendary pottery making region, Saga, and the multicultural metropolis of Fukuoka, Kyūshū is probably best known for sad but sweet Nagasaki.  Kyūshū is also where you’ll see the monkeys. 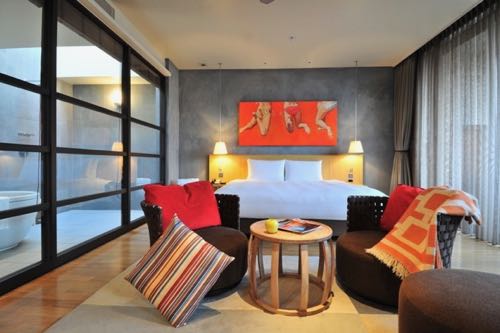 Where to Stay?
The name is a bit of a surprise, but With the Style, Fukuoka is a great, modern hotel in the heart of Fukuoka, with big, bright modern art, a patio and pool, a hip bar and two atmospheric restaurants. The best of the 16 rooms also have their own private terraces.  Doubles start from around £185 including breakfast.

Practical Details: Fukuoka airport is one of the busiest hubs in Japan, with excellent links to the rest of the country and to Asia.  It’s also linked to Osaka by shinkansen, and you can travel direct to Tokyo in about five and a half hours. Train is the best way to get around the prefecture.

About Us
The Hotel Guru has done your hotel research for you.  We’ve commissioned a collection of leading travel writers and journalists to offer their recommendations on where to stay, found out all the important, and minute, details about each property, and then cross referenced that with guides we respect.  So if having a hot tub is important to you you can search by that, likewise pet-friendly properties and hotels with a great wine list.  See some of our previous recommendations here