Such A Marvellous Jolly (And Educational) Dinner Party

We went to a marvellous, jolly dinner party of our friends, Simon and Sue. I am actually, despite outward appearances, chronically shy at finding myself in a room full of strangers. I grin inanely and talk rubbish most of the time. I found myself next to a fellow who I thought was chatting about Glastonbury. I have no personal knowledge about Glastonbury but I had heard of it, at least. Well, he wasn’t talking about that festival at all, he was jabbering on about something called Garsington which, it transpires, is another festival all to do with classical music and opera.  In my defence he had said ‘ghastly’ so many times that I was getting terribly muddled with all the ‘G’s’ being bandied about.

“Don’t you know about Garsington darling? Where have you been?”

“No, I haven’t a clue about anything remotely classical and, come to think about it, I am pretty sure I don’t like opera either. It’s a good question, I probably haven’t been anywhere!” I replied happily.

“Darling, how ghastly. You should shut your mouth on Friday and not open it until Monday!”

After this amusing put-down, we ended up sitting beside each other during dinner. He had obviously forgiven me for being such an ignoramus because he proceeded to pat me and squeeze my arm like I had been a very good dog. He may have just been trying to comfort me on my stupidity. Or perhaps let me know that I had unfathomable hidden talents lying somewhere else, like at the very bottom of a deep, dark lake!

When hearing some horrendous warbling in surround-sound the next morning, I asked my host if he could tell me the difference between operatic music and classical music. He started off by explaining about arias but, seeing my eyes glazing over vacantly and that my head had, most likely, left the building, he changed tack. 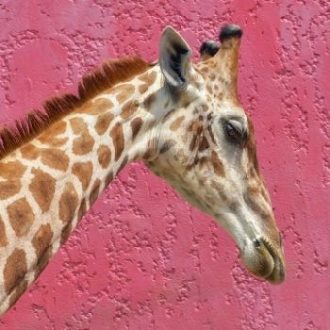 “Classical music is the whole animal kingdom and opera is a giraffe!” I got it!  In that one sentence! He is a genius and should have been my teacher. If he had been, I hate to think what heights I could have reached in academia. I would have been awash with Firsts from Oxford and Cambridge. The rest of the weekend I would happily chirrup, “Ah, that’s a giraffe if ever I heard one.”  Knowledge is a dangerous thing. The hubby is concerned I will bring this newfound wisdom to the next dinner party we are asked to. I might too.