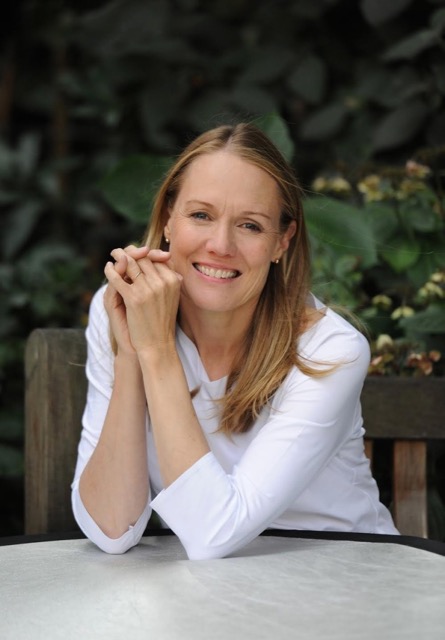 Australian author Joy Rhoades has received some rather good news. Her novel, The Woolgrower’s Companion, has become the bestselling debut in Australia so far this year. Fresh from a book tour of Sydney, Melbourne and Adelaide, Joy is as bubbly and loquacious as her name would suggest. Her epic, coming-of-age story, set in the Australian bush at the end of the second-world war, has clearly captured the imagination of readers back home and is launching this month in the UK, where Joy is now based. “I wanted to write well [in the sense of literary fiction]  but my book is also a cracking yarn,” she tells me in an interview with CW.

Back in February, I was engrossed by my review copy of The Woolgrower’s Companion, drawn irresistibly into a tale of forbidden love, macho graziers and intense heat. The novel follows the fortunes of Kate, a young woman battling to save her family sheep farm from financial ruin. The arrival of Luca, an Italian prisoner of war, assigned to work on the farm, shakes up Kate’s world in more ways than one – be prepared for shimmering sexual tension, Greek God physiques and a few tests of character. Click here for the book review.

Joy Rhoades began her journey to literary success in New York, where she was working as a lawyer for an investment bank. She started taking writing classes and expressed her longing for her Aussie homeland by writing about the outback. The tutor proclaimed that hers was the best story he had seen come out of the writing classes. “At the time, I was nonplussed,” says Joy lightly, “I thought it was just American enthusiasm.” 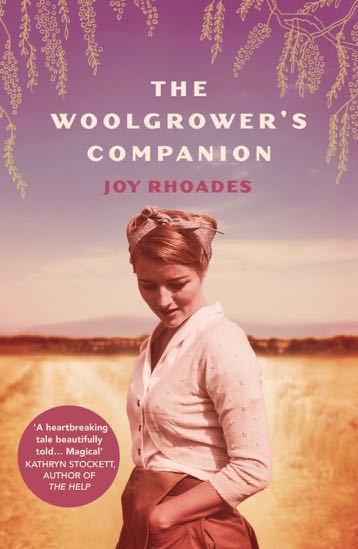 The novel that grew out of those classes remains a product of homesickness. “That connection to the land has always attracted me,” Joy says, recalling her childhood in Queensland and her father’s family sheep farm in rural New South Wales. Suffering from sleep deprivation amid “the unbelievable noise and density of population” in New York, Joy’s writing became a conduit to home. “It was being able to close my eyes and hear the bowerbirds and smell the eucalyptus.”

Parts of the novel are inspired by the experiences of her paternal grandmother, Gladys, a fifth-generation grazier. Joy was able to mine her grandmother’s memories for nuggets about life on the land, the war, Italian POWs, the Aboriginal people and the strict social codes of the time. Gladys passed away in 2009 and never got a chance to read the book, but Joy jokes that a few scandalous elements in the story may not have gone down well. “I can imagine Granny being very cross in heaven. ‘Dear, people will think you are writing about me!’”

Joy was also determined to provide a sensitive and respectful portrait of her Aboriginal characters, including Daisy, Kate’s 14-year old maid. During the course of her research, Joy consulted with various indigenous experts to check her cultural references and have her manuscript vetted. Activist and poet, Kerry Reed-Gilbert of the Wiradjuri Nation, was particularly supportive. “The debt I owe her, I can’t begin to describe,” says Joy. “She has taught me so much and she was such a gentle sharer of knowledge.” The two women met in person for the first time during Joy’s recent book tour.

The Woolgrower’s Companion is a novel about resilience. We witness the trial of Kate’s character under enormous pressure, the post-traumatic stress disorder suffered by her widowed father and the physical scars marking the bodies of the Italian POWs. There is some fun to be had as Joy pits her prudish heroine against a cast of macho men, but this is predominantly a story of survival against the odds and hard-won regeneration. “Confidence that change can happen often comes out of youth,” Joy says. “Kate is an unlikely trailblazer – but there is strength in the unlikeliest of places.”

Nevertheless, the book wears these issues lightly because it is Kate’s growing friendship with Luca that takes centre stage. He helps to shape Kate’s moral journey throughout the novel, while she provides his stoic soul with a measure of comfort. “Sexual tension can go on for such a long time, fuelled by genuine friendship,” Joy observes. “It is a surprise to them both and never something they would have deliberately done.” This sense of humanity knocking against the tide of convention and propriety is a key dynamic that drives her story forwards.

But I have saved the best news for last. Joy Rhoades is already working on a sequel! “I was just so invested in the characters,” she says, laughing. “And there’s lots more to hear from Kate.” I, for one, cannot wait to read the next cracking yarn from this promising, new writer. In the meantime, the rest of you can savour the pleasure of reading The Woolgrower’s Companion, following its UK release last week (8th June 2017). Click here to order your copy.